Radisson’s co-branded credit card in the United States has brought back one of the best bonuses we’ve ever seen on the card. This comes just days before Radisson Rewards’ new Americas-specific loyalty program launches.

At the moment the Radisson Rewards Premier Signature Visa Card has a welcome bonus of 120,000 Radisson Rewards points. You can earn those points by spending $3,000 within the first 90 days.

We’ve seen this offer a few times before, but it has been nearly a year since we’ve seen an offer this big on the card. This is in line with the best offers we’ve seen on the card. This card is issued by US Bank, which is an issuer that isn’t quite as popular in the travel card rewards space.

Is it worth getting the Radisson Rewards Visa?

I have the Radisson Rewards Visa simply for the perks it offers. The perks include:

Then here’s the new award chart as of later this week, when the Radisson Rewards Americas loyalty program launches:

As you can see, the new award chart is “simplified,” but arguably significantly less lucrative.

The reason I have the Radisson Rewards Visa is because it offers 40,000 points on your account anniversary every year. I value those 40,000 points at ~$120, so I’d gladly pay the card’s $75 annual fee for that. The Gold status is the icing on the cake.

Some people may find it worthwhile to spend up to $30,000 on the card per year to earn the additional free night e-certs, though they do come with quite some restrictions, including that they can only be redeemed at properties in the United States.

So if it’s the welcome bonus you’re after I think there are much better hotel credit cards out there, but this is a card that’s worth keeping long term for the 40,000 points offered annually, in my opinion.

While I do think the card is still generally worthwhile, it’s worth noting that this card used to be really awesome back in the day. The card used to offer a second night free benefit on all award stays, so you could literally stay in two night increments and get 50% off award stays. Unfortunately that perk was eliminated in 2015.

I also find it strange that this card has foreign transaction fees, given that Radisson is a hotel group that has most of its properties outside the United States.

The Radisson Rewards Visa once again has a welcome bonus of 120,000 points. This is among the best offers we’ve seen on the card, so this bonus may interest some. However, this comes at a time when the new Radisson Rewards Americas loyalty program is launching, and the award chart is being devalued. Personally I’d give this offer a pass.

4/2/22- I got a letter today that US Bank is discontinuing Radisson cards next month and will send me one of their own cards. hmmmmmmmmmm

It is still available. You have to go on the radisson website to apply.

Is the card no longer available? I'm not seeing an application link when I check it, though most other information (excluding any mention of sign-up bonus) is still up. 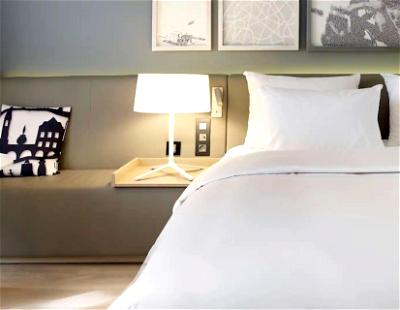