Yesterday I posted about British Airways’ website finally displaying Qatar Airways award space, which is a pretty exciting development. As it stands, Qatar Airways is set to join the OneWorld alliance on October 30, 2013, though both American and British Airways already have reciprocal mileage agreements with Qatar Airways, so it’s possible to redeem both mileage currencies for travel on Qatar Airways.

Going back a couple of years Qatar Airways partnered with United, so it was possible to search their award space on united.com. At the time award availability was ridiculously good. Virtually all flights seemed to have multiple business class award seats, so it was a great use of United miles. I was curious to see if availability has changed over the past couple of years.

So the bad news is that award space on Qatar Airways doesn’t seem to be as readily available as it was a couple of years back. It’s by no means horrible, but just not great either. The good news is that when they do release business class award space, it seems to be three to four seats per flight.

Qatar Airways’ North American destinations include Chicago, Houston, Montreal, New York, and Washington, and based on the searches I’ve done it seems like Chicago and Washington are the easier gateways for award availability, while Houston, Montreal, and New York are the more difficult gateways. Starting April 2, 2014, they’ll also be launching service to Philadelphia.

Generally availability seems to be best on Tuesdays, Wednesdays, and Thursdays, with very little space on weekends aside from within a week of departure.

Here’s what I’m seeing for the dates I searched (and it’s by no means meant to be conclusive): 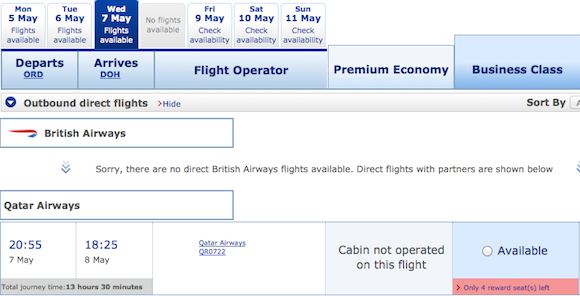 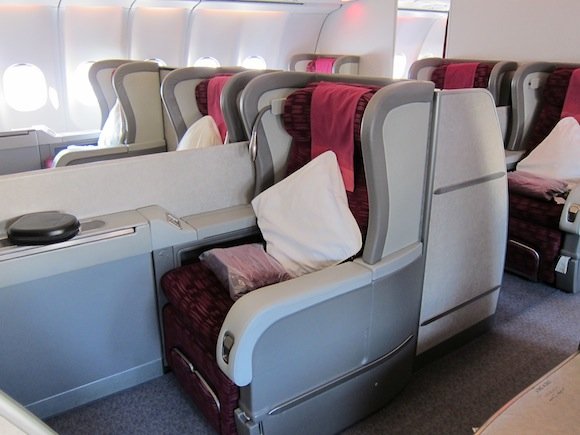 The good news is that award availability from Paris is phenomenal. With the exception of travel over peak summer dates next year, they seem to be releasing two first class award seats and four business class award seats per flight. 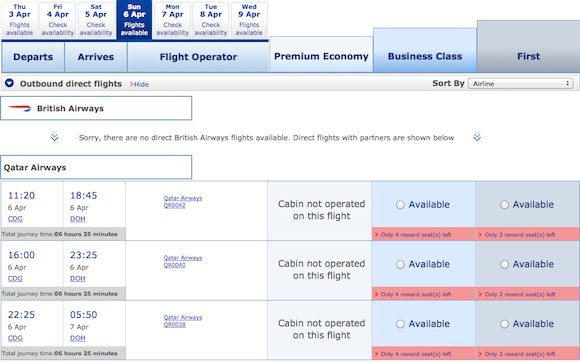 Availability out of London is good. Not amazing, but good. Unlike Paris not all flights seem to have two first class and four business class award seats per flight, but nonetheless a good number of flights have award space. There’s not much availability over weekends, but with a bit of flexibility it doesn’t seem too tough to find space out of London. 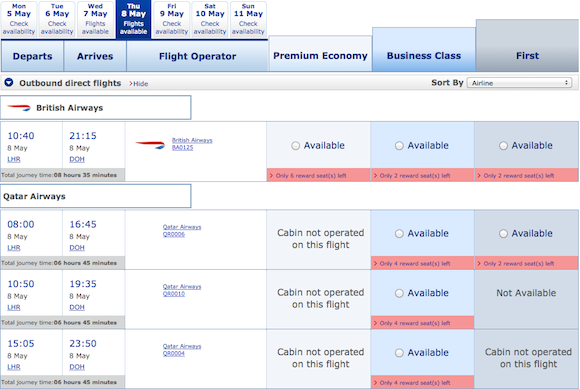 Between Doha and Dubai the fuel surcharges are $181.40, which actually seems rather high for such a short flight. 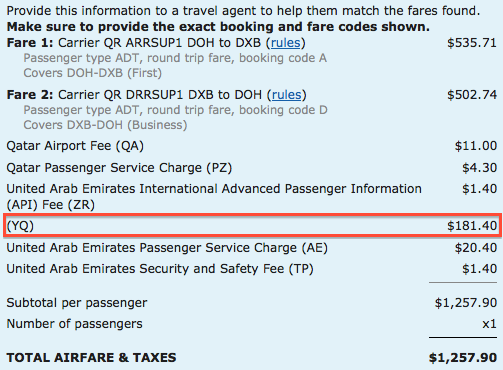 Meanwhile between Doha and Johannesburg they’re $269.20. 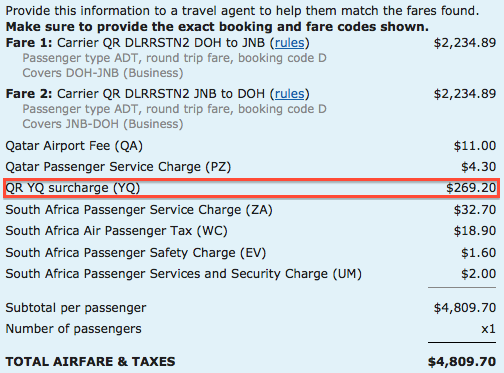 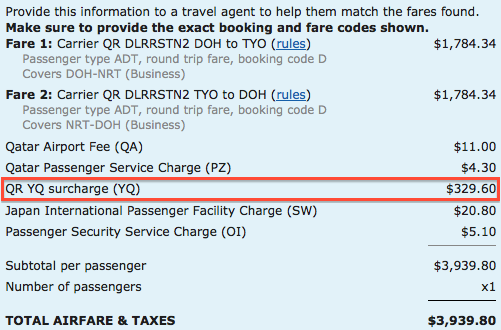 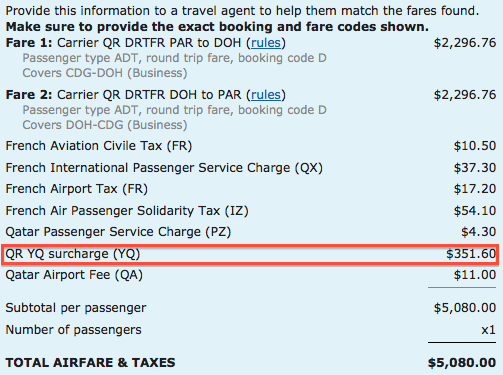 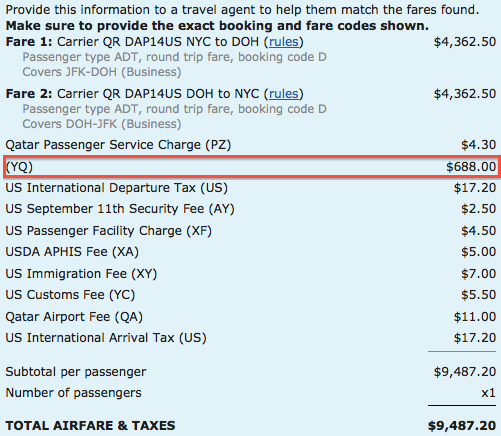 So on the whole these fuel surcharges aren’t cheap. They’re not quite as bad as those imposed by European carriers, but also worse than those imposed by Cathay Pacific, for example. Still, in many cases it can make sense to redeem British Airways Avios for travel on Qatar Airways.

The British Airways search tool can be cumbersome to use, so hopefully this is helpful as a general overview. There are lots of great redemption opportunities for travel on Qatar Airways, though the best will come once they join OneWorld on October 30 so you can finally redeem distance based awards through AAdvantage for travel on them.

how can i use Qatar airline to travel from Amman Jordan to Johannesburg , i am a Royal Jordanian Frequent flyer ?

Thanks, Ben. I guess I'll keep my eyes peeled for such cases.

@ tyo_flyer -- They do often release more seats close to departure, and sometimes you do see more than four seats, though it's at least somewhat rare.