A Pakistan International Airlines flight attendant has gone “missing” in Toronto… and this isn’t even the first time.

Pro Pakistani reports that a Pakistan International Airlines crew had a layover in Toronto earlier in the week. The crew had reached Toronto on flight PK781.

A flight attendant named Yasir allegedly went missing from the crew hotel during the layover, and when contacted by the airline, he informed officials that he was going to another city, at which point he became unreachable.

PIA’s General Manager of Flight Services has said that “the authorities have launched an investigation into the matter and action will be taken against flight attendant Yasir.” This has also been reported to Canadian authorities.

This isn’t the first time this has happened

Back in 2018, another PIA flight attendant also went missing in Toronto during a layover. The airline had allegedly reported the situation to local authorities and promised to investigate, though it’s not clear if anything ever came of that.

When someone goes missing, it’s easy to fear the worst — that they were kidnapped, raped, killed, or something along those lines. I certainly hope this isn’t the situation with this latest PIA incident. Given the history of PIA employees going missing during layovers, and also given that Yasir said he was going to another city, hopefully he’s okay. It sounds like he simply had no intention of returning to Pakistan.

PIA is going through a very tough time at the moment. The airline recently had a crash involving an A320 that killed nearly 100 people, and that was determined to be due to human error.

In the meantime it has been exposed just how much corruption there is at the airline — which shouldn’t come as a surprise to anyone — to the point that the airline has now been banned from the European Union. Who knows how many additional job losses this situation could lead to, and I can understand how that could cause stress among employees.

It’s not clear whether the current circumstances at PIA had anything to do with Yasir deciding to go to another city.

Either way, at least this was done during a layover and didn’t impact any other people at the airline directly. Contrast that to the 2014 incident where an Ethiopian Airlines pilot hijacked his own plane in order to seek asylum in Switzerland.

A PIA flight attendant went missing during a layover in Toronto this week, and this isn’t even the first time this has happened for the airline in Toronto. I hope he’s okay, based on the fact that he told the airline he was going to another city and then stopped responding.

It can’t be easy to work for PIA right now…

The lady had a golden opportunity to leave And settle down in a developed nation Like Canada .. my advise get to her would Get the Canadian passport and try settling Down in London uk . Who the hell wants to leave in a developing Country - no health - no education -bad Infacture - bad people - woman rights Taken away the list goes on !!

Well the flight attendants and the pilot should act appropriately because they are representing the aircraft from which country they're flying in and out of but as far as undergarments you get those hot stewardess who knows what to wear and ..how to wear something..where undergarments are not needed.. everybody loves the visual on that..

Angie Baby whats a jersey? Is it the same as stupid? 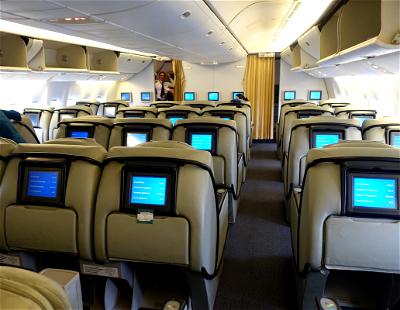