Alaska Mileage Plan has just added online award bookings for LATAM. This is significant, because it means that all of Alaska’s redemption partners can now be booked online.

In late September, Alaska Mileage Plan announced that some major changes are coming to partner awards later this year. We don’t yet know the details, but it’s probably not good news. There was one positive aspect to this development — Alaska committed to making Cathay Pacific and LATAM awards bookable on alaskaair.com.

LATAM award space will show up if there’s availability when checking the “use miles” box. Furthermore, you can book a stopover on a one-way award at no extra cost by using the multi-city feature.

How many Alaska miles do you need for LATAM awards?

LATAM is an incredibly useful Alaska Mileage Plan partner, given that LATAM is no longer part of oneworld, but rather has a partnership with Delta SkyMiles. That minimizes the good redemption opportunities on LATAM, though the good news is that redeeming Alaska miles on LATALM is a great value. You can expect to pay the following number of miles one-way:

It’s finally possible to redeem Alaska Mileage Plan miles for travel on LATAM online. This means that all Alaska Mileage Plan redemption partners are bookable online, which is a nice development. Redeeming Alaska miles on LATAM is not only an excellent value, but a fairly rare opportunity, given how few partners LATAM has.

Meanwhile we’re still waiting for award redemptions on EL AL to be added, even though that partnership launched in 2019.

What do you make of Alaska adding LATAM awards online?

Hi Ben I have a question I booked by alaska airlines miles for LAtamair Business Class question for checked bag IF i booked Business class redermotion alska mile i dont have any stats alaska milage plan looks pay for luggage fee I thoght all Business or First class will be free charge bag if 1 bag Cheked bag DO you have any information ?! Thank you for advice KEN

@Azamaraal what route did you end up booking?

@Sam Can you change award bookings with Alaska Miles program without paying any fee? Thanks

15
You Can Now Redeem Alaska Miles On Air Tahiti Nui 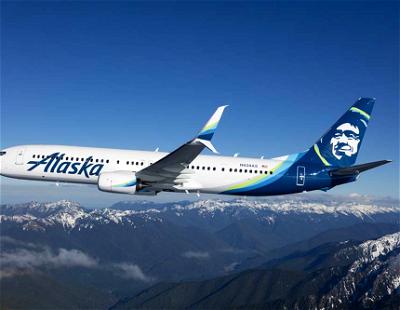