Now we’ve learned the details of KLM’s new premium economy cabin, which will debut this summer.

The timing here makes sense, since Air France-KLM, Delta, and Virgin Atlantic have a transatlantic joint venture. Delta has been aggressively installing premium economy as well, so it’s logical for KLM to do the same, so that the transatlantic business can more easily sell premium economy fares.

KLM has unveiled the details of its newly introduced premium economy cabin, which will be branded as Premium Comfort. The seats were designed by Collins Aerospace, and it’s noted how they’re lighter than previous versions of the seat. Usually that wouldn’t be great news in terms of comfort, but I guess we’ll see once there are some firsthand reports.

Here are some of the key features of KLM’s premium economy experience:

Below are some pictures of KLM’s new premium economy cabin. It’s always hard to know what to make of seats based on these media images, since I imagine they intentionally don’t choose very large passengers. My first impression is that the seats look a bit above average for premium economy. The only quirk is the location of the outlets.

How KLM is reconfiguring planes with premium economy

The timeline for KLM rolling out premium economy isn’t entirely clear. It’s stated that KLM will first offer premium economy to North America, and that customers will be able to book premium economy “to a growing range of destinations from the end of the July 2022.” That doesn’t necessarily tell us a whole lot about when planes will actually be in service with the new cabin.

KLM has also shared how seating capacity will change on each aircraft type as premium economy is installed:

Since KLM plans to introduce a new business class product on 777s as of 2023, my guess is that we’ll see 787s reconfigured first, and then 777s will likely be reconfigured next year, when the business class is due to be launched as well. I could be wrong, but that’s what makes the most sense to me.

KLM has finally revealed the details of its new premium economy, which should be installed on Boeing 777 and 787 aircraft in the near future. Premium economy is no doubt becoming increasingly popular, and it’s logical that KLM will finally offer this cabin, since Air France has had it for years.

KLM premium economy passengers can expect more spacious seats, priority services, and better amenities, including improved food and drinks. KLM’s new premium economy looks good, though frankly I have a hard time getting too excited about airlines introducing these cabins, since they almost always look very similar. It’s not like business class, where you see airlines take wildly different directions.

What do you make of KLM’s new premium economy cabin?

It is width not pitch I care most about in premium economy. By far my favourite was Virgin Atlantic’s old 21 inch leather seats (reduced to 18.5 or 19 on refreshed cabins). Does it say the width?

This is great news, particularly because the Premium Economy situation on Skyteam between the US and Europe has been so dire (KLM didn't have it, Delta only started it recently but with limited destinations, and Air France has those terrible fixed shell seats). In addition to Air France renewing their PE as well, we will finally have more decent options especially for those like me who fly mostly between the US East Coast and Paris / Amsterdam and who are not particularly fond of the American carriers ;). Those flights are a bit long for economy but a bit too short to justify business class, so def looking forward to this happy medium. 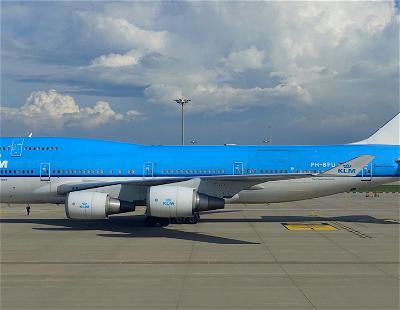