Different airline loyalty programs give members different pathways to earning elite status. The Air France-KLM Flying Blue has an interesting opportunity to earn elite status by donating miles to charity or by carbon offsetting flights with cash. Let’s take a look at the details of that.

Flying Blue uses XPs (“experience points”) as its elite qualification metric, and has three elite tiers — Silver, Gold, and Platinum. Elite status requirements differ based on whether you’re qualifying or requalifying for status:

Anyway, Flying Blue has a few options for earning XPs for doing good. For one, for every 2,000 Flying Blue miles you donate to charity, you’ll receive one XP.

Meanwhile if you have a flight booking, you can contribute toward reforestation or sustainable aviation fuel, and be rewarded at an even better rate. An example is given of a KLM segment from Amsterdam to Edmonton:

Could this program be worth it?

The above are the basics of earning Flying Blue XPs by donating miles or cash, but is there any world in which this could be worth it purely from an elite status perspective?

One of the valuable things about having Flying Blue Gold elite status (or above) is that you get access to La Premiere first class awards on Air France. While you’ll still pay a lot of miles for these tickets, first class awards are off bounds for those who don’t have at least Gold status. So that’s a noteworthy element to this.

The Air France-KLM Flying Blue program gives members the opportunity to earn elite status by donating to charity or contributing to carbon offset programs. You can earn an unlimited number of XPs by donating to charity, at the rate of 2,000 miles per XP. Meanwhile in conjunction with a flight, you can donate to offset programs at the rate of ~€10 per XP, which I’d consider to be the better value.

This won’t be something with mass appeal or that represents a great value for most, but it’s worth being aware of, especially at the margins.

Anyone see value in earning Flying Blue XPs with this program?

(Tip of the hat to Levi)

I have AF Platinum status and Ben is correct. The program works a bit like Aegean where the mileage (or in the case of AF, the XP) resets once you reach a new status level.

This is great news! My wife and I already have Flying Blue status, but with our trips this year and KLM +50% XP bonuses in the first half of the year landed my 3 year old daughter at 99 XP, just one shy of silver! Now I can buy her silver status for €10 and save hundreds of € in long haul checked baggage fees. Thanks, Ben!

YES!!!!!! Will always be an answer from a good accountant. 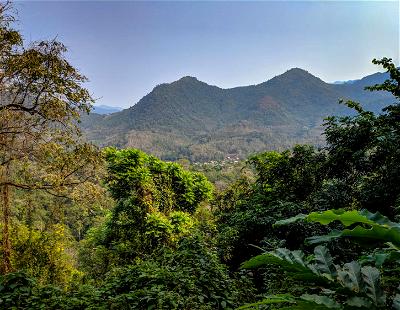