The United States Department of Transportation (DOT) requires airlines to offer passengers cash refunds in the event that their flights are canceled. As you might expect, during the pandemic we saw virtually all airlines cancel flights, both domestically and internationally, due to travel restrictions and lack of demand.

Now, I think it’s worth acknowledging that of course airlines were in a liquidity bind during the pandemic. That being said, so were many consumers (who could have used the cash from refunds), and ultimately the law is the law. You can’t steal just because you’re in a tough financial spot.

Air Canada only recently started retroactively issuing cash refunds, as a condition of receiving aid from the Canadian government.

The DOT is now fining Air Canada over refunds

The DOT is pursuing a $25.5 million civil penalty against Air Canada for failing to provide consumers prompt refunds after canceling or significantly changing flights between the United States and Canada. The amount of the fine considers consumer harm, the scale of the violations, Air Canada’s knowledge and intent, and deterrent effect.

As the DOT describes the situation in the filing:

I love how this is described in the filing:

Air Canada was warned repeatedly that it was violating the laws of the United States by refusing to offer refunds for canceled flights, but the airline didn’t change course. It wasn’t until Air Canada received a huge government bailout (with a condition being retroactive refunds) that the airline finally did the right thing.

Now Air Canada will likely have to pay the price. I’m curious to see how this plays out, and how much of this fine the airline ends up having to pay.

What do you make of the DOT going after Air Canada over refunds? How do you think this will play out?

While I'm not the "Canadian public", I am a Canadian, and none of the Canadians I know are against Air Canada getting fined by Canada, the US, the EU or really any entity that chooses to pursue the issue. They deserve every bit of penalty coming their way.

After a bitter series of negative interactions with Air Canada, where they took the eventual dishonest position that my documented cancelable business class tickets were not truly cancelable, I was able to get a 100% refund at the end of 2020 using my CC company via a formal dispute action ($8500). I also filed a DOT complaint, so would be nice to see some retribution at some point.

The USA should annex all of Canada and teach them how to govern themselves properly. This country that was conjured up out of thin air in 1982 should not exist, cannot be trusted to govern itself, and NEEDS either the USA or UK to run its affairs. 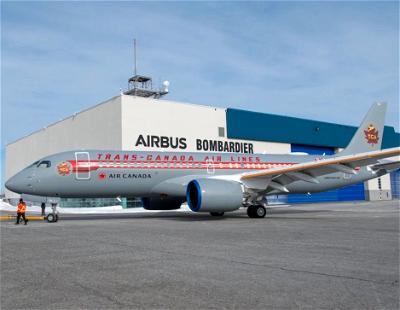