Delta Sky Clubs are having some major crowding issues, to the point that there are often ridiculously long lines outside of the clubs to get in. The airline has tried to deal with crowding by adding entry restrictions, though that seemingly hasn’t done a lot.

The airline is now formally rolling out a new system for lounge entry, intended to minimize frustration among Delta’s most valuable customers.

Why are Delta Sky Clubs so crowded?

On balance, Delta Sky Clubs are more crowded than American Admirals Clubs and United Clubs. That ultimately comes down to just how many people have access to these lounges:

When you combine these entry methods, there are a lot of ways to access Sky Clubs. Of course easy lounge access sounds like it would be good for travelers. However, it’s not great when you can’t reliably use the lounge, and it’s also not great if lounges aren’t peaceful due to the number of guests.

Delta is rolling out a new system for lounge access, following trials that were conducted over the summer. In situations where there’s a wait to get into a Delta Sky Club, the queue is no longer prioritized exclusively based on how long you’ve been waiting.

Here’s how a Delta spokesperson describes the decision in a statement:

Following a successful operational test in Atlanta, Delta Sky Club will roll out dedicated entry lanes in a phased approach at select airports. These entry lanes are just one of a continual range of enhancements designed to ensure our most frequent fliers and Delta Sky Club guests have a great experience on the ground and in the air.

Delta is in a tricky spot. On the one hand:

The reality is that crowding will likely continue to be a major issue, especially at hubs like Atlanta and New York, and there’s not much that can be done. The only thing that will change is the types of travelers who are disappointed.

Delta is introducing a new way to deal with lounge overcrowding. The airline is now rolling out new priority access lanes for Sky Clubs. This is intended to give priority lounge access to Delta’s highest tier elite members, as well as Delta’s premium passengers.

While this totally doesn’t seem like an ideal solution, and making people with lounge access feel like second class guests isn’t great, I’m not sure what other options Delta has? Essentially Delta realizes that a lot of guests aren’t going to be happy, but the airline wants to at least minimize frustration among its most valuable passengers.

What do you make of Delta’s Sky Club priority access concept?

When you compare apples to apples (regular Admirals or United Clubs vs Delta SkyClubs), you understand. I recently took a trip via AA and had to laugh at the state of the standard Admirals Club offering versus the SkyClub. This excludes stuff like Flagship/Polaris lounges, which are available to only a limited number of passengers

Last summer the T4 line at JFK was epic. So I grabbed a slice and a seat in a relatively empty gate with good ramp view and had a much nicer experience than a packed club. Headed there tomorrow and figure I’ll have a similar experience. Sad to be platinum, biz class, amex holder and second class status nevertheless.

I go to the club to escape the crowds at the gate. Why on earth would anyone wait in line to enter a club to play musical chairs for the one remaining seat? Free booze aside, it's just not worth it. 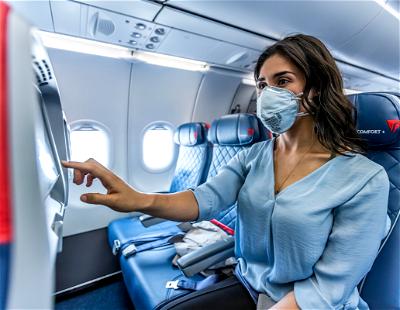