American Airlines has just made it rather easy for AAdvantage elite members to requalify for status. This is the third way in which American has made it easier to earn status this year, in addition to reducing elite requirements, and launching promotions that make qualifying easier.

AAdvantage elite members have two new ways that they can requalify for status, either through credit card spending or flying. This offers can be used in lieu of one of the other fast-track status methods.

Before we get into the details, there are a few things to note:

Let’s go over the details of these promotions, which will be especially useful for those who have little elite qualifying activity so far this year.

You can retain your AAdvantage status by spending $15,000 on an eligible AAdvantage credit card:

You can retain your AAdvantage status by earning 2,000 elite qualifying dollars (EQDs) on flights this fall:

My take on these AAdvantage promotions

Here are a few general thoughts I have:

To AAdvantage elite members, do you plan on taking advantage of one of these offers?

Knee jerk reactions are fun, but if you consider what dictates the upgrade lists you’d realize that you actually would benefit. You: plat who spent $6k this year and qualified old fashioned way Me: plat who spent $1500 this year and only qualified cuz of credit card You are going to be far ahead of me on upgrade lists. Considering this is probably being done because of dwindling lists, that means you are on the super high-end of the example. TL:DR you actually benefit from this change if you re-qualified due to actual travel

@Sir not sure I follow. I hit EQDs before EQSs and I never hit EQMs. How is that bad for revenue? I pay way more per flight mile.

slap in the face to anyone who already requalified. 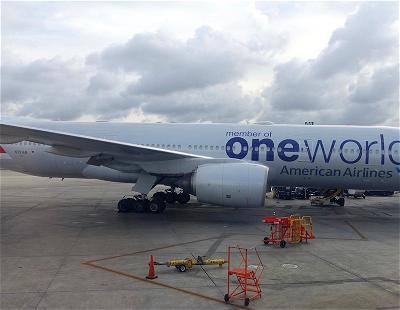