Alaska Mileage Plan is increasing some award redemption rates for first class travel on Alaska Airlines. Personally I don’t view this being as a huge deal, though others feel differently.

The Alaska Mileage Plan award chart has been updated to reflect higher award costs for select first class flights. Here are the changes, which kick in as of March 1, 2022:

Below is the Mileage Plan award chart for travel within the continental United States.

Below is the Mileage Plan award chart for travel between the continental United States and Hawaii.

Just to emphasize a few points:

I don’t view this as being a huge deal

For those looking to maximize miles, I don’t consider this devaluation to be that significant:

View from the Wing is frustrated that Alaska didn’t provide 90 days notice of the change, as the airline did indicate that it hopes to provide 90 days of notice for award chart devaluations, after the no-notice Emirates devaluation back in 2016. I see where Gary is coming from, but personally I think that frustration is more on principle than practical:

I view this as being different than if Alaska devalued partner awards with little notice. The issue with devaluing awards with little notice is that members collect miles in good faith, and perhaps they have a particular redemption in mind, and they continue to earn toward that. I don’t think many people are earning miles with the specific long-term goal of redeeming in Alaska first class at the highest possible award cost.

While no one likes award prices going up, I’m at least happy it’s a non-optimal redemption that’s getting devalued, rather than one of the program’s best redemption options. Then again, with Alaska’s award pricing on new partner airlines, the future of partner awards isn’t looking too bright either.

What do you make of this Mileage Plan devaluation?

"View from the Wing is frustrated that Alaska didn’t provide 90 days notice of the change...I think that frustration is more on principle than practical" Respectfully, 90 days is what Alaska committed to, there may be times when contractually they cannot but that's clearly not the case with own-metal awards. So in a sense it's *worse* when they do it with their own metal than with partners. There's no external coordination required, they can make the changes whenever they wish - if they'd forgotten to notify members, just delay the change 60 more days. A month isn't enough not because members have to redeem now rather than waiting in order to get the best price - members look to the award chart to know *how many miles they'll need to redeem* in other words to set a goal and earn towards that goal. While members are on a quest towards that goal they get the rug pulled out from under them. Ultimately I personally care less about these awards than partner redemptions. But when Alaska won't honor their advance notice commitment EVEN FOR own-metal redemptions my concern isn't principle it makes me TRUST THEM LESS. And fundamentally the value of a currency is based on trust about how well it will hold value. So it makes me downgrade how much I value an Alaska mile. Although seeing the direction of award pricing with new partners I've begun to do that anyway, since they clearly appear to be on a downward trajectory, and I tend to expect that as bilateral contracts get renegotiated we'll see more increases even for legacy partners.

<blockquote>In the past an Alaska Airlines spokesperson had also stated that the company <b>hopes</b> to provide <b>at least</b> <i>90 days </i> notice of any award chart changes, so <b>I’d expect that to be the case going forward</b>.</blockquote> I believe that this is another case of self-anointed "travel gurus" misinterpreting or reinterpreting a loyalty program term, rule, condition or statement to make its meaning more favorable and expansive than originally intended by the program. Then. invariably, they accuse the program of duplicity when reality intrudes and a program implements something according to its interpretation of its own rule rather than according to self-anointed "travel gurus'" mis/reinterpretation of it. A case in point is the outrage the followed the realization that SPG's "best room available" did not mean "guaranteed" suite upgrades as reinterpreted in travel blogopshere. As in the quoted claim, which is hardly dispositive, I see references and links to where Alaska Air purportedly 'promised' to give a 90-day notice before modifying its own or partner award chart, but when I get there I never see the "promise" itself exactly as stated by Alaska. Context is always important, especially since virtually every loyalty program, Mileage Plan included, reserves the right to implement programmatic changes, except program termination, <i>without prior notice to members...</i>

I can't see how Cathay survives given the restrictions placed upon them. Xi is finally reeling them in (they only need to buy another 27.3% for outright control, a stake that's becoming cheaper by the hour). I too suspect they'll be absorbed by Air China, possibly in just the next year or two given the current trajectory. So sad. :( 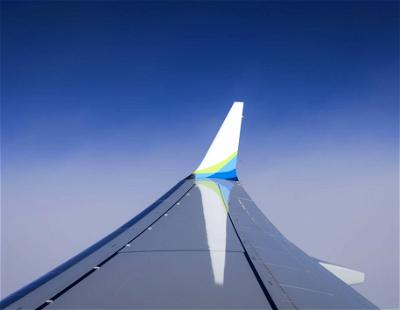