For those of you not familiar with Global Entry, it’s a “trusted traveler” program whereby you can bypass the lines at immigration if you’re a member.

I’ve been meaning to join Global Entry for a long time now, though there is a bit of work required to join, so I kept pushing it off. After waiting at immigration at LAX for about an hour back in May after arriving from London, I convinced myself to stop pushing it off and actually join. The fact that American Express recently added the benefit of reimbursing Platinum cardholders for the registration fee was the icing on the cake, as the usual fee to register is $100.

About a month ago I went to Global Entry’s website and filled out the registration form. It took maybe 30 minutes, and asked just about all the personal information imaginable, including the countries I’ve visited in the past 10 years. That was a pretty long list and I didn’t want to screw it up, so I literally found myself going through the entire list of countries and trying to recall whether or not I had visited them.

Global Entry has a page that lists your approval status, and for about 3.5 weeks my application showed as “pending review.” Just this past week I became “conditionally approved,” and was able to schedule an interview at one of their stations. As luck would have it I was in New York this past weekend, so scheduled an interview for 30 minutes after I was scheduled to land from Tampa.

I arrived early and headed straight to the Global Entry center in terminal 4 at JFK. I sat down in the waiting area since I saw the agent interviewing someone. Little did I know there were multiple agents sitting around, I just hadn’t initially seen them because I didn’t want to interrupt the interview.

An agent welcomed me and tried to find my appointment, though after much searching without luck she pointed out that my appointment was actually for the following day. Fortunately that wasn’t an issue and she was happy to take me as a walk-in.

The “interview” took maybe 15 minutes and consisted of the agent reading me basically everything I had submitted on my application to confirm it’s accuracy. She was a bit confused by what I did for a living, especially given my age, so I was asked several questions about that.

The most interesting part of the “verification” process was that she confirmed the countries I had visited. Instead of asking me questions, she read back some of the countries on the application. At first I was confused. She would say something like “so, you’ve been to Indonesia,” without asking a question. I simply said “yes,” and she paused waiting for me to say more.

So for the remaining countries she read me (that I suppose she found suspicious) I guess I quickly became the country’s tourism board, coming up with catchy phrases for why I had visited. “Thailand,” she said. I responded with “you can’t beat $5/hour foot massages.” “Indonesia?” I responded with “yep, the people in Bali are among the nicest I’ve met anywhere in the world.” I wasn’t sure what exactly she was looking for, though I guess I “passed.”

After the interview she took my picture and fingerprints, and then brought me over to a Global Entry kiosk to show me how it works. It was incredibly easy – you just place your passport in the machine until it scans, stand still looking at the camera, and place your fingers on the machine to verify fingerprints. Once that’s complete you answer basic customs questions and then they print out a receipt.

I can’t wait to use Global Entry, as it seems like a huge timesaver. The one issue is that I often travel with people internationally that don’t have Global Entry, so the downside will be that they still have to use the normal line, meaning I don’t save all that much time in those cases. Still, I travel internationally alone a ton too, so I figure after a few trips the program will have paid for itself.

In an ideal world (and I realize I’m dreaming here), I’d love to see them add a Global Entry companion immigration line so that the program is even more valuable. Hell, have membership tiers and charge extra for allowing one companion to have access to an “expedited line.”

Regardless, color me excited!

@ Will -- You don't get a stamp if you use Global Entry. It's all stored in their database.

as a green card holder, when you use GE. do you still get "entry stamp" on your passport? if not, how can you prove the you did not stay outside USA for more than one year?

Just got an approval. I had GE back in 2009 and apparently it expired as I never had a card or a passid that i can find or remember. I knew it was coming up for renewal but I could never find out in the system as it requires the passid number i never could find or had. So i submitted a new application, which it says don't do. A week later I got an approval without any interview. Thus I think I got a renewal since I got this without an interview and have never heard of someone getting a new application without an interview. There is no way to find your passid online and the phone system was busy for 2-3 days with numerous random calling times. Oh well seemed to work for me and I will get the GE card in the mail soon. BTW GE is priceless, have loved it. It is most valuable at connection points, not destinations IMO. I travel with luggage so it is minimized somewhat, but for connections it allows you to clear immigration and customs when luggage comes of before most get out of immigration in IAD for example. If you have carry on even better. I can make a tight connection in IAD with GE, but without never. 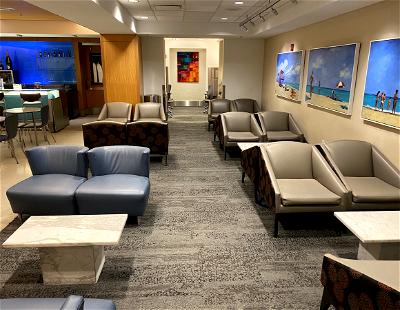