There’s a lot of misinformation and very bad advice on the internet, so I suppose this should hardly be singled out. But it’s travel specific, and since Travel + Leisure can’t help itself, I guess I can’t help myself either.

Do airlines upgrade people who dress up?

No, of course they don’t, that’s absolutely ridiculous. Why would anyone think so? Oh, because Travel + Leisure Tweeted today about a story that was published last month, about “what to wear to increase your chances of a first class upgrade.”

This really seems to be a thinly veiled attempt at getting some affiliate revenue by posting links to clothing that will allegedly get you an upgrade. Personally I think a much better business model would be to post affiliate links to credit cards that can actually score you first & business class seats, but to each their own.

The Travel + Leisure piece is based on a 2018 story where “cabin crew share the outfit that will get you bumped up to first class.” Every “air hostess” and “steward” that the writer interviewed (that should have been the first clue not to listen to this advice) suggested that dressing up can impact your upgrade odds, and it gives specific and baseless advice about what you should wear:

“For an upgrade, it’s all about looking the part. Smart but understated. You should look like you travel often. But don’t be dripping in designer clothing. It helps; someone who is potentially due to get an upgrade can be knocked back if they aren’t dressed suitably.”

I’ll address some different circumstances below, but let me be very clear — dressing up won’t increase your odds of scoring a first class upgrade. Period.

How do you score an upgrade then?

Virtually every airline has specific protocols for awarding upgrades. Under normal circumstances, there are a variety of ways to score a first class seat, aside from outright paying cash for it:

Even in these situations, there’s a very specific procedure for doing so. The policy will vary by airline, but typically operational upgrades are prioritized by elite status and/or the fare class you’re booked in.

Sometimes you may be bumped up to an exit row or extra legroom economy seat if you’re traveling alone and the airline needs to make space to seat a family together, or something.

But nope, believe it or not, the gate agent doesn’t send RuPaul into the gate area to see who is serving the best looks.

Is there a dress code for first class?

Generally speaking there isn’t, and I think this is where the confusion might come from. Airline employees are typically able to non-rev, which means that they can fly for free (or at a heavily discounted rate) on a space available basis. In some cases employees can even fly in first & business class, but only after all other upgrades have cleared.

Some airlines have dress codes for employees, and sometimes those dress codes are more stringent if you want to fly in a premium cabin. That’s typically the only time there’s going to be a dress code, or where dressing up can make a difference.

In fairness to this mythical upgrade advice, I do think back in the day there may have been a bit more truth to this. Like, not that dressing up would necessarily score you an upgrade, but rather that gate agents had more discretion to upgrade people, whether it’s because they were trying to hit on them, they were friends, or whatever.

For example, going back over a decade, it wasn’t unheard of for a gate agent to violate policy and upgrade an employee friend ahead of a passenger on the upgrade waitlist. But nowadays that almost never happens, since upgrade lists are typically published, so the person on the upgrade list realizes what’s going on.

Dressing up won’t score you a first class upgrade, so dress for comfort when you fly. The good news is that there are plenty of actual ways to score a first class seat nowadays, from redeeming miles to having elite status.

But please, can we stop with the urban legend that dressing up is the key to scoring a first class upgrade?

In Euroland, the CC perks aren't so sweet, and status upgrades are only for the most exclusive tier, and even then aren't common. But I have had base M&M TATL opups with LX, and even got a PE to J opup on my last AF long haul out of CDG (FB Plat), so it happens. Does dressing up help? Hey look, what do you mean by "dressing up"? I recently saw a FA invite a KL passenger across the curtain. He was almost certainly FB Plat. Ult. or Hippo or something, but the tailored suit certainly didn't hurt the case. If that dude were in a bloodstained tracksuit, I suspect he'd would have not gotten his falafel box and instant coffee. So don't dress like a slob. Remember, it's not not about the opups, but about every interaction you have in transit. Be the customer the airline employees want to have, the foreign national the border control people recognize immediately as no threat... Or play a role that works for you and will give you predictable results. Besides, we could use more travelers dressing decently and behaving politely.

“ Personally I think a much better business model would be to post affiliate links to credit cards that can actually score you first & business class seats, but to each their own.” Touché!

Living outside the USA means that there are basically ZERO credit cards that offer status with airlines and zillions of points. My favourite wish list includes the Aspire card that I Aspire to but can never receive without a TPIN So it does bother me that everything posted is assuming that everyone has access to the perky cards. Before I jump on my soapbox it does raise the question: "What percentage of OMAT readers live outside the USA? Is it a large enough percentage that postings might be sensitive to the non-USA issues like difficulty in collecting points from cards?"

55
Clearing Immigration At US Airports: How It Works 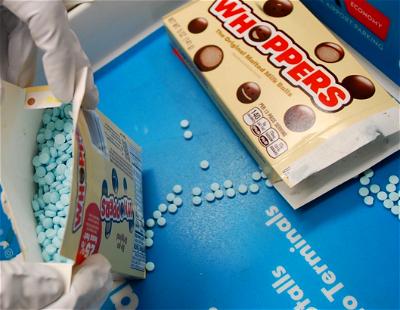 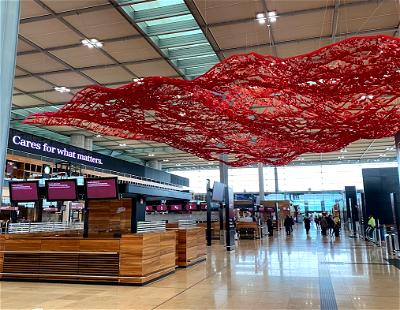