As many of you may recall, I flew the inaugural Etihad Airways flight from Abu Dhabi to Los Angeles in first class.

For the most part I love Etihad first class — the seat is quite comfortable and private, service is fairly good, and the food concept is well thought out (in theory), with their onboard chef and dine on demand menu. 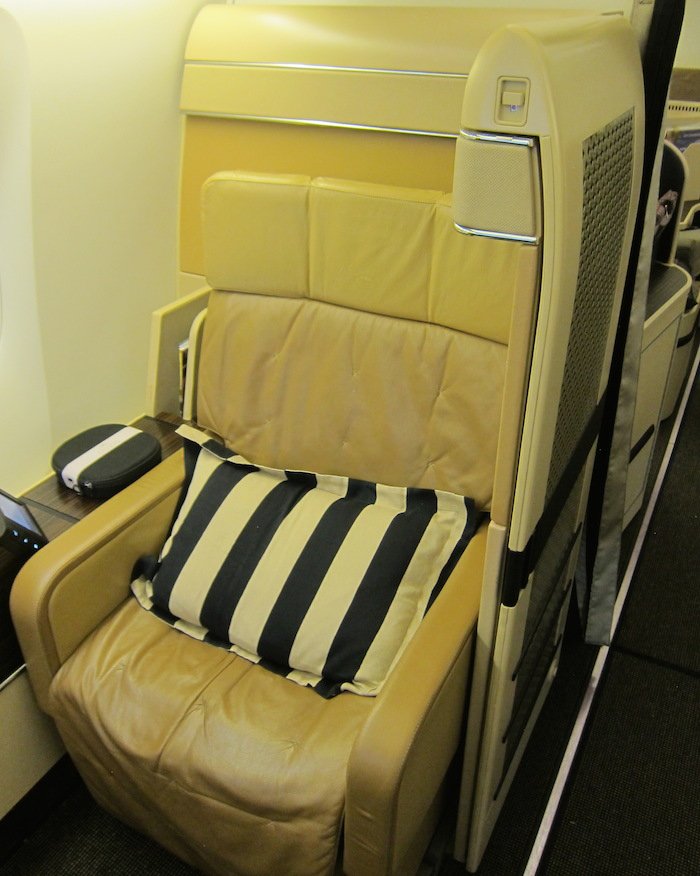 The problem is that they don’t load enough food.

Etihad has a “dine on demand” concept so you can eat what you want when you want, but on my flight to Los Angeles had almost nothing left four hours before arrival. That’s a bit embarrassing for an inaugural flight, but I figured I was just really unlucky, as there’s no way that can be the norm on one of the world’s top airlines.

I flew Etihad Airways first class from Abu Dhabi to New York yesterday, which was operated by a Boeing 777-300ER. The advantage of the 777 over the A340-500 is that it has only eight first class seats rather than 12.

I was the only passenger booked in first class a couple of hours before departure (the flight was “F7,” so they were still selling seven of the eight first class seats), but then there were seven operational upgrades to first class. 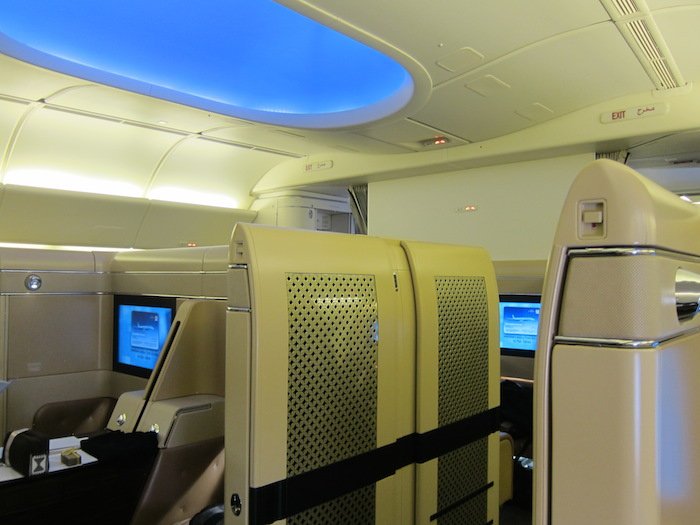 The flight was way oversold in economy.

There were roughly 20 operational upgrades to business class, and then another seven to first class. So the first class cabin went out full.

I had a crazy week of travel, so initially just wanted to sleep. Before takeoff I placed my order with the chef — I said I’d like the arabic mezze, a beef filet, and then the warm date and apple pie for dessert. I explained I wanted that about five hours into the flight, after sleeping for a bit.

They gladly complied, and after a nice nap I did wake up and was served my meal. 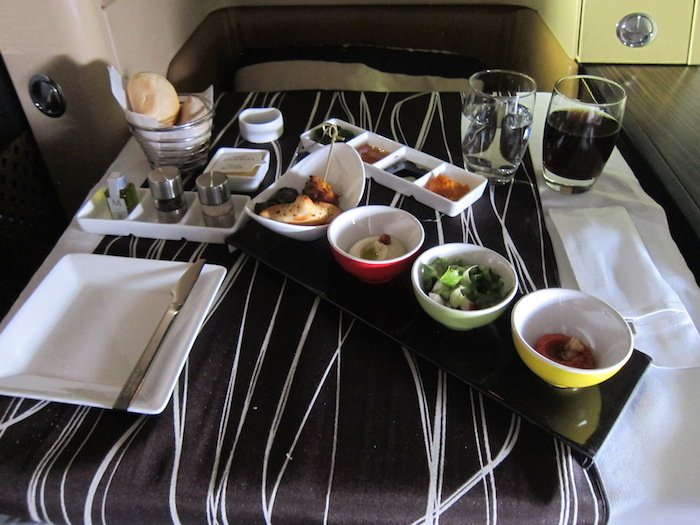 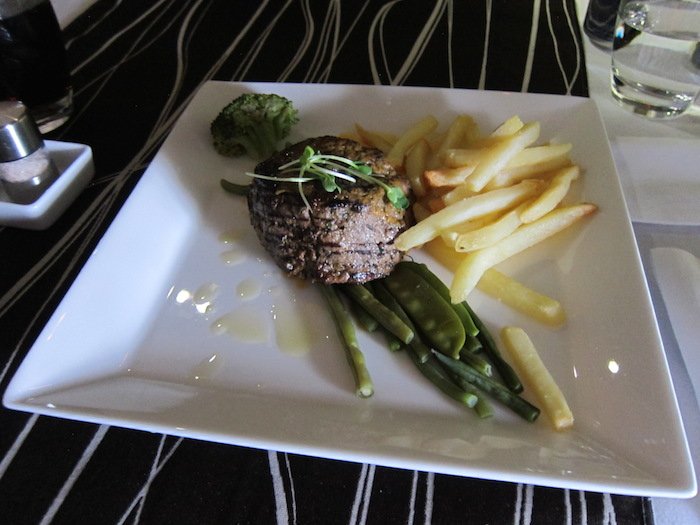 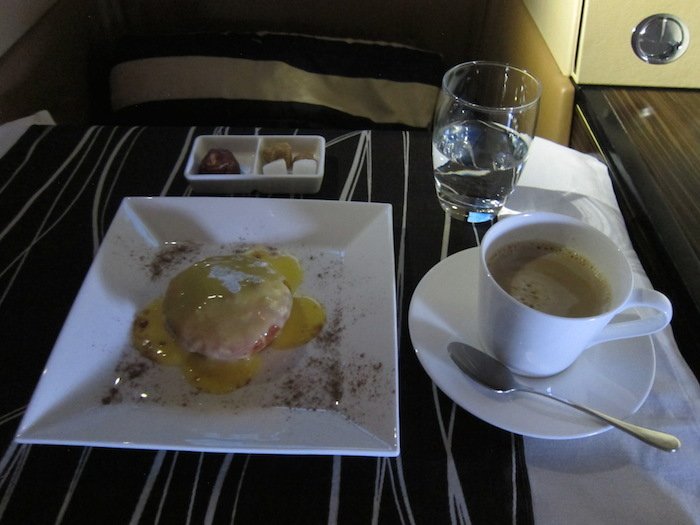 The flight was over 13 hours, and the Wi-Fi was fast, so I spent the next several hours working.

Then about three hours before landing I figured I’d have my pre-arrival meal. I was tempted by the spiced spinach and white bean soup,  fish biryani, and dessert taster.

After my last Etihad flight where they ran out of food, I went to the galley and said (jokingly, I thought), “so, do you guys have any food left, by chance?”

The crew giggled, I figured because they thought the concept of running out of food in first class was preposterous (as did I, till I last flew Etihad Airways).

“We were just talking about that. We actually don’t really have anything left. We have fruit and chips, if you’d like.”

So it’s not the crew’s fault — they were actually lovely — but I mentioned to them that this was my second longhaul flight in a row with them where they literally ran out of food. I asked if the reason was because the cabin filled up last minute, though they explained the cabin was actually catered for eight passengers.

And they still ran out of everything!

Etihad: this is totally freaking unacceptable.

Should Etihad’s Diamond First passengers really expect just one meal on a flight that’s 14 hours gate-to-gate (plus an extra two hour delay for US pre-clearance, which I’ll cover in a separate post)?

Yes, I partly accept fault. I should have learned from my experience last time and ordered all my food upon boarding. It’s absolutely ridiculous that one has to do that in order to get a second meal in Etihad first class, and the crew does nothing to suggest that there’s a need for that, but I guess that’s what it comes down to.

Well, unless you just want a three course meal and then chips and fruit before landing. And if I had ordered another meal, I guess that means another person wouldn’t have been able to eat a second meal.

Etihad advertises a “dine on demand” menu and even has a “Kitchen Anytime” menu, with a selection of “items to enjoy any time during the flight.”

It’s actually amazing how big of a selection they have. Freshly made salads, sandwiches, bagels, chicken tortillas, fish and chips, afternoon tea, ice cream, baklava, etc…. and that doesn’t even account for the actual meal menu! 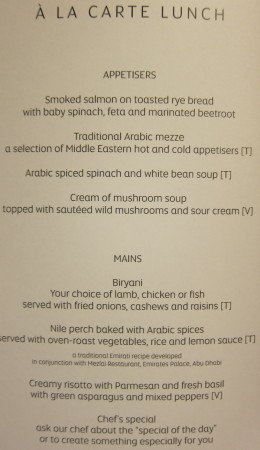 But it’s an absolute farce.

And it’s sad, because the product is great otherwise — the hard product is solid, the crews are good, but the catering situation is just an embarrassment.

And this doesn’t even begin to address how horrible the pre-clearance facility in Abu Dhabi is.

It gets worse by the month, which I hadn’t thought possible.

Based on talking to about a dozen Etihad employees about the pre-clearance facility, not a single one of them has worked even one on-time flight since the program started. But according to Etihad’s CEO, the program couldn’t be operating any better.

I don’t even have a gif to express how ridiculous this is.

Oh well, I guess I’ll have to fly Etihad’s The Residence. Really they shouldn’t just be advertising that The Residence comes with a personal butler, but should also advertise that it comes with a private pantry. Now if only I could figure out a way to fund a ticket in The Residence! 😉

PS: Gary and I were recently asked by Flightfox to rank our top first class products. I ranked Etihad first class as number nine, Gary ranked it as number four. Gary, I was being generous with number nine, and I’m sticking to it. 😉

I am having the same experience on the Etihad flight I am currently on. Thank you for this helpful blog post -- seems this is a long running problem. I'm in business from Abu Dhabi to Los Angeles and asked for something 2.5 hours to Los Angeles. Am told I can have cookies and that's all they have. I gently asked why they don't stock more food for such a long flight, and I am told "Passengers haven't stopped eating for 14 hours." Seemed kind of rude to me, considering it's a daytime flight and 14 hours (plus all the time we spent in the pre-clearance area thus not eating in the lounge) is a long time to have only one (mediocre) meal. I have also emailed them but don't expect anything to come of it. And for all the people talking about it, I am a paid business class customer.

I was actually an inflight chef for Etihad until the end of 2014. I complained to catering on every flight that I didn't have enough food loaded to give the guests a decent choice. Catering took no responsibility as they are told the quantities they are allowed for certain destinations and number of guests. I made reports after every sector about quantities and quality and no one gave a damn... Just not interested. I was told to be more creative!!! What with... Fresh air?? Totally embarrassing on many occasions when I couldn't even give guests their choice for just one meal!!!

@Lucky, when the crew told you there wasn't that much food left, did you ask them how they could have possibly run out of food? If so, what did they tell you? In addition, do you know whether the business class menu is similar to the first class menu (i.e. like Malaysia Airlines.) If so, perhaps a few passengers in business class ate 2-3x more than the others and by doing so ate some of the first class food. 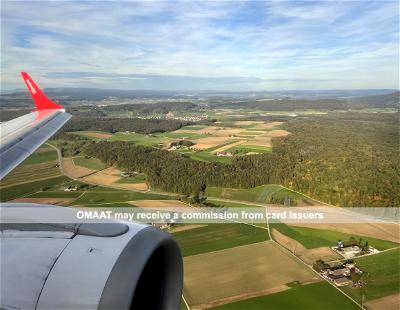