In September 2017 Equifax had a massive data breach that exposed the personal information of about 147 million Americans, and last week a settlement was finally reached with the Federal Trade Commission.

What’s really odd is that the FTC said that the choice was either 10 years of free credit monitoring or $125. As I covered in the post, that didn’t really make much sense.

Usually in settlements like this there’s some amount of money distributed among those who were impacted, but given that we’re talking about a finite sum of money, I couldn’t figure out how they arrived at the amount of $125. Presumably the payout would be based on how many people take part in requesting compensation.

There was a lot of interest in this. Heck, Alexandria Ocasio-Cortez even Tweeted telling people to get their check from Equifax.

Well, the FTC has now clarified that you’re not getting anywhere close to $125 if you were involved in the Equifax data breach.

The FTC has provided an update regarding this, as follows:

5. I thought I could choose $125 instead of free credit monitoring. What happened?

The public response to the settlement has been overwhelming. Millions of people have visited this site in just the first week. Because the total amount available for these alternative payments is $31 million, each person who takes the money option is going to get a very small amount. Nowhere near the $125 they could have gotten if there hadn’t been such an enormous number of claims filed.

The free credit monitoring provides a much better value, and everyone whose information was exposed can take advantage of it. If your information was exposed in the data breach, and you file a valid claim before the deadline, you are guaranteed at least four years of free monitoring at all three credit bureaus (Equifax, Experian, and TransUnion) and $1,000,000 of identity theft insurance, among other benefits. The market value of this product is hundreds of dollars per year.

You can still choose the cash option on the claim form, but you will be disappointed with the amount you receive and you won’t get the free credit monitoring.

But I still can’t wrap my head around what they were thinking. The whole answer from the FTC seems like an odd tone for a government organization to take.

So if there’s $31 million to distribute and each person were to receive $125, that leaves under 250,000 people. Did they really think that just 0.16% of people would take part in this, especially with the promise of $125 to people impacted?

So what’s going to happen sounds in line with what I would have expected all along, though can anyone make sense of what they were thinking?

What was AOC thinking with her tweets? Oh that's right she doesn't think most the time. You can't even opt in for the money in the first place unless you already have credit monitoring. I am curious what they will do about the people who claimed they put in time on this issue.

The government (hopefully democrats) needs to shut down and ban the 3 major credit bureaus and any other smaller credit bureaus. They are NOT needed. All they do is harass anyone trying to get a job, get a loan to get ahead, get a nicer vehicle, and to get a home. The reason why some people are homeless is because of these pathetic pieces of shit that own these 3 credit bureaus and the smaller ones as well. And also FICO (Mr. FAIR and Mr. ISAC) are equally to blame for homelessness, joblessness, and paycheck advance stores. You have to play by their FUCKING rules and in your adult life weather a 21 year old or a 90 year old your life should t have to live by 3 numbers (credit score) Mr Isac and Mr Fair for starting FICO should have never had the right to enjoy life on this earth or anywhere. And their families and anyone who works for FICO should not be able to enjoy life either. All of these inconsiderate pieces of worthless shit do not deserve to be revived or saved if any should go unconscious from a heart attac, seizure, stroke, or any other medical condition. FICO and the 3 Credit Bureaus have made my financial life hard and miserable and now these 2 types of businesses need to do as I have had to do----- SUFFER! How does that happen? In an emergency no one is saved from these 2 businesses. Does anyone want to get involved with me in getting FICO and the Credit Bureaus shut down for good? They harrass people and harassment is illegal. Jay

Couple of months ago, I applied for a car loan and it was declined because my credit score was in a low 500 with some negative items including (eviction, bankruptcy and a judgment), I was broken. I approached a colleague and narrated everything to him, he referred me to CODERED and told me to believe in him. Within 7 business days CODERED raised my credit score to 789 and erased all the negative items replacing them with beautiful tradelines. I am ever grateful to him for such a discreet service. Write him on CODEREDCREDITFIX at GMAIL dot COM and consider your job done. 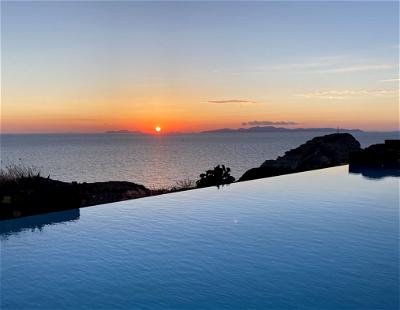 26
A Year Of Earning Miles With Bask Bank