Singapore Airlines and Virgin Australia announced an innovative new option today, whereby it will be possible to convert miles between the two programs.

There are lots of airline partnerships out there, and typically when airlines are partners, it means you can redeem one airline’s mileage currency on the other airline. However, it’s typically not possible to convert or combine miles from different mileage currencies towards a single award. 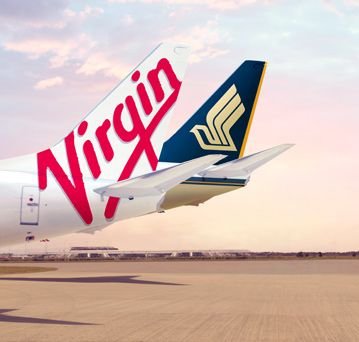 Via the Singapore Airlines press release:

Singapore Airlines and Virgin Australia today announced a world first for frequent flyers, allowing members of KrisFlyer and Velocity Frequent Flyer to convert their Miles and Points between both programmes for the first time and receive a number of innovative new benefits.

The new conversion innovation, which is exclusive to the two airline loyalty programmes, will give members greater access to upgrades and reward seats across the combined domestic and international network of Virgin Australia and Singapore Airlines. By converting their miles, KrisFlyer members will also be able to benefit from Velocity’s range of non-flight redemption rewards.

The new conversion capability will be available to members of both programmes from November as well as an improved online booking capability for Velocity Frequent Flyers to redeem flights on Singapore Airlines and SilkAir.

As much as we’d like to think partnerships are useful, the reality is that having miles in an airline’s “native” frequent flyer program will typically get you much further than having miles in a partner’s frequent flyer program. That’s especially true of Singapore Airlines, given that they only make most premium cabin award space on their own flights available to members of their own programs.

Of course there are lots of questions that remain:

Being able to transfer unlimited points at a 1:1 ratio seems way too good to be true, as much as that was my hope when I first heard about this (not because I have a stake in either program, but just because I generally would find that to be innovative). Singapore miles are much more valuable than Virgin Australia miles… much more valuable.

So after my initial general excitement of thinking it would be a 1:1 ratio, my guess is that they’re adopting more of the points.com model of converting points. I could be wrong, but I’m guessing the transfer ratio won’t be anywhere close to “market value” in either direction. If the conversion rate is anywhere close to “market value,” it will no doubt be much more useful for members of Virgin Australia’s program than for members of Singapore’s program.

Regardless, it’s great innovation on the part of the airlines, and I’m very curious to see what they come up with. But if you have Virgin Australia miles, I wouldn’t be holding your breath expecting you’ll be able to convert them into Singapore miles at a 1:1 ratio and redeem for Suites Class. 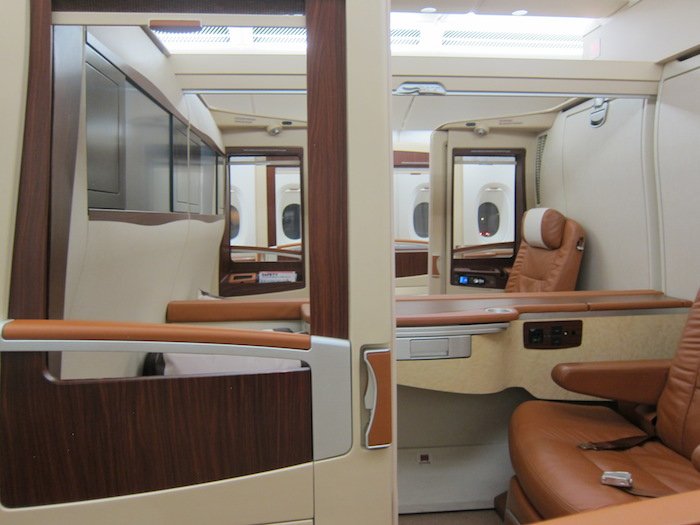 What do you guys think the transfer ratio will look like?

@ flyingfish -- To clarify, I don't think anyone is worried that people will be rushing to transfer their Singapore miles into Virgin Australia miles. It's the other way around people are worried about. We'll certainly find out soon, but I'd be willing to bet it won't be a 1:1 ratio, or if it is, that there are severe restrictions.

Don't ignore the possibility of it being 1:1. Singapore (and the rest of Star Alliance) has nothing in Australia and this might be their game. Also, they own 20% of VAust. And this acts as a partial if not a full hedge to any value loss for them.

Yes, I agree this is more for the benefits of Velocity members than KF members. But this is because SQ owns 20% of VA and SQ has been trying to enter Australian domestic market for a long time. They used to own Ansett Australia (the dead star alliance domestic carrier in Australia) and when Ansett went into financial trouble, SQ tried to buy it but Australian law prevents Ansett to be owned by a foreign investor (maximum share capped at 49%) After Ansett died, SQ has turned its interest at VA. It would've hold more of its share if it's not due to the other owners, ie. Etihad, Delta and Air NZ, all of them want a share in the lucrative vast Australian domestic market, which used to be monopolized by Qantas. I'm sure SQ knows velocity is only available to Aus/NZ/South Pacific residents. They want to get more people away from Qantas to VA by offering this. For most Australian resident, the value of KF miles and VA miles wouldn't be much different as the earn rate on flying both airline is the same. And many credit cards we have here in Australia that can convert points to both VA and KF miles have the same earn rate. So the market value is about the same but it certainly opens up a lot more versatility to us. And I agree, even tho VA miles has lower value than KF miles, it has much better award availability, especially AUS-US flights, and lower fuel surcharges compare to SQ. So I wouldn't write off velocity completely yet!