The flight attendants didn’t give in, so what British Airways did is start hiring “mixed fleet” flight attendants, which operate select short-haul and longhaul flights. They’re paid significantly less, typically stay at worse hotels, and have shorter turnarounds (typically only one night). 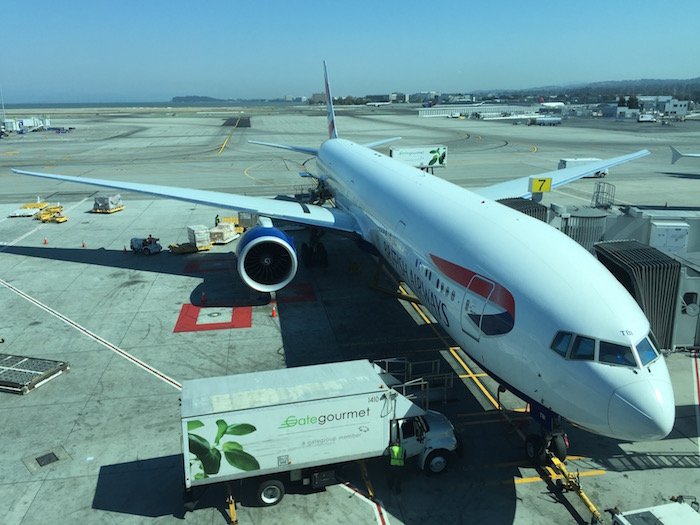 Really we’re going from one extreme to another here — the previous flight attendants that went on strike were in many cases very well paid, while mixed fleet flight attendants are basically paid poverty wages. They make a base salary of 12,000GBP, plus 3GBP per hour of flying pay. Figure they fly about a thousand hours a year, so they’re making about 15,000GBP per year, which is horrible… especially given that they’re based in London.

Well, mixed fleet crews have for the first time ever voted to go on strike, and strikes could start as soon as December 21. 79% of flight attendants who participated voted in favor of a strike, and the turnout was 60%. Per the union’s press release:

79 per cent of the crew that took part in the ballot voted for strike action. Unite is urging British Airways to return to the negotiating table and engage with the union in a meaningful way otherwise over 2,500 Unite members who crew long and short-haul routes to dozens of destinations could go on strike after the 21st December (see notes to editors).

The crew have rejected a two per cent pay offer and on-board customer service managers are furious  they do not have collective bargaining rights. The managers have also endured a six year pay freeze. Meanwhile, Willie Walsh pocketed €8.8 million. British Airways and the parent company IAG reported profits of €1.4 billion, up 64 per cent on last year.

A recent Unite survey found that half its Mixed Fleet members had taken on second jobs on their days off to make ends meet, over two thirds were going to work unfit to fly because they could not afford to be off sick, and a massive 84 per cent said they had experienced stress and depression since joining BA due to their financial circumstances. Some admitted sleeping in cars between flights because they could not afford the petrol to get home.

Not only are the pay rates indefensible but in aviation, low pay is a safety issue. 30 per cent of the Mixed Fleet crew have been with the company for just under a year. Crew simply can’t afford to stay. Inexperience, fatigue, and the fact that BA recently cut the length of crew training courses means Unite is genuinely concerned about the potential repercussions.

While I generally think the truth lies somewhere in the middle when it comes to airline management and union negotiations, in this instance I think that the mixed fleet crews are objectively underpaid. Admittedly they agreed to these terms when they started their jobs, but over time it is indeed indefensible how little they’re paid.

You’d think it would be in management’s best interest to pay them better, to prevent such high turnover and low service standards.

I’ll be curious to see what happens for here. We could potentially see some major strikes within a week, or perhaps management will come to their senses and make a more reasonable offer.

Apologies to Ben - it was Oli that made the Silly kids comment!

Yes Ben £3ph is away from base pay. 9 days in Singapore/Sydney pays well but may only come up once a year if that. What about when they are put in a hotel in Nairobi or somewhere where they are advised not to leave the hotel - that money has to buy food at that hotel - they can't even afford breakfast! They then live off Pot Noodle and Brunch Bars and when they inevitably get ill they won't be getting their away from base pay. Yes they signed up for the contract but it is because usually it is a job they have dreamed of doing all their lives. People compliment the legacy crew because of their experience - you will never get that on Mixed Fleet as they are forced to leave after a couple of years because of the wages. Free flights - not for 7 years so I don't think anyone on MF will qualify for those and as for the discounted travel they get now they don't have the money to take advantage of it. As for your "silly kids" comments get over yourself I can just imagine what sort of passenger you are!