In October Brazil announced that in 2018 they’d begin issuing electronic visas for citizens of the United States, Australia, Canada, and Japan. This is such a huge step in the right direction, given that previously getting a visa to Brazil was both costly and time consuming. Well, there’s great news — as of today, US citizens can apply for Brazilian e-visas. The cost to apply is just $40, plus a $4.24 service fee, which is a huge reduction over the previous fee of $160.

You can apply for a Brazilian e-visa here, and read all the frequently asked questions here. To apply you’ll need to register on the site, complete the visa application form, upload mandatory documents, answer a set of questions, and then make the online payment for the fee. 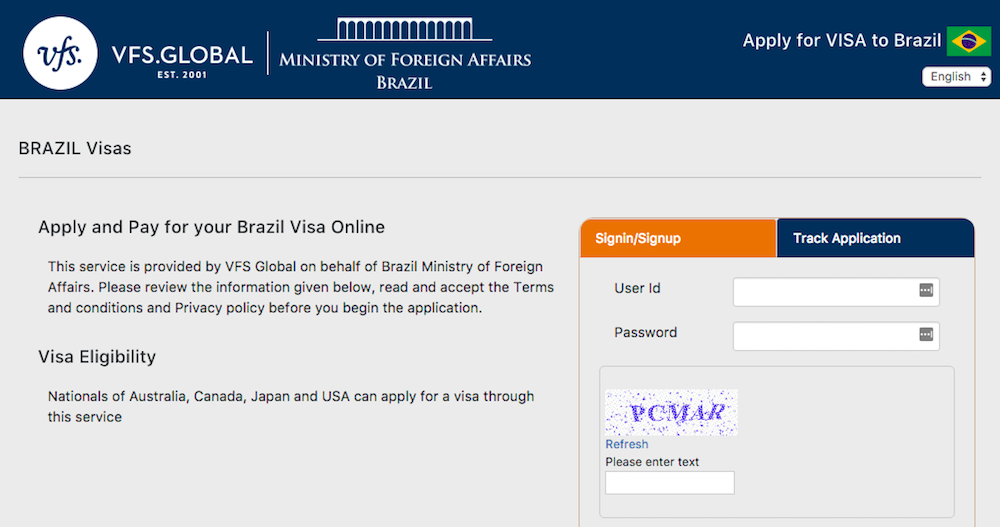 The application page indicates that visas should be approved 4-5 business days after the completed application is submitted. E-visas should be valid for two years from when they’re issued, or when the passport expires, whichever comes first. They’re valid for multiple entries, though you can’t spend more than 90 days per year in Brazil with an e-visa.

The only slight downside is that previously visas were valid for 10 years rather than two years, though that’s a small price to pay for the convenience of being able to get a visa online for just over a quarter of the cost.

Brazil hopes that their simplified visa process contributes to a 25% boost in visitors. That might be optimistic, though I do imagine they’ll see a significant boost in interest, especially given what a pain the visa process previously was. From a traveler’s perspective, though, we just don’t see that many amazingly low fares to Brazil. While it seems like $400-500 roundtrip fares to Europe are the norm nowadays, it’s rare to see fares that low to Brazil.

if brazil really want to increase tourism they should do away with visas all together...

The link is not working for me either.

Jericoacoara is one of the most incredible destinations in the world -- like in the top tiny handful -- but I wouldn't recommend it for somebody who is looking for a beach destination, unless they have a very broad view of that term. The tide goes out for hundreds of meters (maybe thousands) and it is not really perfect for sunbathing. This is a better destination for people interested in scenic beauty and nature more generally, exploring the dunes, swimming in the lagoons, horseback riding on the beach, etc. I'm afraid the new flight will likely change that place forever, and I wouldn't wait to go for anybody interested. For those looking for the best beaches near Rio, I suggest Ilha Grande, which is a two hour or so drive from Zona Sul, followed by a 25 minute boat ride. Many of the beaches there compare to the best of the Northeast, and the best (Lopes Mendes, reachable only by water taxi and a hike) is one of the top beaches in the world as far as I'm concerned. One bad thing about the new visa which needs clarification is the 90 day per year limit. The old visa had a 180 day per year limit, with a maximum of 90 days per stay. Have they really reduced this?