Well this is just horrible. A Facebook user shared a video taken at the Country Inn & Suites Newport News last Friday, where a front desk clerk loses his temper. Here’s how the Facebook user describes the incident:

I don’t post a lot, but my mom came down for my son’s birthday and was placed in a non-smoking room that was obviously smoked in. The guy obviously had a problem with us, listen when he turns to go back in his office……and believe me, I handled my self better than I ever thought I would.

On behalf of Country Inn & Suites by Radisson Newport News, Va. I want to apologize for the inappropriate behavior and comments of one our employees from an incident that occurred on Friday, May 4. We are taking this matter very seriously and effective today (May 7, 2018), the employee in the video has been terminated. As a result of this incident we will also be re-training every employee this week on our code-of-conduct policies to help ensure something like this never happens again.

Obviously hospitality employees deal with a lot of stress, and in some cases with a lot of people in bad moods. It’s possible that the guy recording the incident was provoking him in some way (including recording him), but there’s simply no excuse for this kind of behavior and slur. At worst he should have called the police to have the guest removed from the premises, but even that should have been avoided if at all possible. But to say something like this is just terrible.

This happens quite often in america; why the surprise. This was how they acted and treated each other.

@Jason have you been to the outback ? The indigenous are absolute ferall , spitting and cussing on/towardstourists , looking to antagonize and be controsersial , I stood up to them in non-passive agressvise and they all absolutely had no idea what to do and moved in to their next target - Australia racist ? .. nah mate .. where just realists not racists and don’t put with crap behaviour from anyone 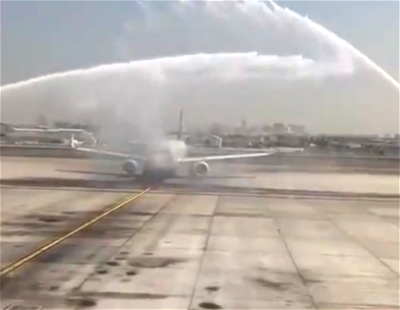