I don’t actually have anything useful to say here, but couldn’t help but share just how bad my luck has been with American lately.

Of my last five flights on American, three planes have been “broken:”

I know American dropped their #GoingForGreat slogan, but did they really have to replace it with a #GoingForLate philosophy?

Well, today I’m flying from Miami to New York (my most recent flight with American since flying from New York to Miami). My flight was scheduled to be operated by a 767, and you want to guess what happened? Yep, the plane was broken.

While there was a 767 at our gate at boarding time, around that time we were informed that there was a gate change from gate E6 to gate E8. 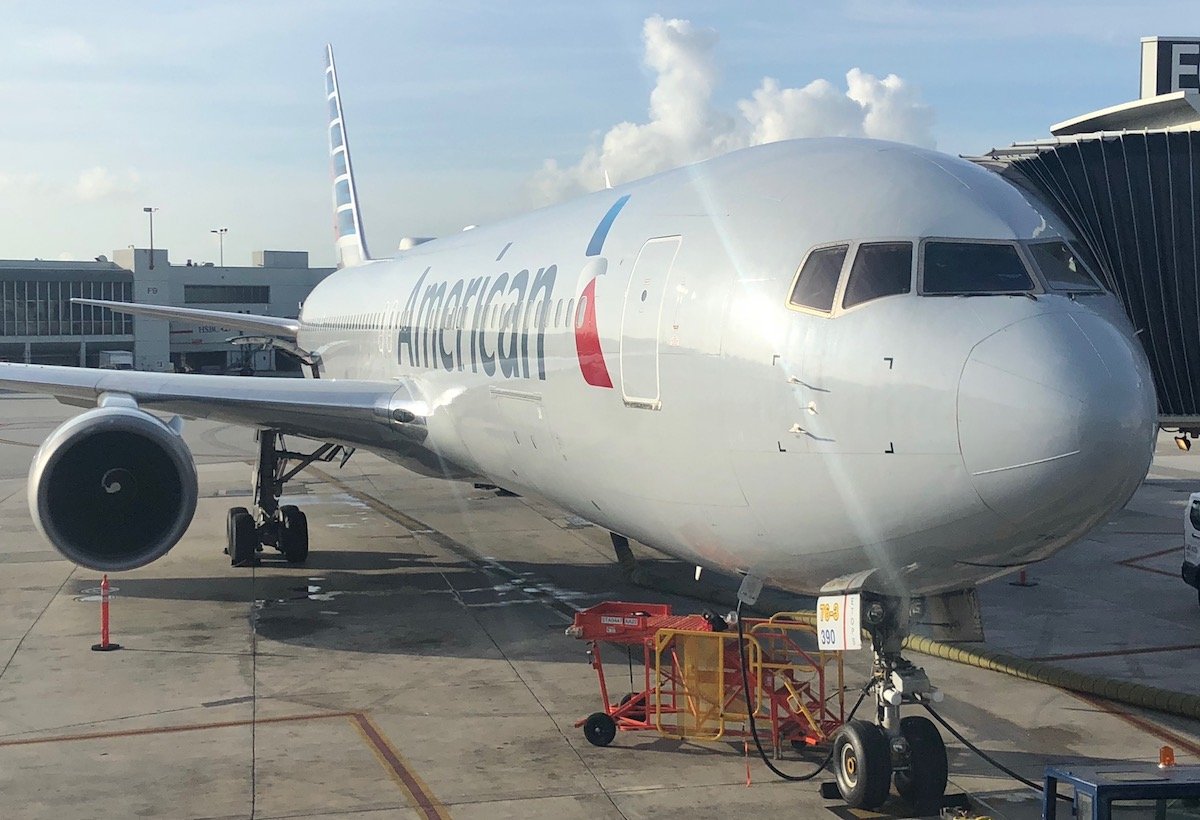 Go figure there wasn’t actually a plane at the gate. 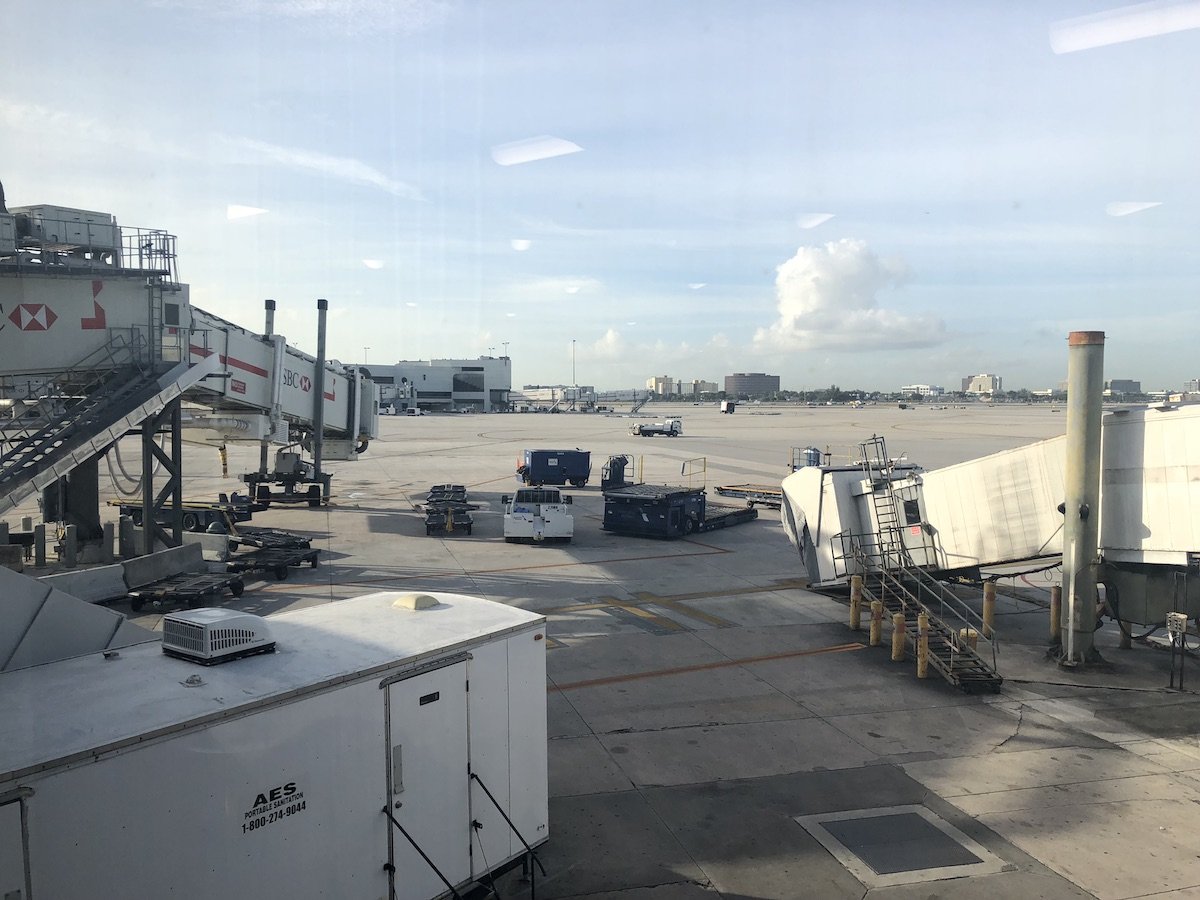 We were then informed that there had been an aircraft swap from a 767-300 to a 757-200. On the plus side, I maintained my upgrade, even though they reduced the size of the business class cabin from 28 seats to 16 seats, meaning that they had to downgrade a dozen people. I guess there were a dozen people who cleared their upgrades after me. 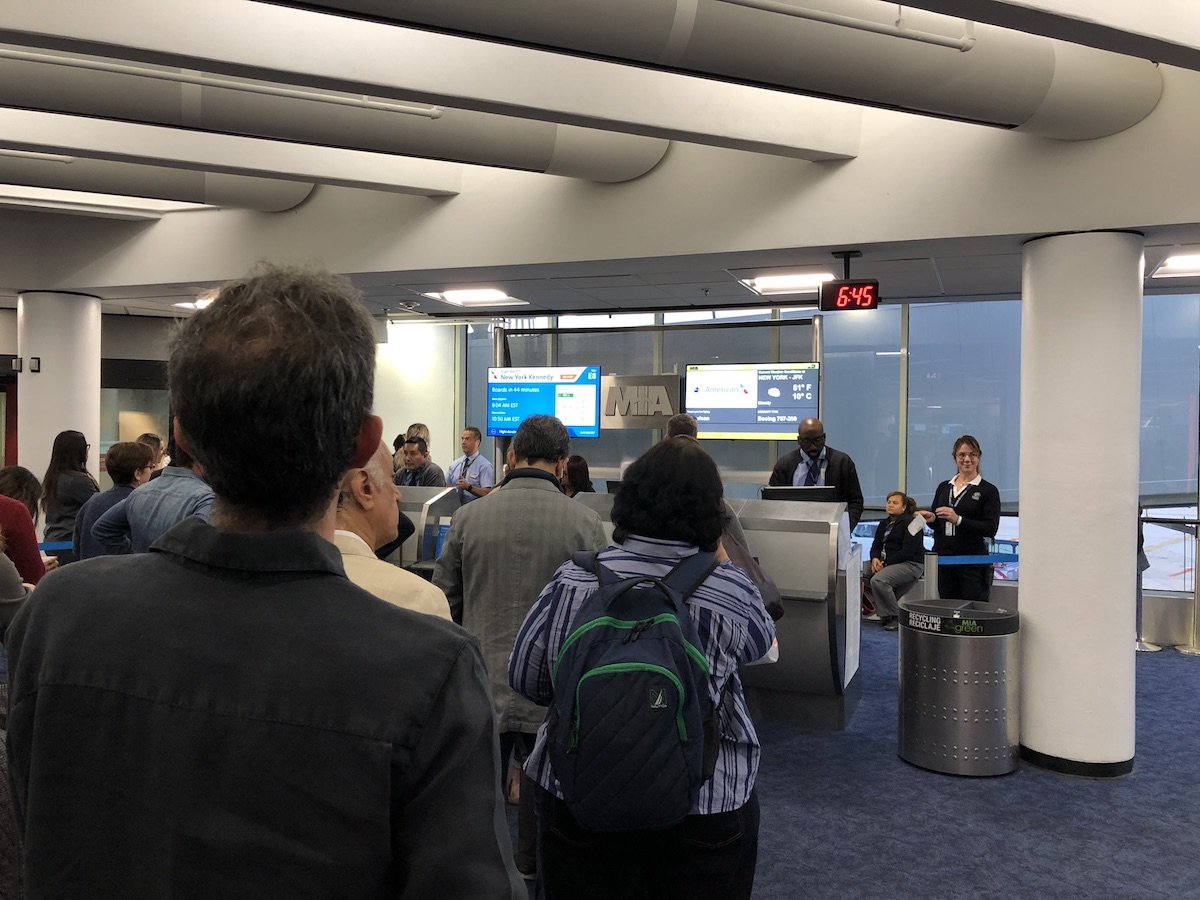 All things considered I have to say the delay was handled pretty well — two hours after the delay announcement they brought snacks into the gate area, and they provided a few updates. This is especially surprising since I find that Miami Airport is American’s worst airport for customer service.

Apparently the 757 we were waiting for was undergoing maintenance in the hangar, and they didn’t initially know how long it would take for that to be wrapped up.

So yeah, I have conflicting feelings about this:

But yeah, I’m certainly reaching my tipping point with the airline. With next year’s changes I think it’s time for me to finally quit American “cold turkey.” But I’ll save that for a separate post…

I like AA, I do, I do, I do. But it doesn't like me. If I absolutely positively need to be somewhere, I'll fly Delta thru ATL. Not as convenient, takes longer, but you WILL get to your destination. The last five round trips I've had on AA have all had one leg cancelled forcing a missed connection. So I end up flying coach, while my initial flight was in first. No refunds, no compensation, just take it or leave it. The only excuse I'll offer up for them is that their big hub is DFW and weather is a giant issue lots of times out there.

Real time AA incompetence. Started boarding a 777 from mia to dfw 30 mins before departure. Everyone is boarded and 10 mins after we’re supposed to push back the FA comes on and says cheerily “we have everyone on, bags loaded and all we need now is a captain! We’ll let you know as soon as we get one.” I can only hope the dfw ops is as incompetent as MIA so that one is late too. I’m only flying them because they offered me temporary high status to give them a try (I already have gs and 75k) and the three times I’ve flown it has been an unmitigated disaster. #marketingfail

@Lucky, I love how the titles of your posts about American keep spiraling downwards. I'm expecting an image of Dante's inferno in the next one! Seriously, I flew them a lot last year (was ExPlat) and realized how horrible they were. Now I'm a Delta boy, MUCH happier! @vlcnc lol exactly