American Airlines has announced that they’re introducing new wines in their lounges this month, including in Admirals Clubs, Flagship Lounges, and Flagship First Dining.

As American describes it, their goal with creating a new wine list is to “provide diversity of choice and serve wines that appeal to varying tastes and palates.”

Here’s how one of American’s master sommeliers describes the updates:

“We’re diligent in offering a broad selection of wines so that every wine drinker can find something they like when traveling. We look at it more like putting together a restaurant wine-by-the-glass menu. Customers can go for a great glass of Champagne or a full-bodied red and everything in between.”

American is proud of the fact that they have two of only 255 master sommeliers in the world working for them.

Here’s how the wine selection process is described:

It takes more than a year for Stuckey and Echavarrie to design a new wine list and sample more than 900 wines. Each quarter, they identify their top selections based on their notes and historical data on what has been most popular in lounges around the world. From there, they present options to a variety of American team members to solicit feedback and identify which wines are best suited for the Admirals Club, Flagship Lounge or Flagship First Dining.

In Admirals Clubs, American is introducing two new custom-designed complimentary wines that are made exclusively for American under the label “Veloce Rosso” and “Veloce Bianco.” 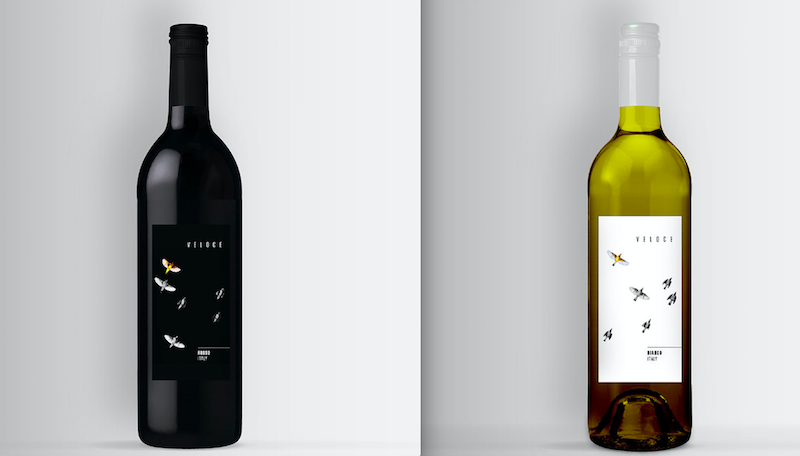 The concept of creating a custom-designed wine is sort of smart, since it means we won’t easily be able to Google the wines and realize that they probably would retail for $5 per bottle. 😉

I’m no wine expert, so I’ll let you guys tell me what you think of American’s selection. I continue to be impressed that American is serving Krug in Flagship First Dining, and I also think the Besserat in the Flagship Lounge is quite good.

I will say that in general I don’t value airlines spending tons of money on airlines having in-house sommeliers and celebrity chefs. This is especially true with chefs, since that money could better be spent towards the cost of producing the food, rather than paying a chef to tell us that the food is good, when it in fact isn’t.

Airline wine provisioning is always an interesting topic. Sometimes airlines strike deals with winemakers where they may get wine for next to nothing as a way of marketing the wine. After all in theory having access to those flying first and business class is a pretty desirable market.

However, these kinds of arrangements are most common when there’s some sort of exclusive agreement. So while I imagine American is getting a good discount on all of this wine, I doubt they’re getting it for next to nothing.

What do you make of American’s updated wine selection?

Miner wines are nothing to tell home about. Not too excited about this

I would not fly AA based on the lack of maintenance oversight - pushing mechanics to overlook items that make equipment not legal to fly..... https://www.youtube.com/watch?v=w4RlDUHU4gU

I don't care if a bottle of wine retails for $5. What is important is does it taste good on the ground in the air. There was a kerfuffle on the BA flyer talk board earlier this year when it was revealed that a wine was retailing for £5 a bottle in a UK super market and how awful it was. Turns out the £5 was for a half bottle and those that had tasted it thought it was a good wine to drink. It was those that hadn't tasted it who objected the most. And I am always suspicious of these master sommeliers. They often rely on the label not the taste as proven by blind tastings where they rate the same wine differently depending if they can see the label or not. How can a wine be wonderful with a label but awful when it's poured from a bottle with the label hidden??