For International Women’s Day we sometimes see airlines promote how they have female pilots, and staff certain flights exclusively with females. Some day we’ll hopefully live in an era where having an all-female cockpit crew isn’t noteworthy, though for now only somewhere around 5% of airline pilots worldwide are female. One of my favorite such stories had to be from 2016, when Royal Brunei had a three-person female cockpit crew land a plane in Saudi Arabia of all places, where the women wouldn’t have been allowed to drive.

This past Sunday two Alaska Airlines pilots created a “first” for the company. Specifically, for the first time in the company’s history, Alaska Airlines had two female African American pilots in the cockpit. That’s pretty cool. The captain, Tara Dillon Wright, made an announcement informing people about the special flight they were on, which just happened to be on Mother’s Day, and also on her dad’s 80th birthday (though he was in Spain).

Here’s a video of her pre-departure announcement, which has over 800,000 views in the past few days as of the time of this posting:

Well done, ladies! I’m a bit surprised that this is the first time in the company’s history that this has happened, though better late than never. I suspect most other major airlines have already had this happen.

Erin it seems like you have no clue about racial and gender discrimination. For women and minority they usually don't get the opportunity to take these positions because the employers often have implicit or explicit bias toward them, just like you are saying many white men think that the rest is not competent thus do not hire minorities and women. Also there are historical disadvantages toward women and minority so many of them didn't have the opportunity to get qualified. It's a deep issue in many societies and the us is at least trying to address it and have a meaningful discussion whereas Europe is far behind in that regard. And finally I am sure these two women worked harder and are more competent than many white male pilots out there because otherwise they wouldn't have got this job given the current social structure. I can't imagine what kinda bs they had to go through to get here

UPS had their first female African-American captain back in 1994!

Those are two badass women who I'm sure overcame more adversity than all the naysayers on this blog. Thanks for sharing @Lucky. I wish that it weren't a first, but we still have a long way to go and it's important to celebrate this milestone! When minorities and women are 50% or more of the pilots out there we can stop paying attention to these things. But until then we celebrate every hard-fought win! 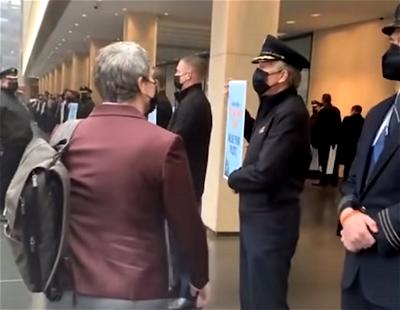