Yesterday a Ukraine International Airlines Boeing 737-800 flying from Tehran to Kiev crashed shortly after takeoff, killing all 176 people onboard. US and other intelligence officials are claiming that the plane was shot down by Iran, and there’s even now alleged video footage of the incident.

With the theory of the plane having been shot down now widely accepted by authorities around the world, it looks like some airlines are starting to take action, as we’ve already seen two airlines divert while enroute to Tehran today.

Lufthansa flight 600 was operated by an Airbus A330-300 bound from Frankfurt to Tehran today, and the plane turned around about two hours into the flight, and flew back to Frankfurt. The airline has also canceled their flight for tomorrow.

Austrian flight 871 was operated by an Airbus A320 bound from Vienna to Tehran today, and the plane diverted to Sofia, Bulgaria. The airline has also canceled their flight for tomorrow.

In both cases these diversions came as the airlines learned about the seemingly reputable theory that Iran shot down the plane. I wonder how exactly the crews handled communicating with the passengers in this situation. I doubt they explained what they knew to passengers, so presumably passengers were left to read between the lines.

What are other airlines doing?

Ukraine International Airlines immediately suspended the Kiev to Tehran route after the accident.

A majority of the remaining airlines flying to Iran are from the Gulf region, and they’re continuing to operate flights as usual.

As far as other European and Asian airlines flying to Tehran go:

It will be interesting to see how this situation unfolds. On the one hand, obviously people still need to fly in & out of Iran at the moment. At the same time, airlines have to prioritize the safety of their crews and passengers.

What excuse do airlines have for not canceling flights?

I guess to think of this a bit differently:

So it’s most likely that a commercial plane was shot down by mistake shortly after takeoff.

With that in mind, what’s the logic for airlines not canceling their flights to Tehran at the moment?

Unfortunately Gulf carriers in particular have a habit of not heeding warnings from international safety organizations… I’ll be curious to see if this situation is the same.

What do you think is the appropriate action for airlines to take here?

Mark, Your hypothesis fails as this was just one of many flights that took off from their capital airport overnight - in fact 8 passenger planes took off between their general attacks and this plane, and then another 5 or so in the next few hours. It had full id, was being directed by Iranian controllers and was taking off from their own capital airport in the capital city, where all the top equipment and leadership are so their can be no excuses about being misidentified. How you can even suggest it would have any mistakenness of being an American attack craft is unfathomable.

OS did not divert to Sofia, it was already planned to make a tech stop there before it took off (maybe refueling so they don't have to in Tehran?). What changed was that instead of continuing to Tehran after the stop, it returned to VIE (if they had fuel all the way to Tehran, they would not divert to SOF but simply return to VIE).

Iran is insisting that they did not shoot down the plane, and they are intent on proving that. Oh, wait: "Iran is using bulldozers at the Ukrainian plane crash site, which could make it impossible to prove what happened"... ;) 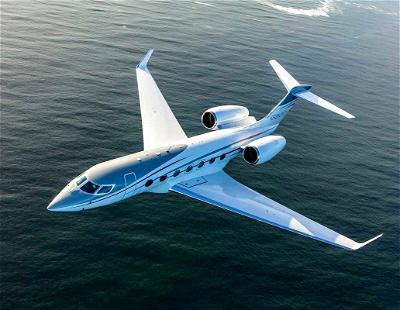