Earlier this year we learned of Air Senegal’s plans to add flights to the USA, and that’s now officially happening, with flights being on sale. It’s a fascinating and rather strange route as well.

As of September 2, 2021, Air Senegal plans to introduce a new twice weekly flight to the United States, to both New York (JFK) and Baltimore (BWI). The flight will operate with the following schedule, on Wednesdays and Saturdays in both directions:

Presumably all USA-bound passengers will clear immigration in New York, even if they’re connecting to Baltimore, which would explain the long layover in New York.

Air Senegal will use an Airbus A330-900neo for the route, featuring 290 seats. That includes 32 business class seats, 21 premium economy seats, and 237 economy seats. Air Senegal only recently took delivery of two A330-900neos, and the planes sure do look quite nice.

Unfortunately one-way fares aren’t any more affordable, as they’re significantly more than half of a roundtrip fare.

Usually this is where miles would come in handy, though unfortunately Air Senegal doesn’t partner with any other major airline frequent flyer programs, so for most of us the only option is to pay cash.

What is Air Senegal, anyway?

For those of you not familiar with Air Senegal, the airline was technically founded in 2016, as it’s the successor of Senegal Airlines, which ceased operations that year. The airline is growing nicely and with a modern fleet, as it has two A330-900neos, two ATR-72s, and four A320-family aircraft. On top of that, Air Senegal has eight A220s on order.

For some context on service between the USA and Senegal:

While New York and Washington (which Baltimore is near) are the two cities in the United States with the biggest Senegalese populations, I can’t help but feel like this route is pretty inefficient for those traveling to & from Washington, and also not terribly competitive in New York:

Air Senegal is government owned, and it’s hard to imagine any universe in which this flight could actually turn a profit. So many government owned airlines want to add service to the United States for prestige, only to quickly realize that this kind of service isn’t nearly as lucrative as they expected.

Personally I don’t see any way this route could be profitable for the airline, so I imagine the survival of this service will come down to how committed the government is to maintaining this link to the United States.

This flight will be operated by a wet leased plane

Note that one of Air Senegal’s two Airbus A330-900neos is technically wet leased, and the airline will have to use that for its service. Why?

Air Senegal seems to be following through with adding service to the United States, with the flight expected to launch next week, in September 2021. The airline will fly twice weekly to Baltimore via New York using an Airbus A330-900neo. Tickets are now on sale.

I’ve been wanting to fly Air Senegal ever since the airline got its new A330s, so this might finally be the chance to do so. Here’s to hoping the flight actually ends up launching, and I sure wouldn’t mind a business class fare sale either. 😉

What do you make of Air Senegal’s new flight to the United States?

Very disappointed the way they handle your luggage. I tried the BWI- DSS route to give them a chance but will never do this again. I have lost a bag and no one is able to tell me where it’s at and when I will get it. I am supposed to wait for a phone call. Outbound flight was late almost 4 hours with no compensation. Weak customer service

Often times return tickets are cheaper than one way tickets, so that is not surprising. There may be other reasons for having the flight such as officials or senior people not being able to fly a foreign carrier. And I am surprised that you find a couple of thousand dollars for business class expensive these days. Seems you haven't checked flights for other destinations recently.

On the contrary, this is a great schedule. Enjoy a full day of work or play in Dakar, have a nice dinner at Le Lagon, head to the airport, get a full night's sleep inflight on a flat bed, arrive at JFK when there are hardly any other international flights arriving, sail through Immigration. Delta's schedule is similar. 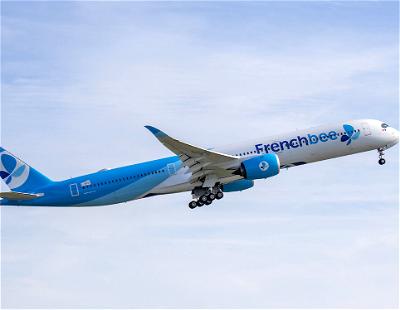