The US Attorney’s Office of the Eastern District of New York has filed charges in what it calls a “$50 million Russian smuggling scheme.”

An indictment and complaint were unsealed on Monday in federal court after an extensive investigation by the Federal Bureau of Investigation (FBI), Customs and Border Protection (CBP), and the New York City Police Department (NYPD).

10 individuals have been charged with transporting $50 million in electronics from the US to Russia. The electronics were mostly Apple products, and many were even stolen.

All of the electronics were transported on Aeroflot flights, and most of the smugglers were Aeroflot employees. As a result, the Department of State has revoked visas for 113 Aeroflot employees, for their participation in the scheme.

The smugglers generally fit into one of two categories:

In all cases, smugglers received instructions from the person at the center of this operation, who would coordinate handoffs in New York.

Searches of luggage of Aeroflot crew members and employees revealed millions of dollars worth of electronic devices. For example:

When a search warrant was executed on the residence of the guy in the center of all this, over $600,000 in cash plus a large number of Apple products were discovered.

Of course no announcement of a bust like this is complete without some bad attempt at humor. As the FBI Assistant Director-in-Charge said:

“If you believe it is acceptable to exploit positions with a foreign airline to smuggle millions of dollars in illegal goods back to Russia as we allege, the answer is Nyet.” 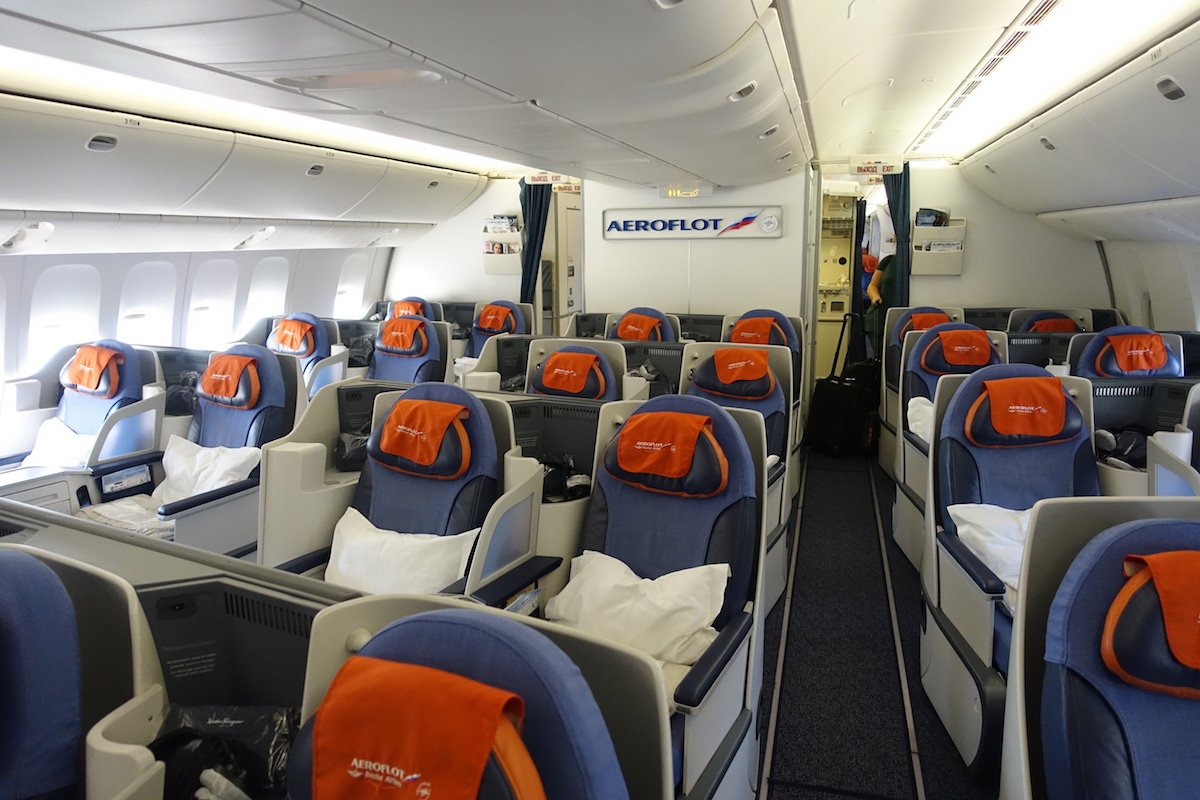 10 people have been charged in a scheme that involved smuggling tens of millions of dollars worth of electronics on Aeroflot flights from the US to Russia. These were mostly Aeroflot employees, with many working trips to New York, and presumably just making some extra money along the way.

This is far from the first time that we’ve seen a story of airline employees involved in some sort of a smuggling scheme, though this certainly seems like one of the larger scale and more coordinated efforts that has been uncovered.

In the US we’ve sometimes seen flight attendants act as drug smugglers, which is easy enough for them to do when they can bypass security thanks to their “Known Crewmember” status.

This Aeroflot scheme seems gutsy, especially when you have one person traveling with nine suitcases that have 235 Apple products…

The first thing the Department of Justice's press release talks about is transporting stolen property: "An indictment and a complaint were unsealed today in federal court in Brooklyn variously charging 10 defendants with transportation of stolen property, failure to file export information, illegal exportation of electronic devices and conspiracy to commit these offenses." Not really people buying stuff at the Apple store and trying to sneak it into Russia without paying the customs charges.

Knowing how russian customs work, I can 100% guarantee that Sheremetyevo customs officers (I could probably even show you which ones) are in on this and receiving a big cut of the profits. On the other hand, I can also 100% guarantee that the airline itself is NOT in on this. It won’t happen officially, but you can be reasonably certain that unofficially everyone involved will be dealt with very severely. And, by the way, any suggestion of revoking their license to fly to the US is ridiculous.

I hope this doesn't lead to Aeroflot being banned from flying to the US, or them just pulling out, as they are my only direct air link from Russia to the US. Plus, they are much cheaper than using a European airline and connecting in Europe.