Early last year it was announced that IAG would be taking over Aer Lingus. For those of you not familiar, IAG is the parent company of British Airways, Iberia, and Vueling. This announcement drew mixed reactions. Personally I’m not a fan of British Airways (especially under their current leadership), so them expanding their “family” of airlines further is bad news, as far as I’m concerned.

What I am excited about is the prospect of Aer Lingus joining the oneworld alliance, which has been part of the plan all along. Well, it has now been almost two years since it was announced that IAG would be taking over Aer Lingus, and we still haven’t heard much about the prospect of the airline joining oneworld.

While the date still hasn’t been set, it looks like we now have an update. USA Today reports that IAG chairman Willie Walsh hopes that Aer Lingus will join oneworld and the oneworld transatlantic joint venture in 2017:

“The plan is Aer Lingus will rejoin the oneworld alliance and therefore will benefit from the arrangements that apply,” Walsh said in an interview with Today in the Sky last week.

“We don’t have a specific timeline. We’re working as quickly as we can,” he said. “But these issues aren’t always as simple as they might appear. IT (information technology) tends to be the issue that drives the timeline on most of this — getting the Aer Lingus systems capable of interacting with the other oneworld carrier systems.”

I’m also excited about Aer Lingus joining the oneworld transatlantic joint venture. There are often fantastic oneworld business class fares between the US and Europe, so Aer Lingus flights would be eligible for those fares. I’ve booked several discounted business class tickets on British Airways the past couple of years, but would prefer flying Aer Lingus by a long shot.

As of now oneworld business class fares out of Dublin are generally excellent, though I expect that will change once Aer Lingus becomes part of the joint venture, since it’s their home market. 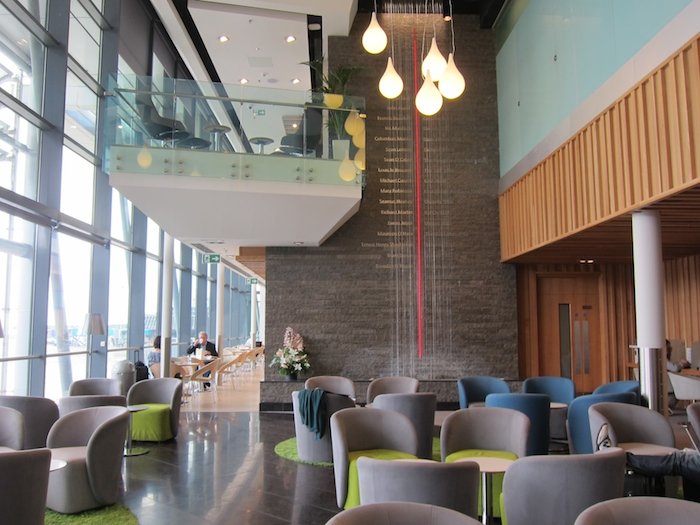 All things considered I’m excited about Aer Lingus joining oneworld. Hopefully it does in fact happen next year. While Aer Lingus doesn’t have all that much business class award availability, I’m still excited at the prospect of earning and redeeming miles on them, and flying them on discounted oneworld business class tickets.

Are you excited about Aer Lingus joining the oneworld alliance and transatlantic joint venture?

Old thread, but wondering: with the announcement that they'll be flying to Philly (AA hub), does this signal that the official entry to OW will be soon?

I'd trade fun and quirky for clean and comfortable any day of the week. There are recent hard product updates to the A330 fleet but EIs shorthaul fleet is tired and old.