It’s supposed to be an exciting year for Aer Lingus. The airline is undergoing a brand refresh, and they’ve been growing consistently and profitably.

The most exciting development for the airline this year is supposed to be that they’re taking delivery of their first Airbus A321LR. The airline has eight of these planes on order, and these fuel efficient narrowbody planes will allow them to expand their transatlantic network even further.

Well, unfortunately it looks like this plan is falling apart.

Aer Lingus has today announced some aircraft delivery delays. The airline is still expecting to take delivery of their first four A321LRs in 2019 (as originally scheduled), but two are now due in “late summer,” while the other two are expected in fall.

What are the impacts of this?

Aer Lingus says that all guests on affected flights are being accommodated on alternative flights.

The way I even found out about these changes is that I had booked the Montreal to Dublin route using British Airways Avios, and I just received a flight cancelation notice, without any sort of alternative presented. 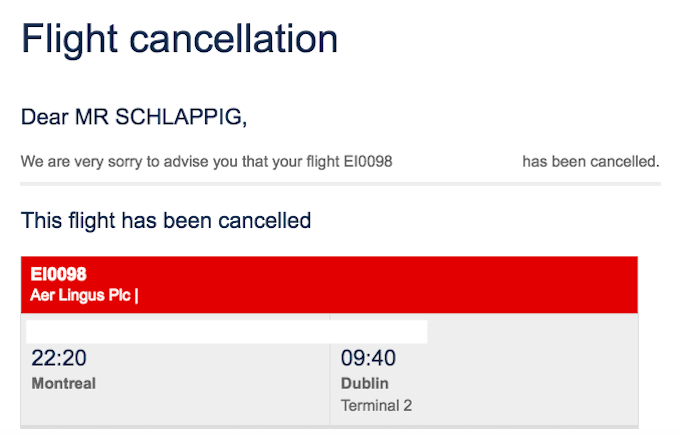 Interestingly the Dublin to Hartford flight continues to show the A321LR as operating starting in July, though my guess is that they just haven’t updated that yet, and that the flight will likely be operated by a 757-200, as it currently is. It’s unlikely they’ll have an A321LR by early July. 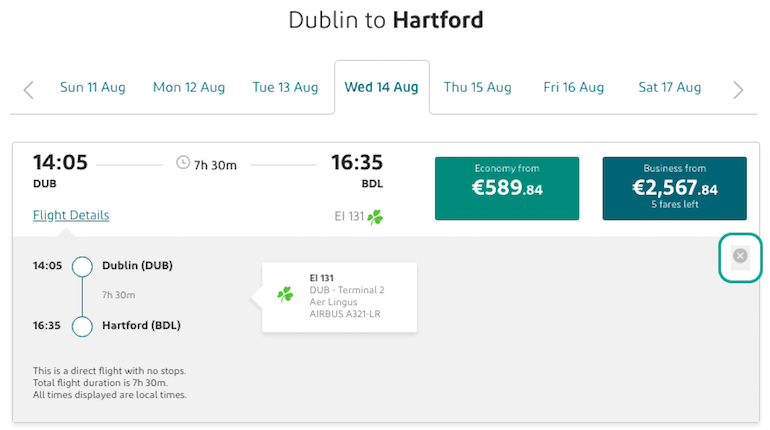 So as of now it seems like the delivery delays should just be for a month or two, and shouldn’t be too major. At least that’s the case as of now.

Anyone else impacted by these Aer Lingus flight cancelations?

I only found out by complete accident, had paid the fare deposit and went onto the site to pay the remaining balance, it was due on April 10th. No Notification on aerlingus.com that the flight was cancelled, rang their reservations number and was told that we could REQUEST a refund. As a self employed business man, I had reluctantly turned down work for my trip to Montreal on the 8th of August, this is something I cant afford to do. Aer Lingus made no attempt to contact me and have offered no support at all. Bad bad way of doing business.

I was booked on the YUL-DUB in September and called in to BA for options. I requested to be rerouted at no extra cost in miles/fees or to be refunded. The agent rebooked me YUL-LHR-DUB in BA business class. While I was really looking forward to flying direct from Montreal, this is a suitable alternative. I hope those of you who are being asked to cover fees are able to avoid it!

Just thought I should circle back and update. I called BA today and they had no issues rerouting us through London on BA flights. Leave 35 minutes earlier and get in 2 hours and 40 minutes later, but not a bad result for 6 of us, all in all.