There’s a story going viral about a guy that racked up a ~$1,200 inflight internet charge on his Singapore Airlines flight between London and Singapore.

The story as such doesn’t have any merit. Singapore Airlines very clearly publishes their “overage” charges, and this guy was trying to upload some documents which took up a lot of data. And given how slow the inflight Wi-Fi is, you often have to try several times, which takes up even more data. So it’s his fault for racking up so many charges, because he should have known better.  After all, there’s an inflight Wi-Fi “status” page which shows your usage up until that point in the flight. 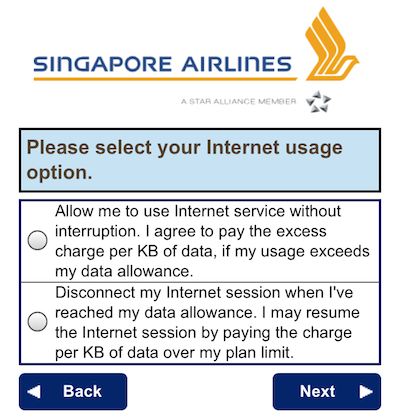 That being said, this situation does expose how ridiculously overpriced Wi-Fi on Singapore Airlines is, and how far off base the airline is with their approach to inflight Wi-Fi. I’ve written about this several times in the past, and it is indeed very frustrating.

Why is the airline so far off base?

Pricing varies based on aircraft

What’s so ridiculous is that if this guy was flying a Singapore 777-300ER instead, Wi-Fi for the entire flight would have cost him ~$20. On the A380 Singapore Airlines charges for Wi-Fi based on usage, while on the select 777-300ERs with Wi-Fi, you can purchase a flight pass with unlimited data.

As a consumer, how exactly do you rationalize what is in this case a 6,000% price difference on the same airline, based on the aircraft you’re flying?

It’s interesting to contrast Singapore’s strategy of price gouging passengers for Wi-Fi to Emirates’ strategy, as they’re now offering all passengers complimentary Wi-Fi. The first 10MB is free, while an additional 600MB costs just $1. Why? Because they view Wi-Fi as a value-added part of their overall product offering, and not as a profit center. 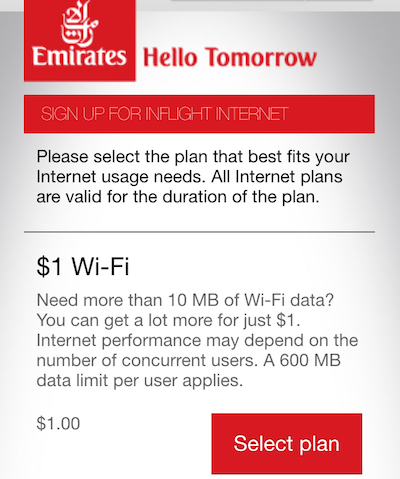 Now, admittedly Wi-Fi arrangements are complicated. Typically Wi-Fi is provided by a third party, and I don’t know exactly how the financial relationship works between the airline and the Wi-Fi provider (who pays for the equipment to be installed, how do they split revenue, etc.). What I do know, though, is that both Emirates and Singapore use OnAir for their onboard Wi-Fi.

Surely when I used hundreds of MB of data on my Emirates flight a couple of days ago, Emirates wasn’t paying OnAir $1,000+ for that usage. Presumably Emirates is taking some sort of a loss on Wi-Fi and viewing it as an investment in the product offering, but in the case of Singapore, the cost charged simply doesn’t reflect the cost of providing the service, at least on a marginal basis.

I’m hopeful that this story gets enough attention so that Singapore Airlines is encouraged to reconsider their approach to inflight Wi-Fi, either by following Emirates’ lead, or at least by charging on a per flight basis on the A380s, as they do on their 777-300ERs. For an airline so focused on the onboard product, they’re really missing the mark with this…

Am happy you are finally seeing some negative points in your most favourite airlines SINGAPORE and finding something positive about Emirates. I paid for my wifi lately flying AA london to new york it never worked,i wrote to AA who reffered it to Deutch telecom who contacted me and offered me a voucher .