Yesterday we learned that Air Canada made an offer to acquire Aeroplan, which is their spun off loyalty program. For over a decade Aeroplan has been the frequent flyer program of Air Canada, though in 2020 their contract ends. The termination of the contract has led to a lot of uncertainty for the future of Aeroplan.

After yesterday’s news I explained what Air Canada buying Aeroplan would mean for consumers, and in many ways I think it could be good news. One of the reasons I say that is because I don’t personally see Aeroplan’s future as being very bright independently.

That’s why I wanted to step back for a moment and cover some news from Aeroplan last week that I hadn’t gotten around to writing about. We’re just two years from July of 2020, when the contract between Air Canada and Aeroplan will be terminated. Last week Aeroplan shared what they call “the beginning of a new Aeroplan,” where they started to share a somewhat detailed vision of what a program could look like in the future.

What Aeroplan promises for the future

Jeremy Rabe is Aeroplan’s new CEO as of a couple of months ago. I have a lot of respect for the guy — he has worked in loyalty programs almost his entire career. It gives me more faith in the future than if they chose someone who has no background in this industry, or if they chose someone who had a background in a different part of the airline industry, like revenue management (purely in terms of how they view loyalty programs). 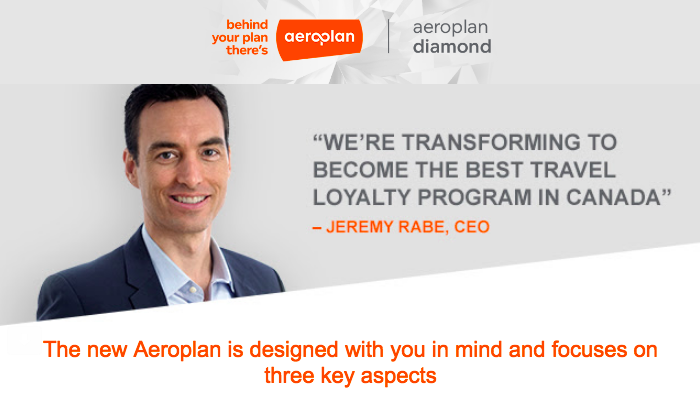 Here’s a video with Jeremy Rabe, where he’s being interviewed about the new program:

He makes three key promises about the new Aeroplan program:

That all sounds great, but I think the problem is that every loyalty program executive says that about their program.

More specifically, here’s what he means with these promises:

Since Aeroplan will no longer be associated with one specific airline, you’ll be able to redeem your miles for a seat on any airline, anywhere, at any time.

Furthermore, they plan to introduce a “unique points transfer program” that will allow you to transfer your miles into nearly 20 frequent flyer programs, covering all major airlines and many hotel loyalty programs.

You’ll also be able to redeem for experiences, including concerts, spas, private jets, and more.

Aeroplan has promised that they’ll maintain the same starting levels for mileage redemptions to the areas that members most redeem their miles to, including:

My take on a new Aeroplan program

If you took what Aeroplan promises at face value, the new program sounds appealing. It essentially sounds like Aeroplan will become a new transferable points currency, and you’ll have the flexibility to redeem Aeroplan miles as cash towards a ticket, or convert them into another mileage currency. 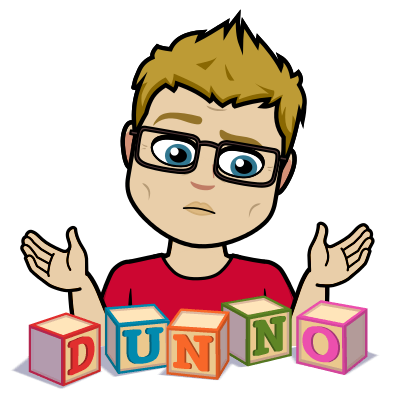 The answer to all of those things is “we’re working on it” and that “the new program will be competitive and compelling.” That’s fair enough, since the current CEO has only been in his role for a couple of months, and I’m sure he’s doing what he can. However, I’m also not ready to jump onboard and buy into their vision until they provide more details.

Personally I’m very skeptical, given their that this is a program that isn’t linked to an airline. Purely in terms of loyalty program economics, this makes it much tougher to be as rewarding.

I’d be willing to bet with near certainty that Aeroplan won’t offer 1:1 transfers to other programs, and not even 1,000:750 transfers, for example. I’d guess that at best the transfer ratio will be 2:1, and I’d even be surprised if it’s that high. Notice they refer to this option as “unique,” and not “generous” or “compelling.” I’d expect this to be somewhere between an Amex Membership Rewards transfer ratio (often 1:1) and a points.com transfer ratio (more like 10:1).

Then there’s the question of what the rate is at which you’ll be able to redeem miles as cash towards the cost of a ticket. The above starting mileage prices (based on which they’re saying there won’t be devaluations) are just that — starting prices. The cost will presumably closely be tied to how much a revenue ticket would cost.

Aeroplan says that they’ll buy bulk inventory from airlines so that they can offer reward seats, and while that could be possible, I highly doubt they’ll be able to work anything out for premium cabin redemptions that makes sense for members.

Of course they’d probably argue that a vast majority of people want to redeem for economy short-haul awards, and while that’s true, that’s not the case for those of us looking to maximize points. Even for those looking to redeem domestically, I think it’s almost certain that Air Canada wouldn’t offer Aeroplan any sort of preferential rates if they don’t end up buying them, since they’d be their biggest loyalty program competitor. Given Air Canada’s market share in Canada, that would be a major restriction for Aeroplan members.

Air Canada’s takeover bid for Aeroplan is an interesting one. It might seem counterintuitive for me to say that a merger of programs is good for consumers, given that it ostensibly eliminates a competitor in the market. The reason I say that is because there are billions of outstanding Aeroplan miles, and I simply don’t believe that Aeroplan will be able to maintain the current value of their miles with this new system, assuming they remain independent.

To be clear, I think those looking to just redeem short-haul economy tickets won’t necessarily be that much worse off, though without a preferential agreement between Aeroplan and Air Canada, options may be limited in some markets.

I think the huge impact here will be for those who like to book premium cabin tickets, as I can’t imagine Aeroplan would offer anything nearly as competitive as what they do now. That’s simply because of how the economics of loyalty programs work.

If an airline has an unsold first and business class seat last minute, the cost of releasing that seat to a member of the loyalty program is next to nothing (assuming you come at this from a loyalty background rather than revenue management background). Meanwhile if you’re “selling” that seat to a third party, it’s a different story.

@Omar, I think it is actually listed at 2billion in point liabilities. However, once AC takes over, they can devalue the points to whatever they want...OVER NIGHT. So, I look at this as a 50 million surplus deal for AC.

Of course American bloggers still see Aeroplan as an airline mileage/redemption program whereas in Canada it has been repositioned as a shopper loyalty program competing with the Air Miles shopping loyalty program. This is one of the reasons AC decided to decouple and start up its own FF program, preceded by establishing the Altitude elite identity program. Aeroplan sells more miles to its credit card partners and retail merchants than it does to AC and STAR partners, though redemptions are pretty much airline seats. Without a major gas and grocery partner, Aeroplan has been crippled in its competition with the larger and more blue collar oriented Air Miles so it’s unlikely AIMIA could sustain a rollover to a new, pure shopping loyalty program should it sell Aeroplan to AC (and it seems Frequenta to AeroMexico). Management had attempted to position Aeroplan/Tangerine as a program for the upper income white collar world but with questionable results. If it weren’t for the Amex Rewards conversion Aeroplan would mean nothing to most Americans. 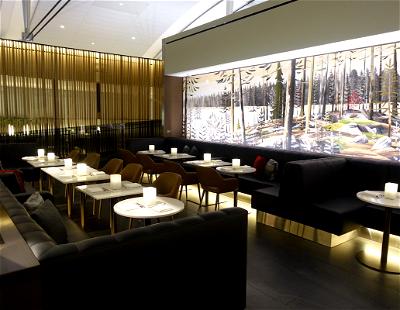