There are two perspectives on this deal

The way I see it, there are two ways you can view this deal.

One perspective is that this is sleazy and bad for consumers. The argument is that shares in Aeroplan’s parent company have nosedived, so Air Canada was just trying to drive down the share prices all along, knowing full well that they’d eventually acquire Aeroplan and maintain it as their loyalty program. Along similar lines, this is terrible for consumers, because Air Canada is trying to eliminate a major loyalty program that could eventually compete with them, and that has a membership base of about five million people.

What I’ve learned about this offer

Aeroplan and Air Canada couldn’t come to an agreement. That’s fair enough. Reality hit Aeroplan (and their parent company, Aimia) pretty hard after the termination of the contract was announced. 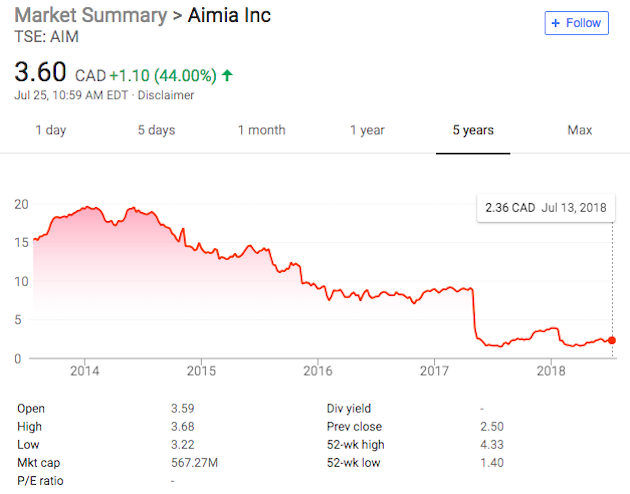 The way Air Canada views it, taking over Aeroplan would create assurance for customers and remove any doubts they may have about their miles. Miles would covert at 1:1 ratio, so there would be no funny business.

No matter what, Air Canada intends to launch their own loyalty program, and they’ve already purchased a lot of new systems that will be required for a new program. They’re not looking to maintain Aeroplan, because they can do so much more with their program in-house. Instead they view a takeover of Aeroplan as providing more stability, giving them access to intellectual property, and making the transition more seamless.

I think the next logical question is regarding how Air Canada basically dominates the Canadian market, and they don’t have a true global competitor. Why would they bother even having a decent loyalty program, if they’re not even having to compete head-on with anyone on a global scale?

This comes down to a few points:

My take is based on two points:

Let me explain that in a bit more detail.

Air Canada has historically faced so many challenges by having an outsourced loyalty program. They’re limited in terms of the information they can share between companies, the experience isn’t seamless, there are challenges associated with redeeming miles, etc. There’s no doubt in my mind that all else being equal, an in-house program is better than an outsourced one.

Regarding the second point, Aeroplan has made a lot of promises about what their program will look like from 2020 onwards, though personally I don’t think they’d be a true competitor to Air Canada’s loyalty program. Creating a loyalty program without being associated with a specific airline is really tough, so while I think the program would continue to exist independently, I question whether they’d be a true competitor to Air Canada. I doubt it.

With that in mind, I actually think this news might be good for consumers. Canadians have a lot of Aeroplan miles, and having those continue to be valid with Air Canada would be good news.

I’d definitely feel differently about this if I thought that Aeroplan had a bright future as an independent operation, and that they’d keep Air Canada in check. But personally I don’t think they stand much of a chance independently. So in terms of honoring miles and creating a seamless experience for customers, I don’t view this as being bad for consumers.

Like I said, I’d have a different perspective if I didn’t think that Air Canada definitely wanted to bring their program in-house, and/or if I thought Aeroplan had a bright future independently.

I have a bunch of Aeroplan miles and I'm nervous!

Aimia also owns Air Miles - a program without an airline. BofM are major partners and the program has been in existence about the same length of time as Aeroplan. I do not know how successful it is but I have been a collector since inception and there are some good rewards that I take advantage of. But, significantly, not flight redemptions which were wonderful in inception but worthless today. I keep hoping that there is some future for Aeroplan perhaps taking over the West Jet program which is a total waste of air. Consider the track record of Air Canada over the years and you have to know that they will definitely trash air travel rewards in Canada. Remember: - Air Canada trashed Wardair's charter flights from western Canada to Barbados by lowballing the fares until Wardair had to withdraw then immediately switching all the flights to their regular scheduled horrid planes for the rest of the season (Air Canada was owned mostly by the Canadian Government and headquartered in Montreal so was out to kill western competition - only the government subsidy could support even one season of 50% airfares). - Air Canada then killed Wardair when it tried to become a scheduled national airline with international charter operations. Again by unfairly lowballing flights in competition to selected Wardair flights. - After Canadian Airlines International absorbed the failing Wardair and tried to continue Air Canada and the Canadian Government again unfairly allocated all the profitable international routes to Air Canada and all the losers to Canadian. Canadian had to fly multi daily flights to Japan China and the rest of Asia during the recession in Asia while Air Canada was given London and Western Europe where the profits were huge. - When Canadian Airlines was in severe financial stress American Airlines offered to help bail them out by increasing the stake to 30% or more (can't remember the details) but the Canadian (Quebec dominated) Government refused to allow the funding. As a result Candian became the better part of Air Canada. - Not surprisingly when the economic downturn put Air Canada in jeopardy the investment rules were rewritten and highly increased foreign investment was now allowed saving Air Canada. I think this was about the time that Aeroplan was spun off to raise cash. So nothing in Canada is done in a vacuum. Air Canada is still based in Quebec and if there are any benefits to the upcoming in-house loyalty program you can be sure that they will be very limited and specific to focused markets (like all their route pricings are today).

@john: Canada is much less litigious than USA. The likelihood of a successful legal action over loyalty program Terms is nil. We are firmly clamped on the hind teat, here. We daren't look up