That didn’t take long. This is an update to yesterday’s post to note that the Waldorf Astoria Maldives is once again accepting points bookings for their standard rooms, which are their beach villas with pools (thanks to Jamal06 for the heads up). All is good in the world again. 😉

Remember that you can still buy Hilton Honors points with a 100% bonus through February 26, 2019, which could be an excellent value for the purposes of redeeming here.

The much anticipated Waldorf Astoria Maldives will be opening as of July 1, 2019, and looks like it will be the best Hilton property in the world, and possibly even one of the best properties in the Maldives.

The hotel started accepting reservations at the beginning of the month, though they didn’t initially offer standard award nights. I don’t think anything shady was going on there, but rather it took them time to load it, especially since Hilton Honors was creating a new points level for this hotel.

Personally I think that’s fair enough, given that the Waldorf Astoria Maldives is in a different league than anything else that Hilton offers.

Anyway, I know many of us (dozens? hundreds?) booked the Waldorf Astoria on points. So I imagine the hotel is quite pleased with the number of bookings they’ve received within weeks of accepting reservations, though I’m guessing they haven’t quite met their revenue targets.

A couple of days ago the Waldorf Astoria Maldives pulled all Hilton Honors standard room reward availability. The hotel continues to show standard rooms for sale when paying cash, but they’re not available on points.

Note that this isn’t just an IT glitch, because when you call Hilton Honors they’re not able to book it either, though they are confused.

The theory is that the hotel is really unhappy with the number of points bookings they’ve received, as apparently virtually everyone booking has been redeeming points.

But seriously, I would think that’s to be expected? Is anyone really going to pay $2,000+ per night to book a brand new hotel that we only have renderings of so far?

In addition to the lack of real pictures of the hotel, often there are opening pains at hotels — it takes a while for the service flow to work, landscaping has to grow in, etc.

What could be going on?

This is all speculation on my part, but my guess is that the sales manager wasn’t expecting this, and in a panic pulled the inventory.

The thing is, Hilton Honors terms & conditions require that hotels offer all standard rooms as free night awards with no blackout dates. So a hotel can’t sell what they designate as a base room for cash but not for points.

So I suspect the hotel is trying to figure out how they can reduce the number of award bookings they have, or decrease the losses from this. The way I see it, they could be:

If anyone from the hotel is reading this, I think it’s worth emphasizing that they won’t be losing money on these stays. I expect optimistically the hotel would expect under 50% occupancy the first year, meaning those staying on points in a vast majority of cases wouldn’t be displacing revenue guests.

And the thing about the Maldives is that you’re captive on the island, and everything is really, really expensive. Those redeeming points are still going to be paying the outrageous transfer cost, upgrade costs, for food and drinks, activities, spa services, etc.

For the time being the Waldorf Astoria Maldives isn’t accepting any points reservations. I suspect the sales manager just ran all the numbers and said “oh crap,” realizing they may have hundreds of bookings, but probably very few of them are cash bookings.

So in panic I would speculate that points inventory was pulled, and that they’re trying to figure out the best course of action. My hope is that they go back to offering excellent availability, though I wouldn’t be surprised to see them create a new sub-category of “standard” rooms for the purposes of redeeming points.

I’ve reached out to Hilton Honors, and will report back on what I hear.

I did the same while at Conrad Maldives. Loaded up on brekkie and enjoyed my drinks at the happy hour and tea time. Stayed for 6 nights and only ate at the undersea restaurant which was a joke! Everyone I met who had taken part in any activities or ate at restaurants said the food was average, overpriced and the activities not so great. So why bother... I went there with my wife to relax. I earned points from staying a shite load of nights at properties around the world. We brought enough snacks to keep us satisfied. No regrets... And yes I earn a damn good salary and respect money.. would never pay $250 for a $30 meal. Peace out!

@Debit ah I see what you're saying now. I wasn't implying you were an idiot!! Just didn't understand. Sorry. I kinda agree with you - a lot of people wouldn't be able to afford paying points at the WA Maldives if they didn't do mattress runs at some Hilton Garden Inn. From what Lucky has said about how the hotels are compensated it looks to me like they are covered enough that they still make a very small profit on a points redemption (just above room cost when the hotel is not at capacity), but not even close to how much a cash redemption could have been. In my opinion I think it all averages out. Yes they'll have some miserly folks who pay points in the off period and load up at the free breakfast and don't pay for anything else, but they'll also have people who pay points and use the cash they would have saved for food and experiences. And then the people who redeem points during the busy period will most likely get the hotel compensated at cash-rate levels because the hotel is nearing capacity so it's no difference to the hotel. Lastly - these high-point cost hotels typically have a low count of rooms, so the threshold for nearing capacity is lower, so they are more likely to be compensated at cash levels. But I do see your point.

I checked again this morning and points 120k bookings are available again. Crisis on hold for now. 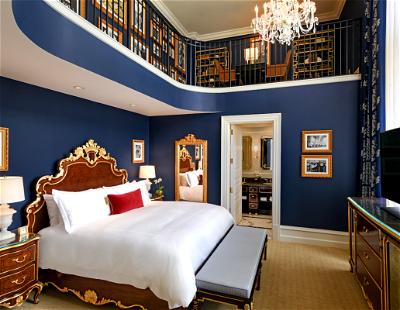 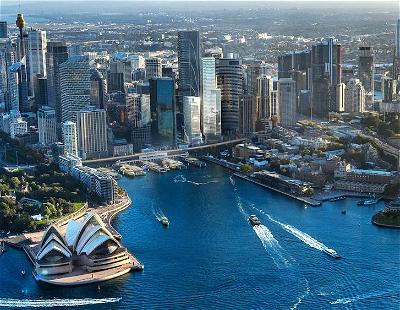 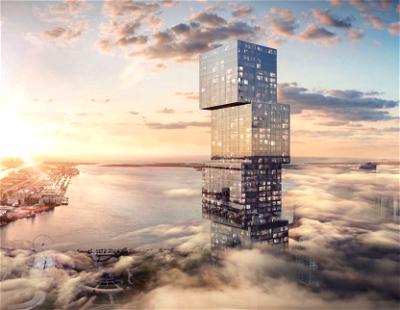