United took great strides yesterday towards wrapping up the unfortunate incident that occurred when Dr. Dao was forcibly separated from his seat and dragged off his Chicago to Louisville flight.

First, they announced ten policy changes that are designed to insure this type of thing never happens again. Then they reached an undisclosed settlement with Dr. Dao, allowing them to avoid dragging the case out in court. And finally they sent another email to customers in which they again apologize for what happened, acknowledge some shortcomings that led to the situation, and promise to do better. 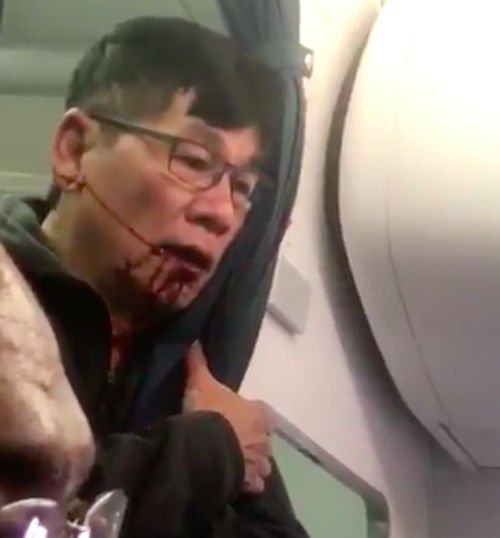 Here is the letter from Oscar Munuz in its entirety:

Each flight you take with us represents an important promise we make to you, our customer. It’s not simply that we make sure you reach your destination safely and on time, but also that you will be treated with the highest level of service and the deepest sense of dignity and respect.

Earlier this month, we broke that trust when a passenger was forcibly removed from one of our planes. We can never say we are sorry enough for what occurred, but we also know meaningful actions will speak louder than words.

For the past several weeks, we have been urgently working to answer two questions: How did this happen, and how can we do our best to ensure this never happens again?

It happened because our corporate policies were placed ahead of our shared values. Our procedures got in the way of our employees doing what they know is right.

Fixing that problem starts now with changing how we fly, serve and respect our customers. This is a turning point for all of us here at United – and as CEO, it’s my responsibility to make sure that we learn from this experience and redouble our efforts to put our customers at the center of everything we do.

That’s why we announced that we will no longer ask law enforcement to remove customers from a flight and customers will not be required to give up their seat once on board – except in matters of safety or security.

We also know that despite our best efforts, when things don’t go the way they should, we need to be there for you to make things right. There are several new ways we’re going to do just that.

We will increase incentives for voluntary rebooking up to $10,000 and will be eliminating the red tape on permanently lost bags with a new “no-questions-asked” $1,500 reimbursement policy. We will also be rolling out a new app for our employees that will enable them to provide on-the-spot goodwill gestures in the form of miles, travel credit and other amenities when your experience with us misses the mark. You can learn more about these commitments and many other changes at hub.united.com.

While these actions are important, I have found myself reflecting more broadly on the role we play and the responsibilities we have to you and the communities we serve.

I believe we must go further in redefining what United’s corporate citizenship looks like in our society. If our chief good as a company is only getting you to and from your destination, that would show a lack of moral imagination on our part. You can and ought to expect more from us, and we intend to live up to those higher expectations in the way we embody social responsibility and civic leadership everywhere we operate. I hope you will see that pledge express itself in our actions going forward, of which these initial, though important, changes are merely a first step.

Our goal should be nothing less than to make you truly proud to say, “I fly United.”

Ultimately, the measure of our success is your satisfaction and the past several weeks have moved us to go further than ever before in elevating your experience with us. I know our 87,000 employees have taken this message to heart, and they are as energized as ever to fulfill our promise to serve you better with each flight and earn the trust you’ve given us.

We are working harder than ever for the privilege to serve you and I know we will be stronger, better and the customer-focused airline you expect and deserve.

I think the overall tone of the letter is appropriate and continues to help make the point that management understands the problem. In fact, I think Munoz really hits the nail on the head by acknowledging that United’s corporate policies got in the way of letting their employees do the right thing.

He also makes the somewhat obvious, yes still important, statement that he wants us to proudly say “I Fly United.” Because to be honest, it hasn’t been much fun to tell people that that I’m a Premier 1K lately. So it’s good that Munoz seems to get that and knows that they need to do better.

The part that seemed a little out of left field was including the change in compensation for permanently lost bags. I mean, that’s nice and all, but I’m struggling to see what it has to do with this. It was included as the last policy change, almost as though they tossed it in because ten changes sounded better than nine. So in some ways, it seems like dragging lost bags into this took him off message and distracted from the primary issue. Then again, I’m sure it will resonate with some folks.

I’m impressed with the speed at which United was able to wrap up this situation. After making a mess of the initial response, they’ve mostly been saying all the right things since, even if we might doubt the sincerity of those statements. Interestingly, the subject of the latest email is “Actions Speak Louder Than Words.” Well, they’ve finally taken action in terms of fixing the policies, but now it comes down to execution. And that is really all that matters.

What do you make of the the latest email from United?

to a TechLady couldn't agree more inanition, the basic economy fair and terrible seats that are created to torture us and to harm us are not customer friendly at all. Until these are resolved, I am flying jet blue/ Virgin America or anyone else if I can help it. I don't understand how Munoz is better then the guy before- he is the one who implemented the basic economy fair.

Nope. No apology is acceptable. The level of this altercation is inexcusable and I have vowed not to fly United again. When employees "draw blood" from a paying passenger for whatever reason, it's a deal breaker for me. Going forth I will not approve any employee in my organization to fly United anywhere.

I enjoy to fly with United Airlines they have a great service and nice persons with my best regards.