Update: United Airlines plans to resume JFK flights as of 2021; as of February 2021 the airline will fly to LAX and SFO, though this service has now been delayed by several weeks.

United has just announced a radical change to their p.s. transcontinental service, which is their premium product between New York’s JFK Airport and Los Angeles/San Francisco. 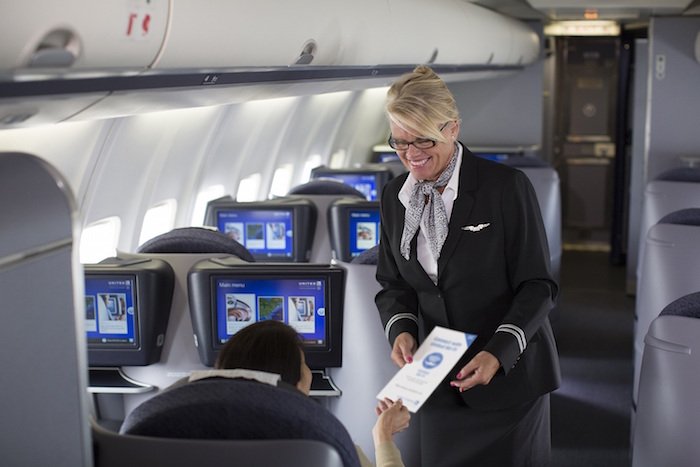 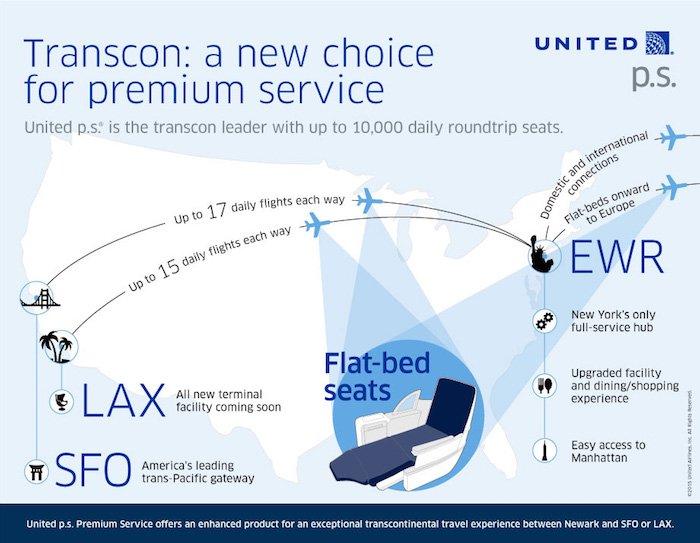 This move makes a lot of sense, as radical as pulling out of JFK Airport is. By making this move:

United really had no reason left to operate the p.s. flights out of JFK, perhaps other than that JFK is considered “New York’s airport,” while many associate Newark with not being as convenient.

Given that United has very little connecting traffic at JFK which couldn’t be served elsewhere, this seems like it’s ultimately more convenient for passengers. If you’re leaving from Manhattan using public transportation, traveling to Newark Airport isn’t significantly more unpleasant than getting to Kennedy Airport.

And if you’re taking Uber, then the flat rates are similar to Kennedy and Newark.

I suspect this has partly been caused by transcon fares out of Kennedy being driven down substantially, due to JetBlue’s introduction of Mint Class, which has put pressure on the legacies. Meanwhile out of Newark, United has a fortress hub, so I wouldn’t be surprised to see them raise transcon fares.

What’s also interesting here is what will happen to United’s presence at Terminal 7 at Kennedy Airport, which is primarily occupied by British Airways and United. Per the press release:

With its launch of p.s. services at Newark Liberty, United will cease operations at Kennedy International Airport on Oct. 25. United has entered into two separate transactions:  Delta Air Lines plans to acquire United’s JFK slots, and United plans to acquire slots from Delta in Newark. Each transaction is subject to regulatory approval.

So Delta will pick up United’s slots at JFK, though I’ll be curious to see what happens with the gates. I could potentially see Terminal 7 being transformed into a full on oneworld terminal, given the limited gate space American has at Terminal 8. British Airways, Cathay Pacific, Iberia, Qantas, etc., already operate their flights out of there, so maybe we’ll see even more oneworld carriers over there, including Qatar Airways (given their gate dispute with American at Terminal 8).

This is an extremely logical move on the part of United. They seemed to operate the p.s. routes from JFK out of legacy, though given their situation, operating them out of Newark makes a lot more sense. And I wouldn’t be surprised to see transcon fares on them increase substantially as well, which is probably another motivation for the move.

What do you make of United switching p.s. flights from Kennedy to Newark?

Terrible idea, another example of the Continental people ruining United...Newark is an awful airport and highly inconvenient to anyone who travels for business and does not live in NJ. I'm a 1K and its a really, really bad idea.

Sitting in the UA lounge as we speak for probably my last cross country flight on United. As someone who lives in NY and LA, and grew up in NJ, I know far too well that Newark Airport to Manhattan (and vice versa) is a nightmare. I'd consider it only if they dropped the Business Class fare substantially to incentivize me to navigate to Newark via NJ Transit, to Penn Station, etc. This seems like a classic bamboozle between the Port Authority of NY & NJ and United management...all of whom have now been fired or resigned once this plan became public.

United will be doing a reconfiguration of the domestic (Hawaii) 777-200s with lie-flat business, which will be supplementing the P.S. routes, so ultimately it may not be a drop in seat, as some mentioned.