It’s quite interesting to see how United has modified their basic economy concept since introducing it early last year. United first introduced basic economy on select flights last February, and then extended it to almost all domestic flights last May.

United (in particular president Scott Kirby) was quite smug about the introduction of basic economy. Kirby thought for sure it would be successful if implemented across their network, and expected that better segmenting the marketing would generate a billion dollars in incremental revenue annually. When they presented the numbers, they did so based on the percentage of passengers they thought would opt for basic economy, and didn’t account for the customers they’d lose because of the introduction of basic economy.

The fact that an airline thinks they can introduce this without losing a significant percentage of their passengers shows how the US airline industry is desperately in need of more competition, because they basically feel like they have captive customers. The good news is that basic economy hasn’t worked out the way United had hoped, and they’ve backtracked on it quite a bit. Originally almost all domestic fares (even expensive last minute tickets) had basic economy, while now they’ve eliminated basic economy from many of their more expensive domestic fares.

Well, United has now decided that they want to segment their passenger base even further. One of the main restrictions on basic economy tickets has been that you can’t select a seat assignment in advance. As of February 1, 2018, United is letting basic economy passengers pay to assign their seats up until 24 hours before departure (at that point seat assignments become free). 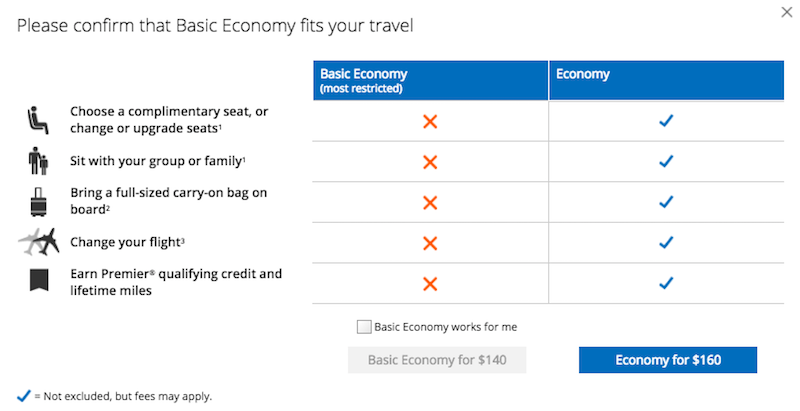 The next page shows “advance seat assignments may be available for purchase during booking and up until check-in opens.”

So, how much is United charging for seat assignments on basic economy fares? It will vary by flight, but for a Tampa to Chicago flight for later in the year, they’re charging $5 to assign a middle seat, $10 to assign a window seat, and $15 to assign an aisle seat. 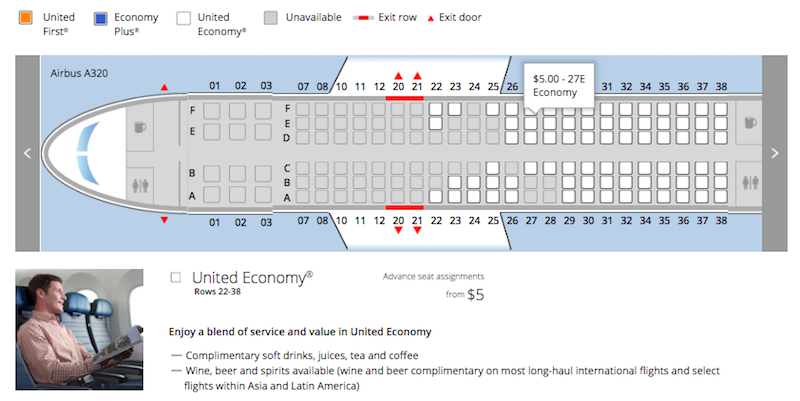 For what it’s worth, the fare difference between economy and basic economy is only about $20 one-way

I guess there are two ways to view this change on United’s part:

What do you make of United now selling seat assignments on basic economy fares?

It's terrible. Have to pay extra for seats just to sit next to my family. I have flying anxiety and they choose to seperate people. Smh! Paying for a checked bag, no carry-on, it's sad.

Just flew to kona. Three legs of our journey from Toronto. Stupidly paid to have aisle seats beside each other. Got to the check in...no record of us having paid, even though it had a receipt on my phone to provide proof. We lost our economy plus seats, but got to sit together. I spoke to the gentleman who was sitting in the seat I selected and paid for....guess what...he had paid for same seat! Is that not THEFT AND DECEIT? The customer service people were well versed in platitudes and passing the buck WORST AIRLINE EVER. CREW MEMBER TOLD BE STOP WHINING AND SUCK IT UP WHAT.......????

United Airlines practices kangaroo seating of late. Should you buy two seats at the same time (Economy or Basic Economy - makes no difference), they will separate you as a matter of principle. I was on a four-seats-abreast plane with a family member - we were assigned 'A' and 'C', while another couple was assigned 'B' and 'D'. Funny the length an airline will go to try to spite you! Of course, we traded. Of course, when traveling with a bratty kid, it can be better to count on sitting in a different part of the plane from him. Let him be someone else's problem for a few hours while you nap.