A couple weeks ago, Uber rolled out their new Express POOL in a variety of cities, including Washington, DC. Basically the idea is that by walking a couple blocks to meet your Uber, they can route the vehicles along a straighter path, which makes for more efficient (and less expensive) ridesharing.

A few days ago I decided to give Express POOL a try to go from my office to my home (a distance of about 2 miles). It was a couple bucks cheaper than regular POOL.

Before you hail a ride, the app shows you how far you might have to walk (the area highlighted in blue).

Then you wait a short time (up to 2 minutes) while it tries to pair you with other people going along the same general path.

Turns out, Uber said I didn’t have to walk at all – the driver would pick me up right outside my office. To me, this made no sense. If the app had asked me to walk across the street and my co-passenger to walk a block, it could have saved a left turn and a U-turn on a busy street.

I requested my ride at 5:44 pm. It estimated I would wait 8 minutes. I ended up waiting about double that.

And I will say the driver was great. He was friendly, communicative, competent, and safe. So I can’t attribute any of the faults of this ride to him. 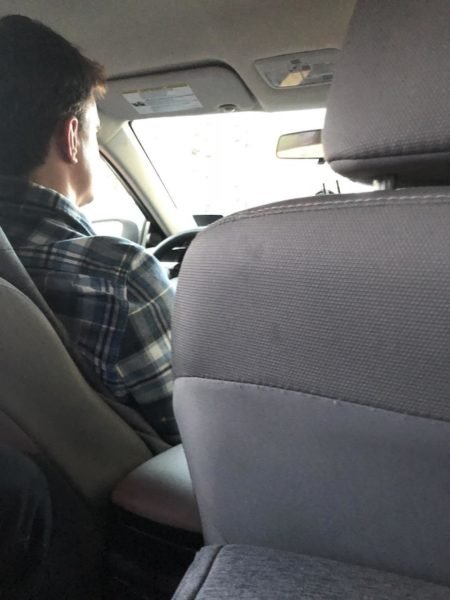 The ride took way longer than any other rideshare trip I’ve ever taken between home and work, because of how many turns we made along the way to pick up and drop off people slightly off the direct route.

This is puzzling – if Uber Express POOL worked the way it said it would, the ride would have taken about 10 to 15 minutes less. I think it’s a good idea, but they have some real kinks to work out.

For me, the much better alternative is Via. Granted, it’s only available in DC, Chicago, and New York right now. Pricing is decent (I pay $3.75 to go between home and work, and there doesn’t seem to be surge pricing). It does sometimes make you walk a block or so for pick-up or drop off, but the routes are actually logical and I’ve never had it make a significant detour for other passengers.

My favorite thing about Via is that it (accurately) tells you how long the wait is for your car before you book it – and it often gives you two options. So in the morning, when I’m still getting ready, I request a Via and it’ll often give me an option for a car that’s almost there, or one that’s 7 or 8 minutes away. I choose the latter so I can put my shoes on and head downstairs, and it works out great.

I might give Express POOL another try in a couple months in hopes that either my ride was an anomaly or that they can fix their routing issues by then. Until then, I’ll probably stick with Via.

Incidentally, if you download Via and enter my code, andrew8h9yda, we’ll both get $10 of Via credit — for which I’d be eternally grateful. Other Via users, feel free to enter your own referral codes in the comments!

Have you tried Uber Express POOL yet? How was your experience?

Hello- I drive for UBER/LYFT. After completing 5 Expresspool requests, I made a decision to reject/cancel all Expresspool rides. 1. It's dangerous! I'm always directed to meet customers at a busy street/highway with "No stopping at anytime" zone. And if the customer not at the pickup location, the app ask me to wait for 2 minutes, the the app asks me to cancel after the 2 minutes expire. Then when I start driving away, the app pairs me with the same customer and same pickup location again! Frustrating! 2. If customers have issues with each other, I get the low rating. Lol This feature is waste of time for customers and drivers

This is my first trying out the new Uber Pool. I understood that I'd have to walk to Uber's chosen pickup spot but the app didn't say I'd have to walk home from an arbitrary dropoff point. I protested because I expected to be dropped off at home, which was the address Uber had indicated. The driver complained about having to turn, made me get out, and then proceeded to turn anyway driving right past my building. This made me extremely irritated because the only reason I'd ordered Uber was because I was carting a big, heavy package home, which the driver was totally oblivious to!!

The problem is Uber mixes Express pool and regular pool together which dosent an effecient route unfortunately. I don’t think it’s reallt fair for walking people and defeats the purpose.the other day the algorithm got it totally wrong. And together with that a walking passenger did not want to walk thus this turned out to be a very long and frustrating experience. If everyone followed r]the rules of pool it can be very good but unfortunately not everyone does. 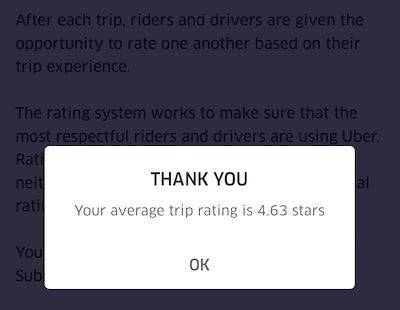