Last week I wrote about the bizarre experience I had on TAP Portugal, where there was no service on my flight from Lisbon to Milan. During boarding it was announced that “this flight is operating with reduced cabin crew and for that reason there will be no meal service on this flight.”

Sure enough, even in business class, there wasn’t really any service. Everyone on the plane was offered one cup of water, but that was it. When I asked for a refill, I was told each person could have only one. 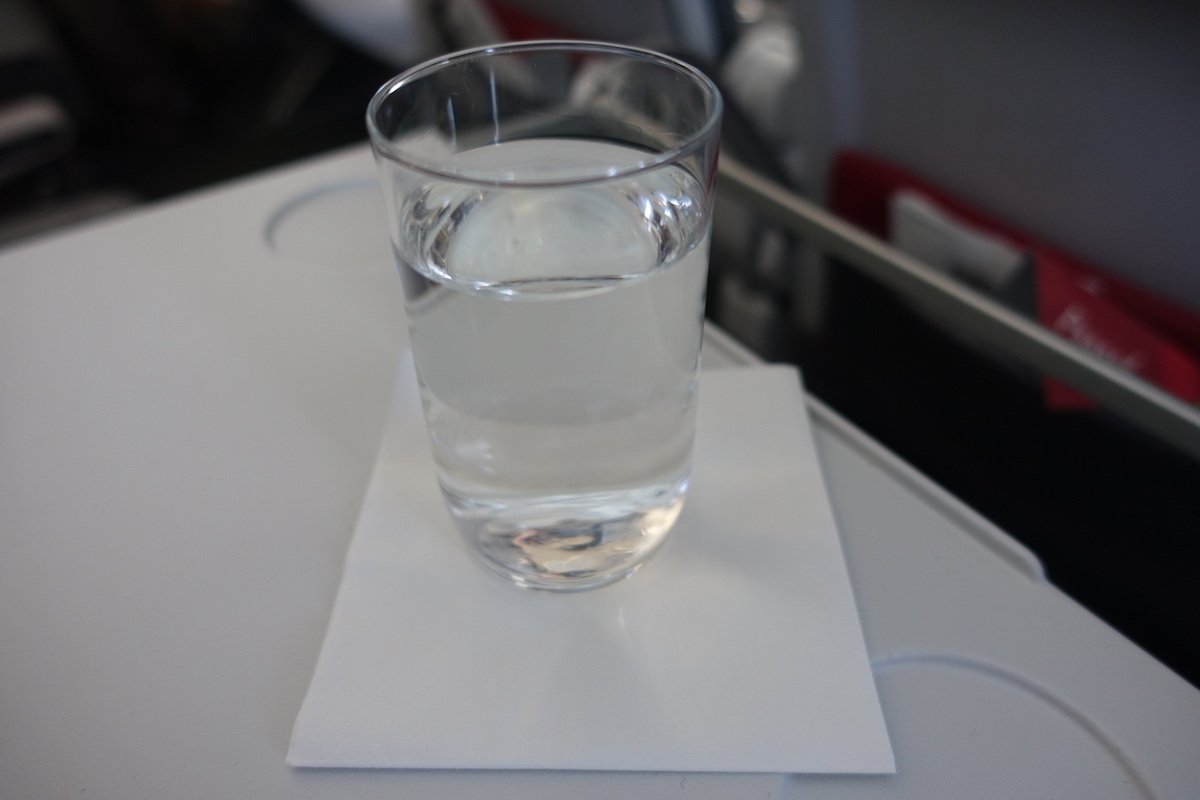 I’ve flown millions of miles and have experienced some pretty terrible service, but never anything quite like this, as this seemed to be a company sanctioned practice.

Since the time I wrote that post, I received dozens of comments, messages, emails, etc., from readers indicating that they had a similar experience. I also had several TAP Portugal flight attendants reach out to me to share why this happens, though they spoke on the condition of anonymity.

I even had the chance to speak to a senior executive at TAP Portugal, though unfortunately he wanted the conversation to be off the record. I have to respect that, so I won’t be sharing anything he said, but rather am basing this post on the information I was given by the flight attendants who had reached out to me to share why this is a reasonably common occurrence.

So how does this practice happen? According to the flight attendants I spoke with:

That’s the information that has been shared with me by employees, but it still leaves some unanswered questions:

I respect both sides here and don’t know enough about the inner workings of their contracts firsthand to really blame one party. However, one thing is for sure — this current situation puts everyone in an awkward position (including the crew), and they need to address this ASAP. I’ve flown millions of miles, and have never experienced anything like this before.

There is far worse than having just a glass of water: LOOSING ALL YOUR MONEY BECAUSE OF TRAVEL BAN, EVEN WHEN YOU HAVE TWO BUSINESS TOP EXECUTIVE TICKETS, FULLY FLEXIBLE AND FULLY REFUNDABLE!!! For the past ELEVEN WEEKS I have been trying to get my money back in vain. Since I heard about the TRAVEL BAN on March 12, I sent an Email asking TAP to simply change the dates of my FULLY FLEXIBLE AND FULLY REFUNDABLE TOP EXECUTIVE tickets but nobody ever bothered to answer my TEN messages sent in 4 weeks. Then, 5 weeks later, I received a USELES VOUCHER for the exact amount that I paid for my second TOP EXECUTIVE BUSINESS ticket, scheduled to fly from Paris to Lisbon April 20, then Lisbon to Miami April 25. Worthless because fares have outrageously increased! BUT AT THIS DAY, MAY 28, 2020, I AM STILL AWAITING THE SOLUTION for my first ticket, to fly from Miami to Lisbon April 7, then Lisbon to Paris April 10. NOTHING AT ALL, NOT EVEN A USELESS VOUCHER!!! ONLY ROBOT MESSAGES bla, bla, bla. I filed an OFFICIAL COMPLAINT with the US DEPARTMENT OF TRANSPORTATION (DOT) but I am still waiting to recover my money! HOW CAN YOU TRUST SUCH AN AIRLINE?

Wow! Is there an update on this? Has the management/union issue been resolved?? I do business in Lisbon and may be moving there, and I was very happy to see that they had a partnership with Jet Blue that allowed for a seamless transfer on the East Coast from Long Beach to Lisbon. Recently, I also read about the TAP pilot who was stone cold drunk at the airport in a bar about to fly a plane and was arrested I believe in Frankfurt. now hearing about the service issues, I hesitate to fly TAP at all. I might have to stick with British Airways from London or Iberia from Madrid. Portugal is coming along great as a country, but this reminds me of how for many years they were the poorest country in Western Europe. And I don’t think the people are “lazy.“ Just like people have said about the Greeks. I caution against the characterization of any group of people in any particular way. My sales rep in Portugal is a young man who seemed quite industrious actually, working long hours. Then again, he was rewarded for that. I also worked in a healthcare environment that had unionized employees, and I was over my career both in the union and in management. The issues are definitely complex and you see them differently depending on which side of the table you’re on. I would’ve loved to have a fired certain employees that because of the convoluted discipline process, is a lifetime in the making. Then again, when layoffs were happening and my job was in danger due to lack of seniority, I was really glad I had a union behind me negotiating and supporting me in that time period. I kept my job. The Union fight for me, they didn’t abandon mean or sacrifice me as a member of low seniority. In that instance, we all knew who the hatchet man was. And Europe has very strong consumer protection rules for air travel. I would definitely inquire about your rights in this situation and file a complaint with the regulating body for Airlines with the European Union. If they got involved and that things would change pretty quickly.

I flew TAP business class this morning from Lisbon to Brussel and the same thing occurred - except they did provide meal boxes for business class that were waiting on our seats when we boarded. They also did two rounds of water. But no coffee!! I was desperate after an overnight flight from the US, a short connection, and of course I had assumed I would at least get coffee on the European 7 am flight. I smelt the crew meals heating up, too.