We all have different preferences when it comes to what time of day we like to fly. Over the years I’ve become a morning person, so in general:

Those are my general preferences. Of course this is more of an issue in some markets than others, as there’s more traffic to account for in New York City than in Paro, for example.

However, I have one flight I just took (and that I’ve taken a couple of times in the past) that I simultaneously love and loathe.

American operates specially configured three cabin A321 aircraft between New York and Los Angeles/San Francisco. As an Executive Platinum member you receive complimentary upgrades on this route from economy to business class, though I’ve been finding that these upgrades are getting progressively tougher to clear. 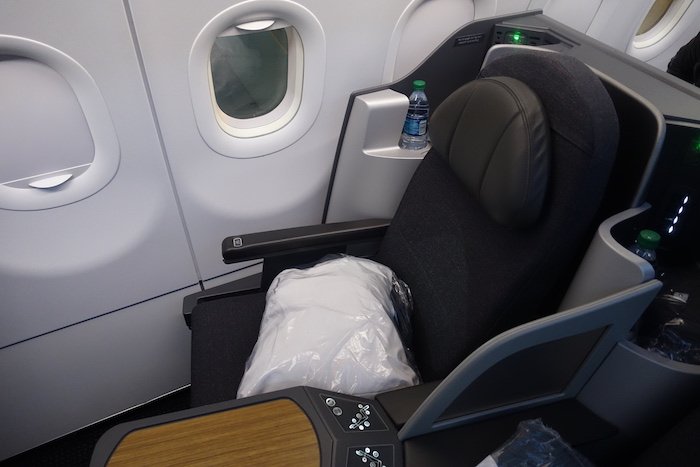 To me it’s worth doing everything I can to be in a premium cabin on a transcon flight that’s blocked at almost seven hours: 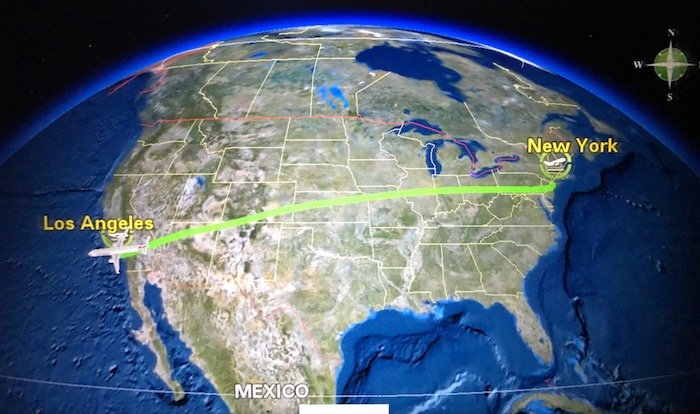 American’s one A321 flight that’s a (near) guaranteed upgrade

Of all the transcon A321 flights, I’ve found that there’s one that’s a near guaranteed upgrade. Specifically, the 10:30PM flight from New York to Los Angeles, that is scheduled to land after 2AM. It’s more or less a reverse redeye. 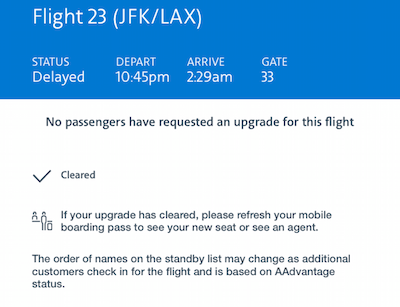 When I first saw this flight I said “no way in hell I’m taking that.” I usually go to bed by 8PM or so, and I prefer avoiding flights past my bedtime unless it’s a longhaul flight. But there are many things to love about this flight: 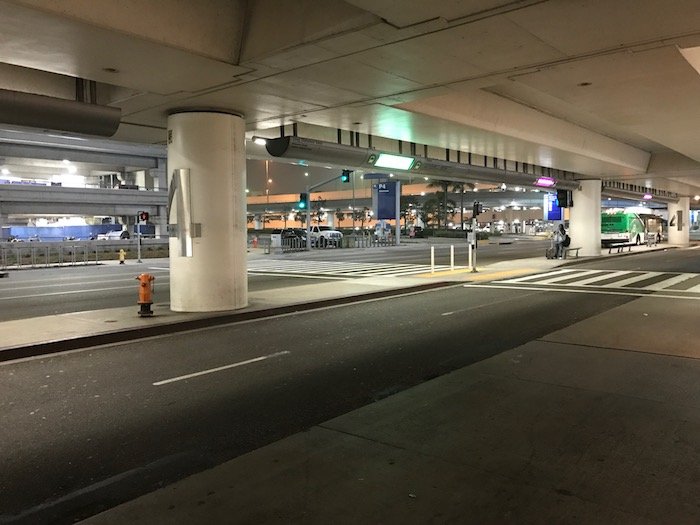 LAX is only this empty in the middle of the night

Perhaps it’s largely a reflection of how far out of my way I have to go to get value out of my status anymore. However, ultimately there’s value in a transcon upgrade (especially westbound, given the flight time), and as much as I’d rather fly earlier I find that it’s better to just not sweat the upgrade, sleep most of the time, and take what I consider to be a pretty efficient flight.

Am I crazy for loving the late night American A321 flight from New York to Los Angeles? How far out of your way will you go to secure an upgrade?

@Ben I'm 6'6" and standard economy seats are my mortal enemy. That said, I'll only fly transcon in an exit row (or better), which offers puh-lenty of legroom for me (the biggest factor for my flying decision). Since you likely can get an exit row on any flight you plan for (perhaps last minute flights where you have no choice, you take what you can get), why would you add so much extra time just to get up front for such a longer total journey time? No criticism - just curious what is it about a premium cabin that drives your preference to increase overall journey time? (for example, if you can only catch any sleep, or have enough room to work with the additional recline/width, that makes sense). As you say, westbound flights just drag on forever, but any connections would force either an earlier departure or later arrival, and add an extra 2-3 hours of total travel time.

I've booked this flight many times as a last resort since a lie-flat seat upgrade is usually my #1 priority on this route... However, I've maybe taken the flight once out of the dozen or so times I've booked it... What ends up happening is that C opens up on an earlier flight (typically the 7 or 8pm) and so I SDC to wherever C is available and then pay the $75 and 15,000 miles. For a few months late last year, AA had virtually eliminated C space in advance on JFKLAX but I understand that to have been due to an IT error now fixed, and now C is usually back to where it was. During the time of no advanced C upgrades, I would find flights that were J7 and that fit my schedule, and I would hope for the best (and I always lucked out in those cases with a complimentary upgrade.) If nothing was available with a bed, I would connect and fly into SNA instead.

I've found American is much more crowded for upgrades than say united. However, with both airlines taking a pre-6am flight or post 10pm flight increases my chances of an upgrade exponentially! Also, Id rather fly 7 hours with an upgrade, even with one leg, than 5 hours in economy... maybe that's just me.