File this under “things that happen when borders are closed, but that most people who don’t live on a remote island in the middle of the ocean don’t think about.”

Saint Helena is once again more or less cut off from the outside world.

An airport had been under construction for several years, though construction was delayed significantly. The airport ended up getting commercial service in October 2017, about 18 months late and with a smaller plane than expected due to wind shear issues at the airport.

Up until now, Airlink operated a once weekly Saturday flight between Johannesburg, South Africa, and Jamestown, Saint Helena, using an Embraer 190. The westbound flight had a fuel stop in Walvis Bay, Namibia, while the eastbound flight was nonstop back to Johannesburg.

Airlink has suspended all operations from March 26 through April 20, 2020, meaning that Saint Helena’s one line to the outside world is also suspended for at least several weeks.

Airlink’s decision to suspend flights comes as South Africa has closed borders to foreigners coming from high risk countries. The UK is considered one of those high risk countries, so I wonder if Saint Helena technically counts as the UK for those purposes.

Regardless, with the only airline offering service to the island suspending operations, they’re in pretty big trouble.

This has been confirmed by the Governor of Saint Helena, Tristan da Cunha, and Ascension Island. The Governor’s Office is looking at options to allow people to leave the island, and the Tourism Office is trying to compile a list of visitors looking to depart.

At this point Saint Helena is once again left without air service, as was the case altogether prior to a few years ago. Their only link was to South Africa, and with that flight suspended temporarily, there’s no easy way on or off the island.

I imagine they’re working on some sort of an evacuation flight at some point. The added challenge is the unique characteristics of the airport, which greatly limit the type of aircraft and routes that can be flown.

I was supposed to leave for there on the 4th of April, to be honest, thats the one place I would rather be stuck on right now. Hoping to get my holiday on there soon as all of this subsides.

The technical stop is westbound. When I flew there (on I think the third commercial flight), there was a stop in Windhoek, where we were not allowed to deplane (the Namibian authorities aren't allowing fifth freedom rights). The aircraft was stuffed to the gills with fuel. On the return flight, we flew straight to Johannesburg. If I had to be stuck somewhere in the world for an indeterminate period of time, I can't think of a more wonderful place than St. Helena. The people are some of the friendliest, kindest people I have ever met. There won't be worries over food or supplies - they mostly don't come by air, but via cargo ship. And what a wonderful excuse to work remotely. I visit almost nowhere in the world twice, but I would gladly visit St. Helena again.

@JMM - since the flight started Airlink has tried to get traffic rights for to pick up and drop off passengers on the Namibia stop. IIRC the first few flights did withut official permission and since have not won over Namibian authorities. I was on the second to last RMS sailing there (the last one that stopped at TDC) and flew out on that route. The wind helped enough that they skipped the technical stop and flew straight to JNB, which I understand happens from time to time.

113
What Does USA Vaccine Timeline Mean For Travel? 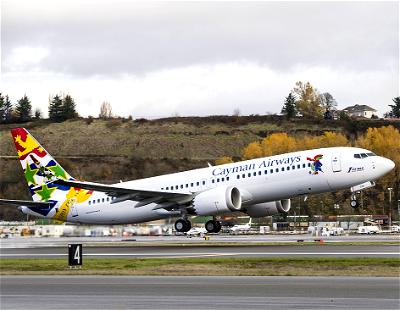