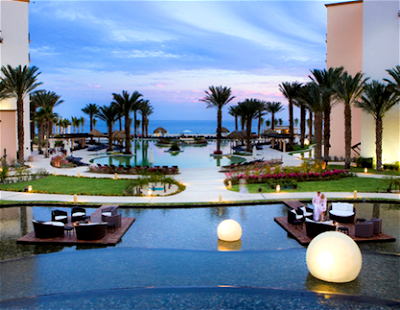 24
Introduction: A Week Of Rest And Relaxation In Cabo 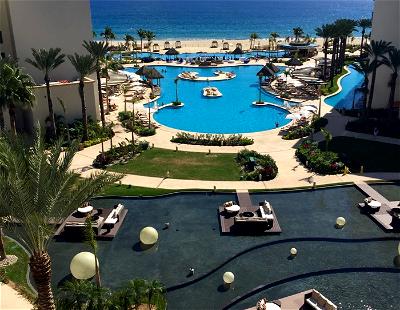 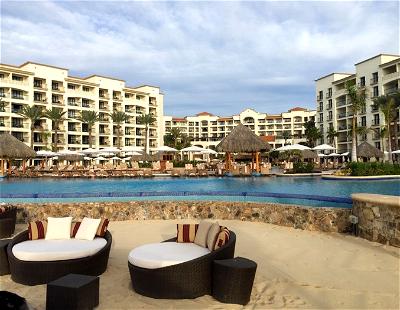 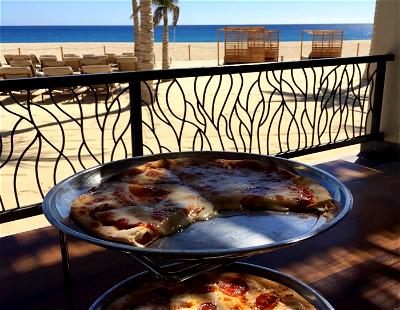 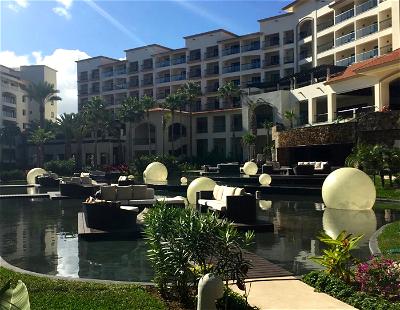 A Week Of Rest And Relaxation In Cabo
More from this series:

We arrived at the airport an hour and a half before departure. After checking in, dropping off our bags and clearing security, we had roughly 30 minutes until our flight was supposed to board.

The terminal was packed and there seemed to be quite bit of confusion in the gate area. About half of the flights leaving were reassigned to new gates and there was definitely a shortage of seating.

People also seemed quite excited to take a picture with one of the Duck Dynasty guys. Somehow we managed to survive without that selfie.

Thankfully, I have a Priority Pass membership thanks to one of my premium credit cards with lounge access (in this case, my Citi Prestige card) and it includes guests. So, we all had access to the VIP Lounge.

The lounge is at the far end of the terminal and there is good signage throughout the terminal to get you there. 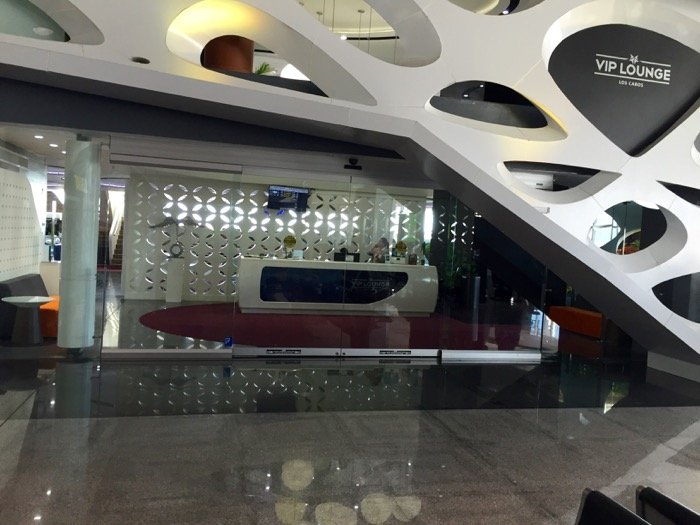 We were checked in immediately. And I must say Priority Pass’ new system of using their app for access is a welcome change since it means one less card in my wallet. 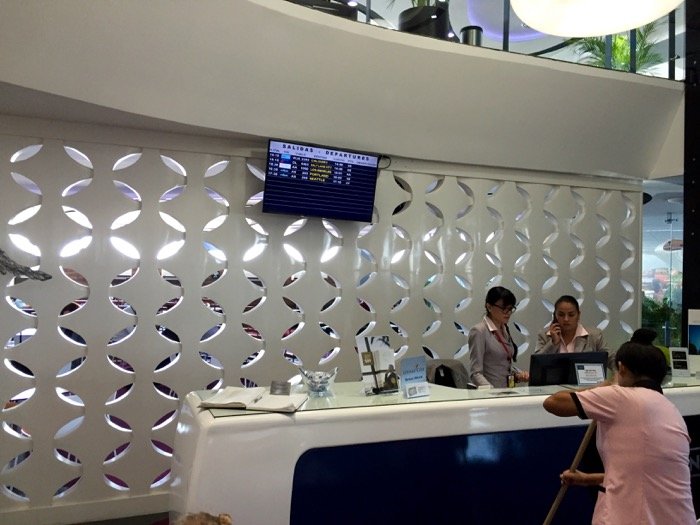 I was really surprised by how sharp the lounge looked. It’s much better than most domestic lounges in the US and is by far the best Priority Pass lounge I’ve been in. 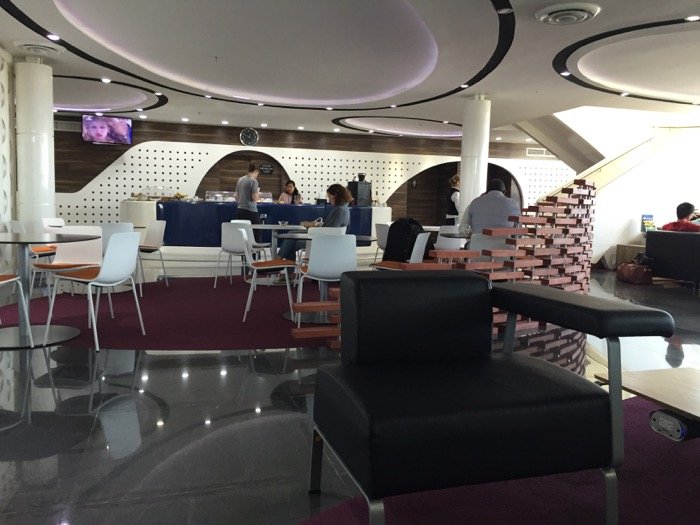 Then I realized we were only on the first level of the lounge and there was even more room upstairs. 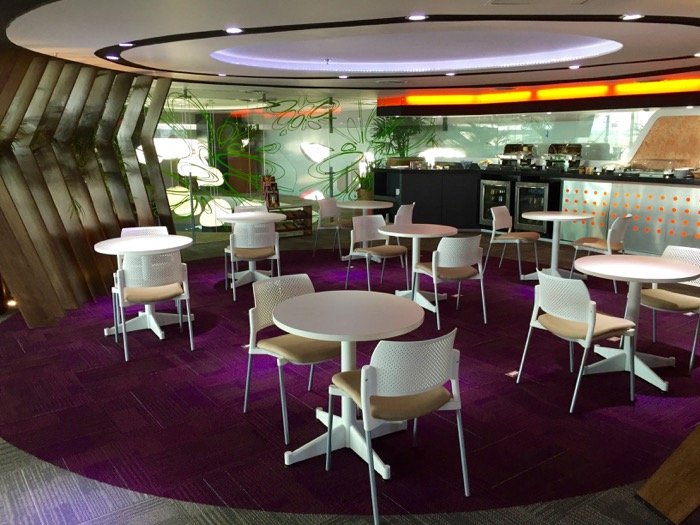 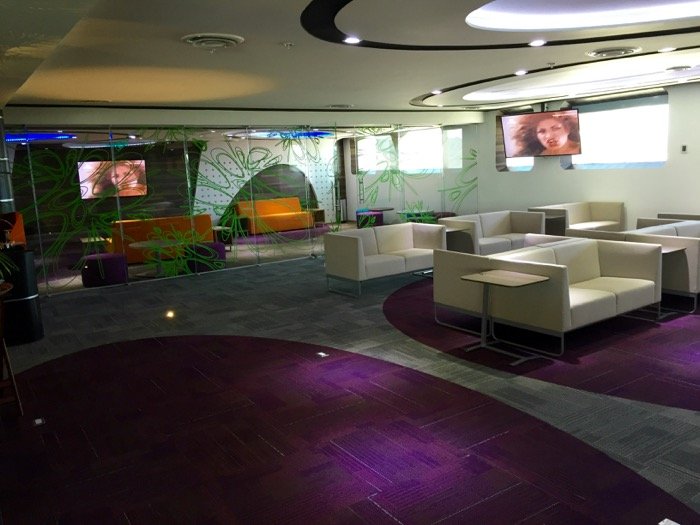 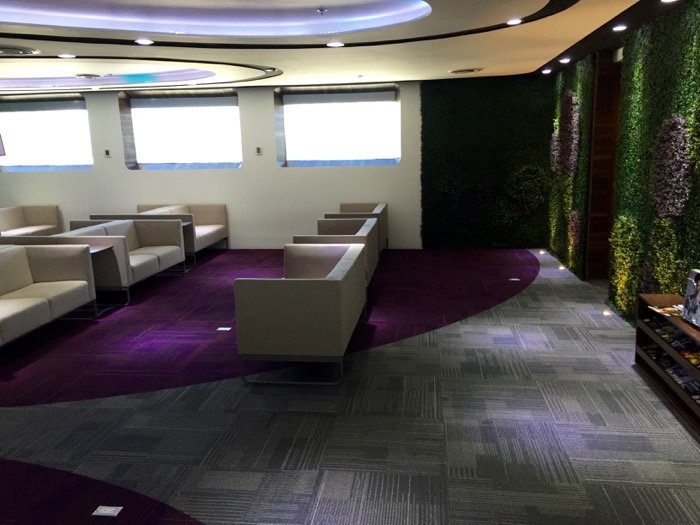 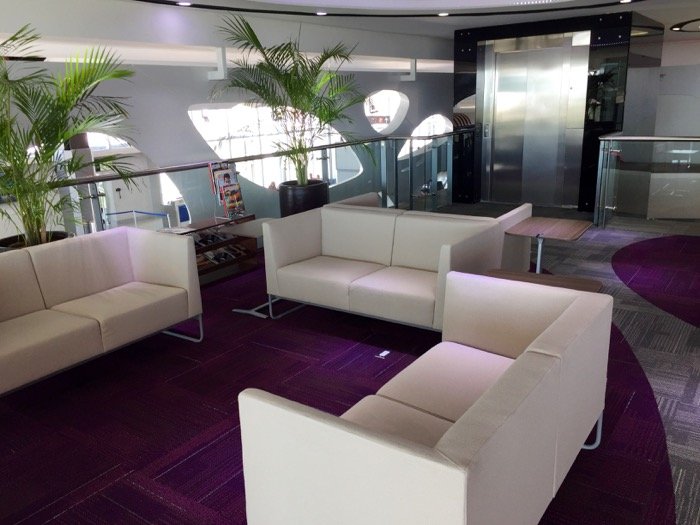 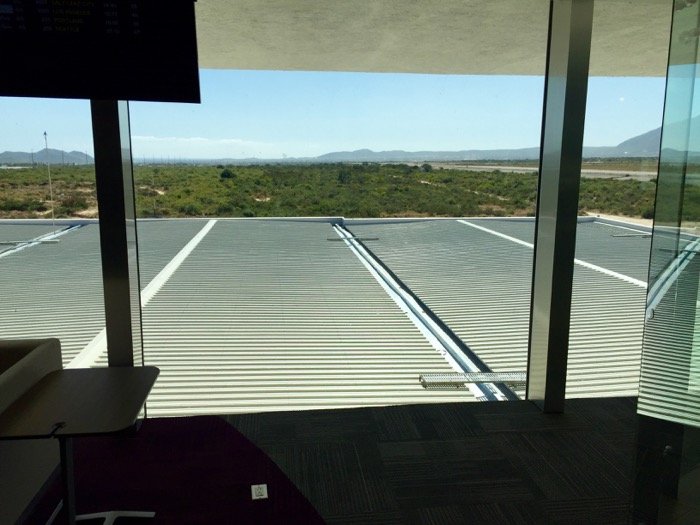 The buffet was the same on both levels. They had the typical lounge snack food (chips, fruit, etc) along with more substantial items like sandwiches and salads (that actually looked pretty decent). You’d place an order and then the servers would bring the food and drinks to you. 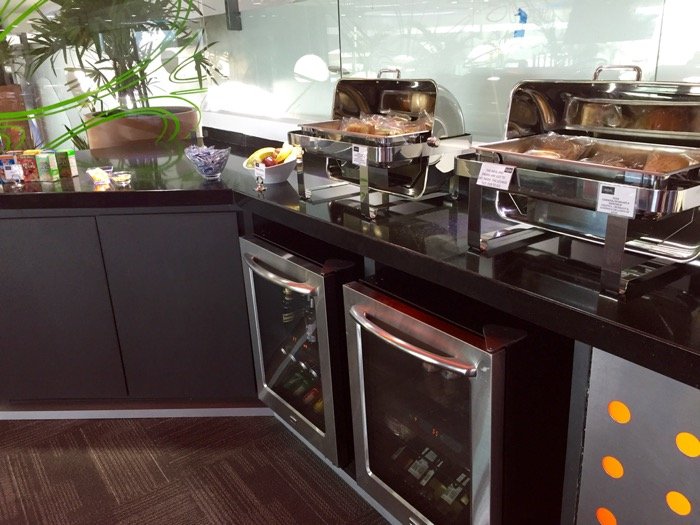 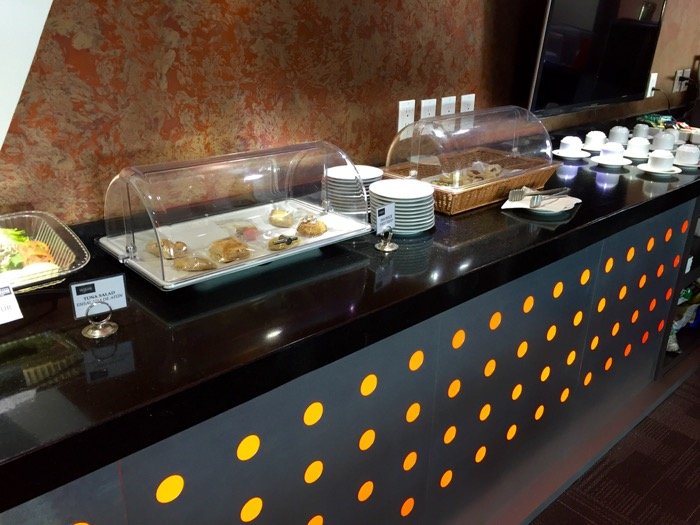 The server also brought over a couple of drink menus. We stuck to water and coke so I can’t comment on the quality of the wine or mixed drinks. 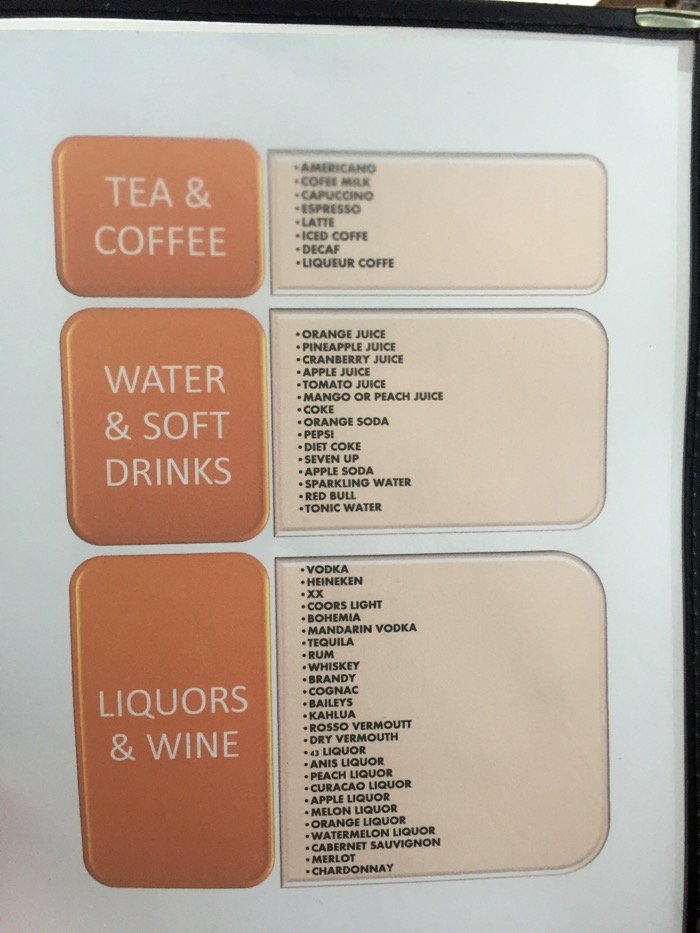 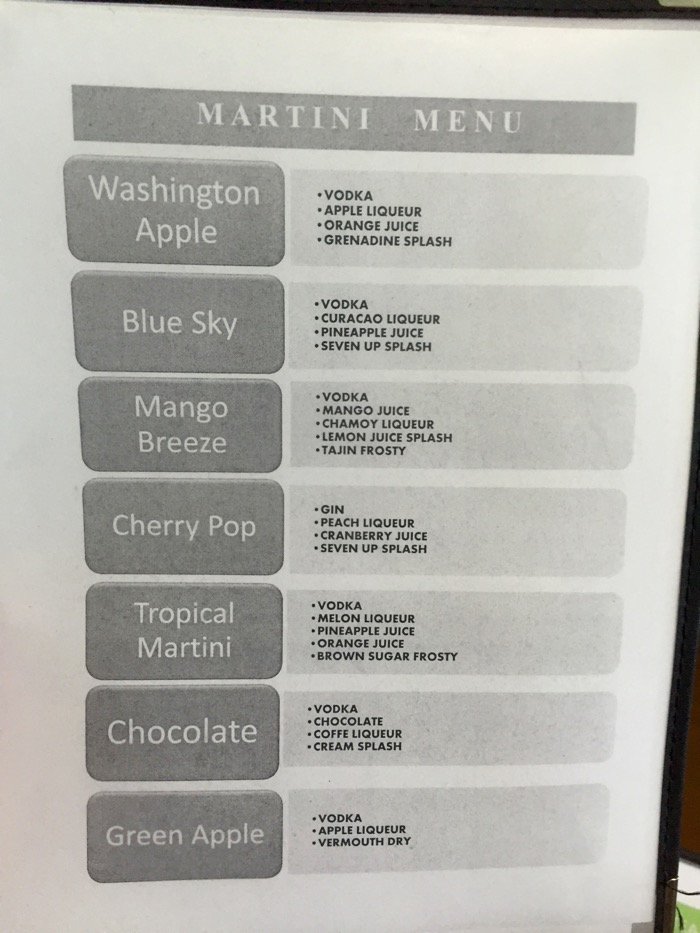 My girls split a tuna sandwich and a turkey sandwich. The fact I couldn’t get a picture before one of them took a bite should serve as proof they liked it. 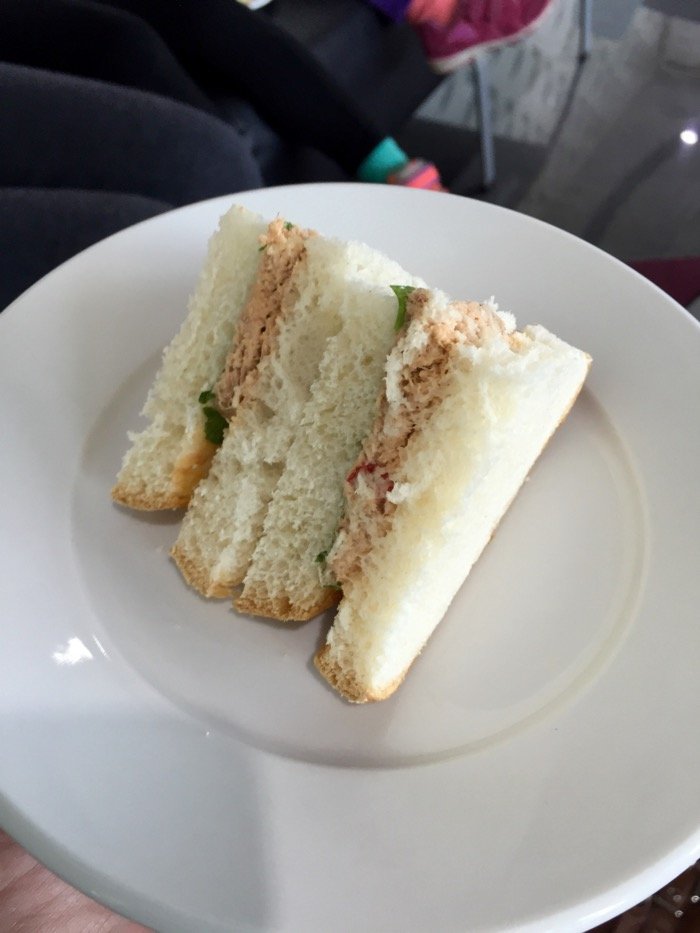 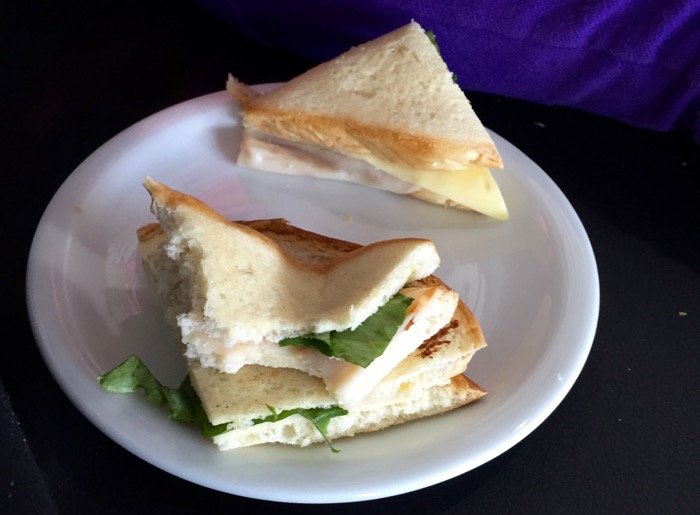 We made one last stop at the restroom and then started heading to our new departure gate.

At the gate, my wife was called up for extra screening. This wasn’t a surprise after her boarding pass printed with the fun SSSS designation.

The screening was basically the telenovela version of TSA security theater. I suppose it makes some people feel more safe. But, it was clearly a superficial show without any substance.

They barely looked in her purse and didn’t even touch the bags she was carrying because she handed them to me while taking her shoes off. I’ve had more thorough checks leaving Costco. But, the whole thing meant we could hang out and look at planes, which my kids enjoyed. And we wound up first in line to board the plane, which is always nice with little monsters in tow. 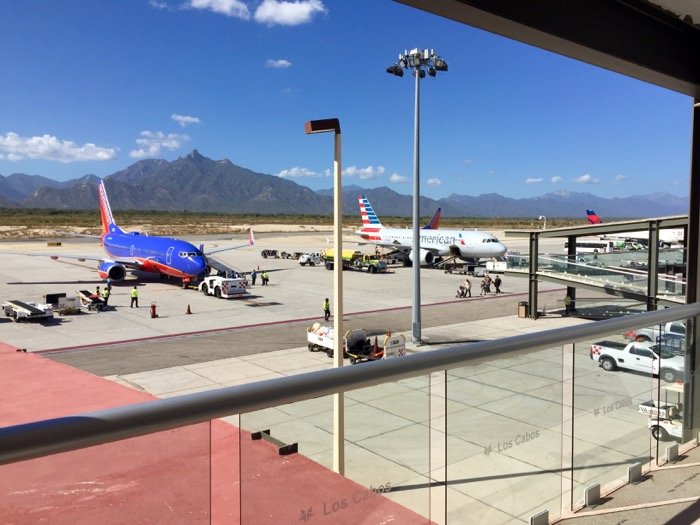 I did manage to get yelled at by the police officer on the tarmac. Apparently the image below is contraband. It clearly represents a fundamental risk to airport security. 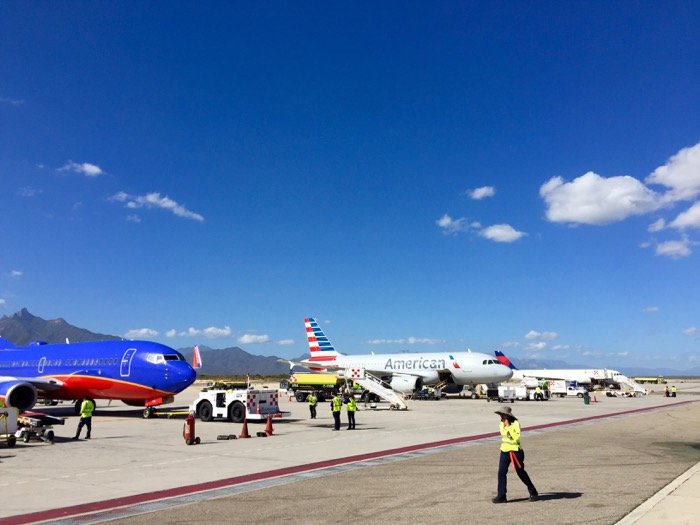 After an uneventful flight back home, we made the rounds picking up dogs and getting back into our normal routine.

I was impressed by the VIP Lounge in Los Cabos. It was definitely the nicest Priority Pass lounge I’ve been to. The service was prompt and the food was good. There isn’t anything that would make me go to the airport early. But it’s great to have access to a clean, quiet space when the terminal is so chaotic.

This place is pathetic. I was there in June 2018. The food is horrible, soda is flat, wifi doesnt work, servers dont walk around to ask what you like. The tuna and turkey sandwiches were the worst food i ever had in a lounge. Service was poor. We ended up going outside to order fast food.

We've been to this lounge on Christmas, 2017, and unfortunately that was the worst VIP room experience i ever had (though not all over the world, but at least a dozen..) If you drink alcohol, you may find it decent. But as a non-drinker, i found it pathetic. The room was a chaos- food residue all over the place, the room was filled with tipsy- or drunk people. I thought i went to a bar instead of a VIP lounge. I can see how friendly the staff to the guests who drink- they had shots over and over. Though the staff did see me and asked what i would like to have, but my sad little cup of tea never came since they were trying to accommodate those guest who had shots, then i just decided to leave. I understand that it's Christmas, people want to have fun. But staff drinking with guests???!!! i have never seen that before. So unprofessional. Did not have food because they were all wrapped with saranwrap, did not look appealing. The starbucks next to the lounge has better service for non-drinkers.

I have been to this lounge 3 times now. 2015,16,17. The first level has decent staff. They actually serve you. The woman who runs the second floor is extremely unpleasant and likes to keep the floor as her personal lounge. Its always empty up there. We heard a patron verbally upset with the service and found the same ourselves. The food, drinks and space are great but they really need to fire the woman upstairs... Unless she owns the place... She sure acts like she does.

24
Introduction: A Week Of Rest And Relaxation In Cabo 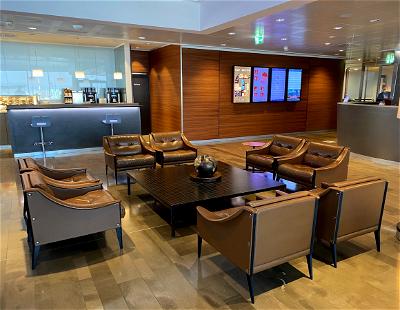 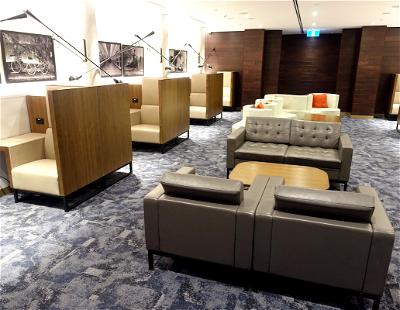 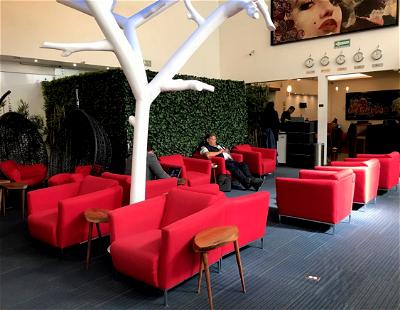