“Ask Lucky” forum member LivinLIfeFrankly posed an interesting question today that I figured I’d chime in on, and I’m curious what you guys think.

Finding a worm in your airline lounge salad

You can read the entire original post here, but to summarize the situation:

Here are the pictures that are included in the post:

Am I being too demanding to ask for something more? Or you guys think, I’m being way too lenient with what has occurred to me? What would be an appropriate compensation?

In my case the answer is “I don’t know.” It does get me thinking, though. I guess my initial thoughts are:

So yeah, I’m not sure. It does sound like Qantas could have handled the situation better to begin with, both in terms of how seriously they took the situation while at the airport, how they apologized to the guest, and with the speed with which they responded to the complaint.

At the same time, I’m not quite sure this situation is on the same level as someone who gets food poisoning on a plane, or if there’s a piece of ceramic in food on a plane that causes someone to chip a tooth, for example.

If this happened at a restaurant, I expect at a minimum the salad would be taken off the bill. Would the entire meal be comped? I’m not sure, I’ve never had it happen, but I’m curious what you guys think. And how does an airline lounge compare to a restaurant situation for these purposes?

I’m curious where you guys stand — what should someone expect in this situation?

@ smokescreen absolutely your food should be washed and sanitised. This is standard practice in commercial catering. Many pesticides are sprayed on food when it is grown, especially for commercial sale, and these are not always removed by water alone. Water also doesn’t kill pathogens like listeria, ecoli and salmonella. The recent ecoli outbreak in Australia came from rockmelons - because they were washed but not sanitised. And then repeatedly cut open on chopping boards, meaning that the outside (which had been washed but not sanitised) came into contact with the freshly cut fruit. And the same knife that cut through th outside was then used to dice the fruit. FYI - I used to work for Dnata in airline catering and am completely aware of the hygiene practices employed in such spaces.

Coming to the end of my vegetarian salad on a recent cruise across the Pacific I discovered a fairly large, dead spider under the last lettuce leaf. Missing two legs which I assume I had swallowed. The waiters were horrified but the chef did not seem too bothered. I escalated to more senior officers and, after discussion, was offered a 25% discount on a future cruise for both myself and my wife. That totalled out to about $1200. A very fair compensation in my opinion.

As mentioned earlier, most Australians would put the salad aside, mention it to a staff member, accept the apology, note that these things happen occasionally and then drink $100 worth of booze to wipe the memory of it. Most of us do not expect compensation for a perceived slight, and as we don't have a tipping culture, our service staff do not fall over backwards to make customers feel they are the most special person in the world in order to have enough pay to cover basic living expenses. I think the offer of compensation (albeit useless to the complainer) was generous. Sounds like a case of DYKWITIA. 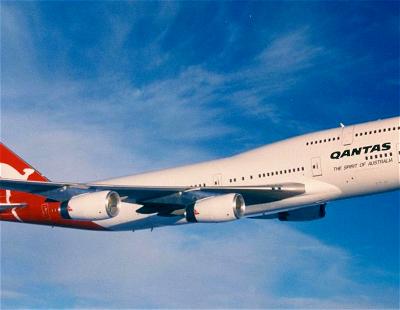