Last March I first wrote about Creflo Dollar, the mega-Church pastor and preacher of “Prosperity Gospel,” who was asking his members to help him fund a $65 million Gulfstream G650. The church even created a fundraising video, which at first I thought was a joke:

After much public outcry, the campaign was eventually halted, though that didn’t stop the church from making all kinds of excuses. They explained that the church needed the Gulfstream G650 so it could carry a dozen people plus 100,000 pounds of food. Clearly they didn’t do any research on the plane, because the Gulfstream G650 has virtually no cargo capacity.

Then in April, Creflo Dollar addressed the situation with his congregation, explaining that the devil didn’t want him to have a Gulfstream:

Even to this day, Creflo Dollar still wants a Gulfstream G650.

Well, in case Creflo Dollar didn’t sell you on the need for pastors to have private jets, his good friends pastors Kenneth Copeland and Jesse Duplantis have their own explanations.

Are you ready for an incredible video? Perhaps the worst part is that they’re not even begging for money, but rather they’re just enlightening us as to how they couldn’t possibly fly with everyone else. They’re just explaining why they can’t fly with demons on commercial aircraft, and why the devil is trying to mislead us into thinking they’re being excessive.

For those of you who don’t have the time to watch the video, allow me to summarize:

1) all those complaining how money could be spent on other things...look in you own check book first. If you are not giving 10% 20% of you before tax income then.... sssshhhh . You got some in house accounting to explain before you tell others what to do. 2) Solomon was the wealthiest man EVER (Gods Man) go ahead complain about him too. 3) I suppose its okay for Tyler Perry to have a G7 and Hugh Hefner of playboy or Eisener CEO of Disney or name whatever other person cause they are all doing so much good for the world. You should really go after John Travolta My gosh hes got 5 or 6 planes 2 of them are 747's Where is your complaining about what they do with their money? 4) Realize that once you get in the plane owning life upgrading to the next one is just a transaction. We all start in an apartment and then buy a small townhome then a house then A big house then ... you get it. Kenneth Copeland for example has been a pilot since 1965 So go figure his time in that industry. Oh and when they pass away, they plane stays with the ministry. ITS NOT THEIR PERSONAL PROPERTY Mind your own business stop whining about what you dont haveits call envy (BTW that one of the 10 commandments)

Children's charity for starving infants ask for ten dollars a month to save a child's life. They are certainly real children with emaciated bodies in agony. Is that something people should support? Does god ride in a private jet, or is this god allowing children to die? I choose to think god would help a dying child first. amen

Absolutely ludicrous that any true Christian can justify this ridiculous waste of money that could and should be going to people that truly need it. True Christians do NOT need their own jets or to spend money on frivolous purchases. They will face their judgement before God and their behavior, actions and selfishness will be acknowledged. 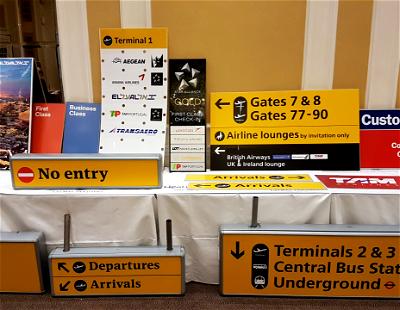