In mid-March I wrote about Creflo Dollar, the “prosperity gospel” preacher who wanted his congregation to fund a new $65 million Gulfstream G650.

As the church explained it, they were looking for 200,000 people to give contributions of $300 or more to make this a reality. They even created a nearly six minute promotional video trying to convince people to contribute:

“Project G650,” as it was called, was quickly withdrawn, though that didn’t stop the church from justifying the project, explaining we were missing the point. After all, Creflo Dollar was planning on transporting 100,000 pounds of food with him on the G650… never mind the fact that the maximum takeoff weight of the plane is less than 100,000 pounds.

And now the story gets even better. This past weekend Creflo Dollar returned from a “sabbatical,” and addressed the private jet situation with his congregation. And it’s amazing:

But the most shocking part isn’t even what he says, but rather the response of the congregation. This wasn’t their response (as I would have hoped): 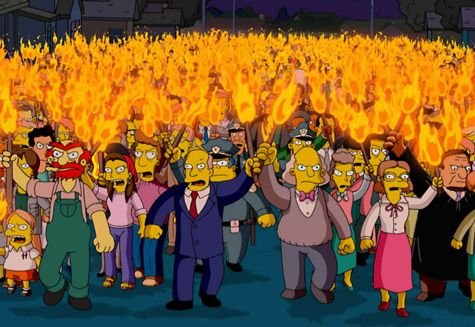 Instead it was this: 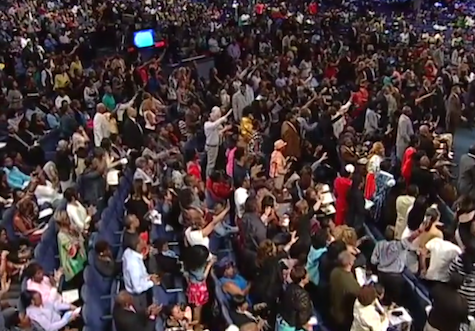 (Tip of the hat to @tarheeljason)

Listen, I was watching one of Creflo's programs on TV. And he was saying "I'm the devil" more than a few times. He was also pretending to speak in tongues. This guy can't be trusted with anything. Trying to get the congregation to pay for his jet is based on financial greed when there are charitable organisations he can donate to.

Editorial Update: sentence should have read. I found this whole blog ironic when Lucky was publicly shamed for his kickstarter campaign to fund a trip in a Etihad Residence private suite.

Dear @Ken First, sorry for the delay. Ignoring someone and suggesting a group of people become a dangerous mob (see picture above) are entirely different things. I found this whole blog ironic when was publicly shamed for his kickstarter campaign to fund a trip in a Etihad Residence private suite. His response about that campaign: "But what I found incredibly fascinating is just how incensed some people were. They couldn’t just say “hah, this idea is nuts,” but instead had to call me and especially the people that backed the project idiots, telling them that something like this shouldn’t be allowed, and/or that they shouldn’t spend their money this way. That concept fascinates me. Like I said, it’s totally beyond reasonable to think the project is crazy, but to judge people that feel otherwise and choose to contribute is just mind-boggling." I complete agree with his statement about the kickstarter campaign AND Pastor Dollar's request of his supporters to fund a plane for his ministry.