Yesterday I wrote about how it was rumored that Virgin Atlantic would launch a new route between London and Austin. There’s an update — this route has now been confirmed.

In early December 2021, Virgin Atlantic’s Chief Commercial Officer revealed that the airline was finalizing plans to launch a new route to the United States. The intent was for the route to launch in the summer of 2022, and it’s a destination that was described as serving both “leisure and business travellers” (then again, which route doesn’t?).

There has been a lot of speculation about what Virgin Atlantic’s next destination could be. People threw around all kinds of potential cities, from Austin, to Houston, to Minneapolis, to Portland, to Salt Lake City, to San Diego, to Tampa.

Well, it’s now official. As of May 25, 2022, Virgin Atlantic will launch a new 4x weekly flight between London (LHR) and Austin (AUS). The flight will operate with the following schedule:

The flight will operate in both directions on Mondays, Wednesdays, Fridays, and Sundays. The 4,915 mile flight is blocked at 10hr30min westbound and 8hr55min eastbound.

Austin has been one of the fastest growing cities in the United States for several years now. Many people are moving to Texas for the tax benefits, and if you’ve gotta move to Texas, Austin is as good as it gets (or something like that).

Virgin Atlantic will be facing some stiff competition on this route. In 2014, British Airways launched flights between London and Austin, and the airline has had great success on the route. Capacity on this route has increased significantly over the years, and at times British Airways has even scheduled Boeing 747s to Austin. This coming summer, the airline is planning daily service with its flagship Airbus A350-1000.

What does Virgin Atlantic bring to the table? There’s a transatlantic joint venture between Virgin Atlantic, Delta, and Air France-KLM, as the airlines share revenue and coordinate schedules across the Atlantic. So this would give that joint venture service between the UK and Austin, as an alternative to British Airways’ service.

That being said, it seems to me that Virgin Atlantic will be facing major challenges on this route, at least compared to British Airways:

I’m by no means suggesting that Virgin Atlantic will fail here, but the airline will definitely have a tougher time in Austin than British Airways did. Virgin Atlantic is heavily reliant on the market between London and Austin, rather than the consolidated Europe to Austin market.

Virgin Atlantic will be launching flights to Austin as of May 2022. The airline will operate 4x weekly flights using Boeing 787-9s. It’s great to see Virgin Atlantic launch a new route to the United States, though this route seems particularly challenging to me. I’m curious to see how this market evolves over time, and whether Virgin Atlantic adds or cuts frequencies to Austin over time.

What do you make of Virgin Atlantic flying to Austin?

I flew into Austin from Cancun late last year on AA. The arrival experience wasn't the best and we were the only arriving flight. Only one baggage belt BEFORE immigration and customs. (Thats the only place I have seen the baggage collect before immigration.) So if your bag comes off last you will be at the back of the immigration queue. There aren't that many desks available either. If they get more and more international flights especially big planes from Europe they are going to struggle. I think there is only 6 international gates and there will be AM (MEX), BA (LHR) AA (CUN, LIR, PVR, PUJ and SJD) B6 (CUN), LH (FRA), WN (CUN, CZM, PVR, PUJ), NK (CUN) VS (LHR) and VB (MEX and MTY) How are they going to handle that traffic with 6 gates, 1 baggage belt and a handful of border desks? Or is there another international arrivals hall?

Houston is probably the most diverse US city. Of course some hate it, but many like it, that is why the greater metro population is now around 7 million.

DL atleast is trying to increase service to AUS via partners. AA has succeeded in adding service to AUS, but UA has given up and it is heavily relying on nearby IAH. And UA has not grown much in IAH either. Still IAH and DFW have the other "foreign" carriers, EK, QR, TK etc which drives the VFR and ethnic traffic. Perhaps one of these 3 might start one to AUS. Even now many drive to IAH (and some to DFW) to catch flights to one of these carriers. However I often see AUS discounted when compared to Houston, so now some of us are going to AUS to catch flights, especially international. 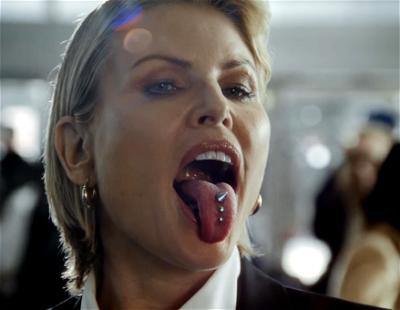