Passengers on yesterday’s United Airlines flight from Athens to Newark had a very long day, as the flight was delayed by five hours on departure, then diverted to Iceland, and then arrived at Newark nearly 10 hours late.

However, as details of the flight emerge, I can’t help but be impressed by how United handled this situation, because it seems the airline made the best of a tough, unavoidable problem.

United Airlines operates a daily seasonal flight between Athens and Newark using a Boeing 787-10. On Sunday, August 14, 2022, UA125 was scheduled to depart Athens at 12:15PM and arrive at Newark at 4:00PM. The flight was blocked at 10hr45min, and was supposed to cover a distance of just under 5,000 miles.

Here’s what actually ended up happening:

There’s no denying that this was a really rough travel day for all involved, as being delayed by nearly 10 hours isn’t fun. Naturally you might also think that United majorly screwed something up here, to cause a situation like this. However, as I take a look at what we know, I think United actually did a remarkably good job…

Why a United 787 diverted to Iceland

So, what caused all of these issues? According to passengers onboard, they were told that the original captain for the flight had tested positive for coronavirus. While United hasn’t officially confirmed that, the airline stated the reason for the delay was an “unexpected crew scheduling disruption,” so that kind of adds up.

Piecing together the details, what likely happened here? Here’s how I think this played out:

It also sounds like the crew handoff in Iceland would have gone smoothly, except there was a sick child who had to be offloaded at Keflavik Airport.

That then caused a further delay, because a medical kit had allegedly been used for the sick passenger, and a replacement one was required before the flight could continue.

By all accounts the crew was extremely professional throughout the situation.

Kudos to United on this

Assuming all of this played out the way I imagine (which I think it did, based on passenger reports), then I’m extremely impressed by how United handled this situation. There’s nothing an airline can do about a pilot testing positive for coronavirus, and that’s going to cause major issues when you’re 5,000 miles from your closest pilot base.

With that in mind, clearly United developed a plan immediately, repositioned pilots to Iceland, delayed the flight out of Greece to minimize the time the plane would spend on the ground in Iceland, etc. Unfortunately a child apparently became sick, which caused a further delay in Iceland, but again, that’s not within the carrier’s control.

That doesn’t take away from the fact that this was very frustrating for passengers, and made for a really long day. But I also think it’s funny how some passengers criticize the airline, claiming United “could have made different decisions,” and that “going to a remote airport with no infrastructure was not smart.” I’d like to hear this guy’s plan. 😉

Also, to passengers on this flight, keep in mind that thanks to EU261, you’re entitled to 600 Euro cash compensation for the delay. So to the lady saying United better reimburse her for the hotel at Newark, you’re actually entitled to much more.

Yesterday’s United Airlines flight from Athens to Newark had a major disruption due to a pilot testing positive for coronavirus. Since a relief pilot is needed for a flight of this length, the plane ended up making a stop in Iceland, where new pilots took over.

The plane landed at Newark nearly 10 hours late, so this was no doubt extremely frustrating for passengers. However, operationally I couldn’t see a much better outcome, and I think United deserves some credit for trying to make the best of a bad situation.

What do you make of how United handled this situation?

This story also demonstrates the lack of understanding and utter selfishness of some people and there's nothing UA (or any other carrier) could have done to appease them. Yes, it's no doubt, frustrating, but until the day that airliners are able to fly without qualified crewmembers, these things are bound to happen. If only people realized the "symphony orchestra" that collaborates to perform miracles and minimize the effects of these kinds of irregular operations. Things fell into place as best they could, but it could have been far worse. Keep in mind that IROPS bring no joy to airline employees responsible for getting this flight from A to B and it isn't fun for the company either.

I'd argue they've handled the SUmmer chaos better than most... 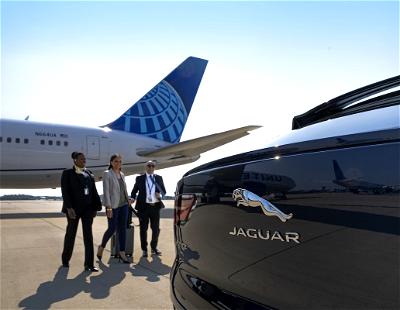