I think this is more or less what we were expecting, but it’s good to get it confirmed anyway.

As reported by Executive Traveller, SWISS intends to launch a new first and business class product in 2025. The products that the airline is selecting should look familiar. Since SWISS is part of Lufthansa Group, the airline will be adopting Lufthansa’s new premium products.

You can expect that Lufthansa’s new first class suite will also make its way to SWISS. The seats should have the same “bones,” though the finishes will reflect SWISS’ branding. We have reason to believe that this will be a pretty epic product, hopefully mostly as good as Emirates’ new first class.

Meanwhile Lufthansa’s new business class will also be introduced on SWISS. Each seat will feature direct aisle access, and you can expect some “business class plus” seats in the first row, to take advantage of space that would otherwise be wasted. Once again, the finishes will be a bit different than on Lufthansa, reflecting SWISS’ branding.

Admittedly SWISS isn’t quite as in need of new premium products as Lufthansa is. SWISS already has pretty nice first class suites, plus staggered seats in business class.

Actual details regarding SWISS’ plans are still limited, though the airline plans to share more information in 2023. It makes perfect sense for Lufthansa Group to align products between airlines, in terms of passenger experience, maintenance, purchasing costs, etc.

Which planes will get SWISS’ new premium cabins?

SWISS has no plans to retire its 777s or A330s, though the current plan is to retire A340s as of 2025. Even though Lufthansa is introducing its new premium products in 2023, this explains why SWISS is only introducing these new cabins in 2025 — it’s because that’s when the airline is next taking delivery of new long haul jets.

SWISS plans to introduce these new cabins on newly delivered jets, and we don’t yet know if existing jets will get these cabins.

What also remains to be seen is which long haul jets SWISS will take delivery of. Lufthansa Group has Airbus A350-900s, Boeing 787-9s, and Boeing 777-9s on order. While we know that the 777-9s are only headed to Lufthansa, the other types of jets could be headed to a combination of Austrian, Lufthansa, and SWISS.

If I had to guess, I think it’s most likely that SWISS exclusively gets A350s and not 787s. That’s because SWISS will maintain first class throughout its long haul fleet, and Lufthansa has only announced plans to install first class on A350s, and not 787s. So logically it would make the most sense if Austrian and Lufthansa take all the 787s, while Lufthansa and SWISS take all the A350s.

I could be wrong, but that’s what makes sense to me…

SWISS plans to introduce a new first and business class product in 2025. This product should largely match the new cabins that Lufthansa has unveiled, except with SWISS branding.

The logic for the timeline is that SWISS is expected to take delivery of new long haul aircraft as of 2025, when the airline retires its A340s. While we don’t officially know which planes SWISS will get, it seems more likely to me that SWISS will exclusively get A350s, rather than 787s.

What do you make of SWISS’ new premium cabin plans?

I don’t get the hate LH J seats get. I know they are less private but they are so much more comfortable than the staggered throne seats LX has.

How ludicrous. 2025? Jeez *I* might as well say I'm introducing a new First and Business class in Three years too. Heck we could All say it. Actually in three years I'm going to be living on the moon - watch this space. 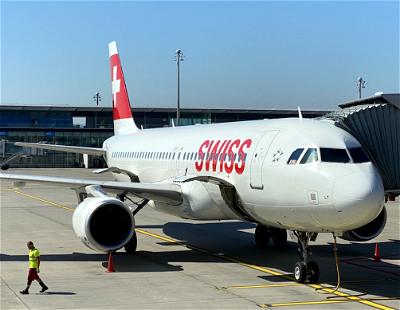