Marriott Bonvoy has announced its status soft landing policy for 2023, for situations where someone didn’t qualify for a particular elite tier based on their activity in 2022. Specifically, elite members who didn’t achieve the published criteria to maintain their status will only drop down at most one elite tier.

This is interesting, because just a few weeks ago, Marriott Bonvoy revealed that it wouldn’t offer status soft landings, except in the case of Ambassador Elite members. So it seems there has been a change of heart here.

More recently, when Marriott Bonvoy was launched, the program downgraded members at most one or tier elite tiers per year. Obviously this wasn’t a concern for a couple of years, given the status extensions we saw due to the pandemic.

I’m not surprised to see Marriott updating its policy

Airline and hotel loyalty programs are in a tough spot when it comes to deciding on status extensions.

While that’s a problem, I imagine Marriott also doesn’t want to lose the business of any members who might not quite be back on the road the same way as pre-pandemic. By only dropping them at most one tier, Marriott probably hopes these members stay engaged in the program.

If anything, I’m surprised Marriott isn’t extending status in a more regionalized way, for people in countries that have had significant travel restrictions.

What do you make of Marriott maintaining its status soft landing policy?

The writing has been on the wall for a while - Marriott has in recent years decided the more higher level ‘elites’ the better for the bottom line and Marriott status is therefore increasingly useless in terms of benefits. All those who last earned Titanium in 2019 will now still be in the lounge and taking upgrades away from others in 2023 four years later…

He likely got 15 days each from his three credit cards plus 3 free stay nights from the card benefits. He would only need to pay for 2 days to requalify for Platinum status. Theoretically could qualify without paying a dime if he stays on points. It's a wee bit ridiculous to be honest. I finally got to Platinum this year and I'm like "what's the point"? Marriott almost never upgrades even if you ask. There's always "a full house tonight". Or they just refuse without a good reason and people with no status at all are getting better rooms than you. I did requalify for status with Delta this year and they've finally dropped their COVID extensions. I'm curious to see if the upgrade list will look less clogged this year, pre-covid I had a decent chance of getting to Economy plus at least, but this year I was always down in the 30s even for E+. There was even a case where a gate agent refused to upgrade despite available space, insisting he had done upgrades already (yes, I was high enough on the list).

I don't think this is right. I think people should qualify based on the nights they receive. For example if in a particular year you had 75 nights or more for Titanium but then the next year you got less than 50, you should be gold based on that. Downgrading one tier is not right if you don't meet the requirements for that status. 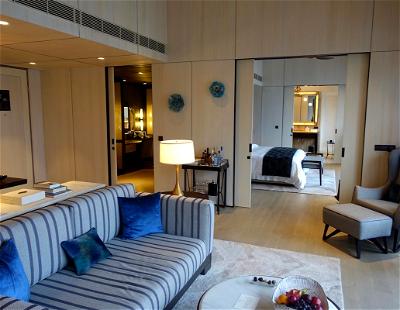 56
Marriott Bonvoy Devaluation: How Bad Will It Be?