There’s currently a labor shortage in the United States, and as you’d expect, that’s also impacting the travel industry. The CEO of one hotel investment group thinks that the solution is for guests to tip more, rather than for hotels to raise wages.

Hotel chain CEO wants guests to tip when they arrive

HEI Hotels and Resorts is an investment firm that owns over 80 hotels in the United States, which are branded as Hiltons, Hyatts, IHGs, Marriotts, etc. CEO Ted Darnall has noted how much the hotel industry is being impacted by the labor shortage, since hotels just can’t get enough help.

He thinks there’s a solution to this shortage — nope, not higher wages, but rather guests tipping more. As Darnall explains:

My take on tipping at hotels

I want to try to share some constructive thoughts, rather than saying “just pay everyone a good wage so we don’t have to tip.” That’s not how many parts of our economy have worked for decades, and that’s unlikely to change anytime soon. That being said, there should be limits to tipping expectations, in my opinion.

The direction the hotel industry is headed is very clear — hotels want you to pay more for your stay (including tipping more), and they want to provide less. Hilton’s CEO has warned that hotel service cuts (including labor cuts) are largely permanent, as he wants hotels to be higher-margin businesses with more labor efficiencies.

It’s disheartening the extent to which hotels want it both ways. Ultimately consumers are going to vote with their wallets, because not every hotel group is going to offer less.

The hotel industry is dealing with a labor shortage, as is so much of the economy in the United States. The CEO of one major hotel investment group thinks the solution is to get guests to opt-in to gratuities at check-in, rather than raising wages. This is all at a time when major hotel groups are trying to cut back service long term and become higher-margin businesses. I don’t love the direction this is all headed…

What do you make of this hotel group CEO’s desire for bigger tips from customers?

Share
Tweet
Conversations (402)
The comments on this page have not been provided, reviewed, approved or otherwise endorsed by any advertiser, and it is not an advertiser's responsibility to ensure posts and/or questions are answered.
Write a comment
Cancel reply
Report a Comment
Thanks for letting us know!

Submitting...
Featured Comments
View all comments (402)
Write a comment
Most helpful comments ( as chosen by the OMAAT community ).

Wages haven't gone up for far too long. At this point, it's not worth it for most people to take starvation wages with no benefits. People have had a year to figure out how to replace their meager incomes, and they have now done so, often with informal businesses. The US economy is starting to look like Mexico, with a significant underground/informal component. Corporations, do you want workers? Pay them fairly and provide benefits. Turns out that everyone had a year to realize they were both getting screwed, and that they had other options.

There is a field called labor economics which studies labor markets and wages. They have analyzed plenty of historical data and the current shortage is likely driven by a number of factors, such as lack of access to child care, continued fear of exposure, etc with the enhanced unemployment benefits only playing a very minor role. You see the same shortages in areas that have ended the benefits and there is also a much higher rate of people quitting their jobs, and those people do not qualify for any benefits. It's a popular position in some political circles to blame the enhanced unemployment benefits for the decreased access to cheap labor, but it just isn't consistent with what is actually happening.

look at this review of this moron on Glassdoor: "The COO, Ted Darnall, came to visit our property and the words out of his mouth was, "We don't care about guests, we don't care about surveys. We are a Real Estate Company and value of the land beneath us is all that matters." Then he spent the next two hours blabbing on about how great he is and made us all stand up to listen to his borderline sociopathic speech. Some leadership... Advice to Management: Fire Ted Darnall and get a COO in that isn't a sociopath/dictator. Allow people to LOVE their job, not just work them to the point of a nervous breakdown." 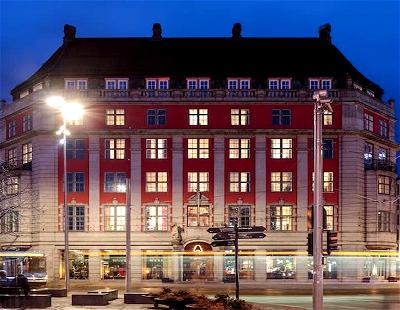