While it’s common for people to try to enter the United States in hopes of a better life, this has to be one of the more unusual attempts to enter the country…

Antonov An-2 flies from Cuba to USA

On Friday, October 21, 2022, a 29-year-old Cuban man flew an ancient Soviet-era crop duster from Cuba to the United States, presumably seeking asylum. The man has been identified as Ruben Martinez.

The man flew a single-engine 1940s Antonov An-2 crop duster from Sancti Spiritus, Cuba, to Dade-Collier Training and Transition Airport, in the Florida Everglades. I’ve written about this airport in the past, because at one point there were plans for this to be the world’s largest airport.

Around 11:30AM on Friday, after flying 270 miles, the man radioed air traffic controllers, claiming to be low on fuel and requesting permission to land. A man who was fishing off Islamorada even captured video of this plane buzzing the water.

Upon landing at the airport, the man took a picture in front of the plane. He seemed to even have a pilot uniform on! The man allegedly used this plane for work back in Cuba, as he did fumigation.

The man is now in the custody of US Customs and Border Protection officials, and Homeland Security is investigating the incident. Authorities are now trying to figure out how exactly he managed to fly by the Naval Air Station Key West and the Homestead Air Reserve Base without being detected.

Based on the video footage of the plane near Islamorada, it seems that he flew very low, maybe too low to be detected on radar.

I’m certainly not an expert on the US immigration and asylum process, but I would think that he’d be eligible to at least have a hearing, before being deported.

The man’s mother (who lives in Cuba) claimed she didn’t know he was planning on leaving the country, and she wasn’t detained by authorities. According to her:

“Those are decisions he made. I do not agree with them. I am from this country, I am an old lady set in my ways, but the youth make their own decisions and follow their path.”

While a lot of people try to travel from Cuba to the United States to seek asylum, it’s much more common for this to happen by boat than plane.

Regardless of how one feels about different methods of immigration, my heart hurts for someone who does something this drastic, risking their life and freedom, and also leaving their family behind without warning, possibly never being able to see them again.

A man flew an Antonov An-2 from Cuba to the United States, and ended up landing at the Everglades’ fascinating airport. The man evaded authorities during the flight, but was detained upon landing. I’m rooting for him to stay — after all, we have a pilot shortage, and this guy knows what he’s doing!

What do you make of this Antonov An-2 flight from Cuba to the United States?

The AN2 is an incredible airplane. While it looks like quite the anachronism (and it is) they were produced in vast numbers by the Soviets/Russians and Warsaw Pact allies for decades -- from the late 1940s right up through 2001! (in fact, I believe they are still building them in China). There are thousands of them all around the world, with many still in use. Simple, rugged, and built like a brick chithouse, they are arguable one of the world's most successful aircraft designs of all time. After the fall of the USSR they became more commonly seen outside the Soviet bloc and third world countries. I've seen half a dozen of them here at a small airport in the US (including a few stacked up like cordwood with wings removed). If you visit eastern Europe you will find them still plentiful. In the photos here, this one doesn't look like it was set up as a cropduster - usually the spray gear is pretty elaborate. These planes were (and continue to be used) for just about anything you could imagine. Amazing aircraft.

"with DeSantis probably blowing a gasket by now….” Being against *Cuban* immigrants who fled to the US does not get you elected to statewide office in Florida. 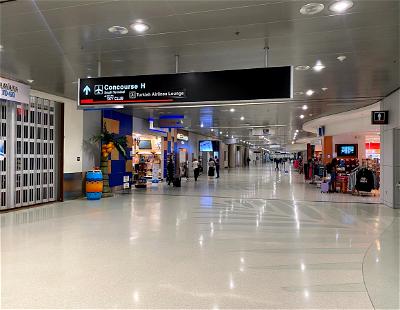 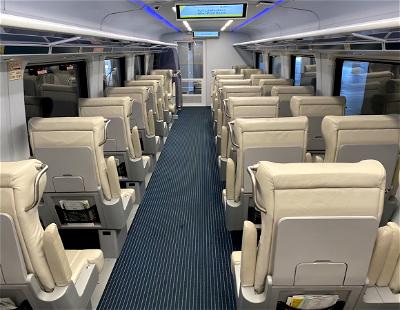