We’ve progressively seen more locations revealed for future Chase lounges. Up until now we’ve known that Chase will open lounges at a minimum of nine airports, though only six locations had been revealed. That has changed, as the seventh lounge location has been revealed — it’ll be Washington Dulles.

Let’s cover everything we know about these lounges so far.

Basics of Chase Sapphire Lounge by The Club

JPMorgan Chase has announced plans to introduce airport lounges, which will be known as Chase Sapphire Lounge by The Club. Chase describes this as offering a “fresh approach to the lounge experience.” Chase’s entry into the lounge space is being done in collaboration with Airport Dimensions, which operates existing airport lounge group “The Club” (which are perfectly fine, but aren’t particularly remarkable).

We have some details about where the first lounges will be located, when they should open, and who will get access.

Chase has formally announced that it has plans to open nine airport lounges. The first seven Chase Sapphire Lounge by The Club locations have been revealed, with six being in the United States, and one being outside the United States. Specifically, there will be lounges in:

We don’t yet know where the other two planned lounges are located, though I’m sure we’ll find out soon, based on filings with airports, if nothing else.

While no exact opening dates have been given yet, it’s expected that at least a couple of these lounges should open in the coming months. Boston and Phoenix seem most likely to open this year (in 2022), while San Diego is expected to open in late 2023. It remains to be seen when the Las Vegas, New York, Washington, and Hong Kong lounges will open (and in the case of the Hong Kong lounge, I can’t help but wonder if it’s even happening at all anymore).

In terms of lounge sizes, we do have a sense of the size of four of these lounges:

Interestingly Hong Kong, Las Vegas, New York, and Phoenix, already have Centurion Lounges, while Boston, San Diego, and Washington don’t (though Washington has a Capital One Lounge coming in 2023).

Further access requirements haven’t been revealed. For example, will day passes be sold? Will Chase Sapphire Preferred cardmembers be able to get access at a discounted rate?

It’s kind of funny that this will be branded as a Chase lounge, but the Amex Platinum and Capital One Venture X should get access as well, since they also offer a Priority Pass membership.

What should we really expect from Chase Sapphire Lounges?

Even as we learn more details, this lounge concept is still kind of confusing to me:

It’s awesome to see Chase get into the airport lounge game, though at the end of the day I think you can only get so excited about credit card lounges in the United States, given how many people have access. The broad access requirements — and opening them up to all Priority Pass members — realistically limits how nice these will be.

Personally I think the only really exceptional credit card lounge in the United States is the Capital One Lounge DFW, which has some pretty awesome amenities.

A new lounge concept will be debuting in 2022, in the form of Chase Sapphire Lounge by The Club. Chase has revealed that nine lounges are planned, and so far we know of seven of those locations, including in BOS, HKG, IAD, LAS, LGA, PHX, and SAN. We should expect them to be accessible by all Priority Pass members, which would include those with the Chase Sapphire Reserve.

I wouldn’t get too excited here. Ultimately this just seems like a branding opportunity, and I wouldn’t expect these to be competitive with Centurion Lounges or Capital One Lounges in terms of the experience. Still, more lounge capacity is always a good thing.

What do you make of Chase’s new airport lounge concept?

This is basically a non-announcement. LGA and BOS are getting a "Club," and Chase is going to tie its name to what will most likely be the second worst lounge at HKG.

The new BOS lounge is absolutely behind security. They're creating a post-security walkway (moving walkway in some places). Go to the Massport site to see a video about it. What I don't get is when it's opening. It was supposed to be "early 2022" but I haven't heard any updates.

I suspect that Chase is going to be disappointed with the reception of people at the Boston lounge. Between Terminals B & C is a long, narrow connector corridor that just feels inconvenient. You're not in either Terminal B or C, and you certainly aren't behind the security checkpoints. BOS is my home airport and as a Chase cardholder, I probably wouldn't go out of my way to visit. I'd rather get past TSA and THEN relax in a lounge somewhere. 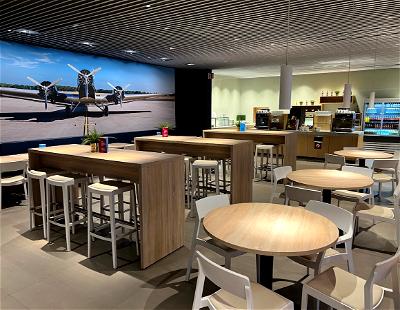 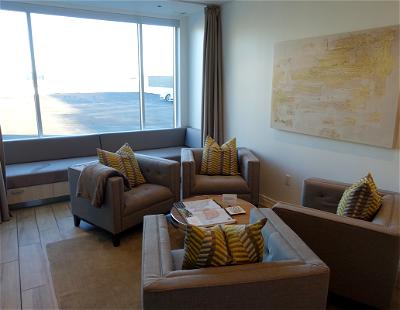 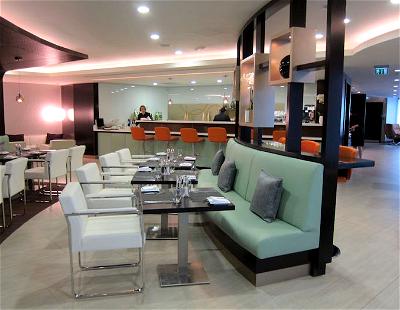