British Airways Executive Club has devalued short haul partner awards on Cathay Pacific and Japan Airlines, and the way that the program is going about it is both frustrating and strange.

British Airways Executive Club has distance based award pricing, and historically pricing has been mostly the same across partners. Here’s what that partner award chart looked like:

As initially spotted by Miles To Memories, within the past week the number of Avios required for awards on both Cathay Pacific and Japan Airlines has increased. This only impacts short haul awards (covering a distance of up to 2,000 flown miles), and the devaluations on both airlines are slightly different.

For travel on Cathay Pacific, here’s how pricing has changed:

For travel on Japan Airlines, here’s how pricing has changed:

As you can see, the worst devaluation is to Cathay Pacific business class awards covering a distance of 651-1,150 miles, where the cost has increased by 52%.

My take on this British Airways Executive Club devaluation

The British Airways Executive Club program very much feels like it’s going from a distance based award chart to basically just having dynamic award pricing. British Airways no longer formally publishes its partner award chart, and we’ve seen some devaluations in the past:

A couple more thoughts on these changes…

These changes were made without notice or acknowledgement

Back in the day British Airways Executive Club would provide advance notice of program changes, but not anymore. For the past several years that hasn’t been the case, and it’s extremely frustrating. Members spend a long time racking up Avios, only to have the goalposts change without notice.

But I’ll take it a step further — what’s frustrating is that British Airways won’t even really acknowledge these changes, or provide details, even after the fact. Head for Points notes how a British Airways spokesperson did acknowledge changes happened, but when pressed for details, the answer was “unfortunately we’re unable to provide that level of detail.”

This is such bad form. Seriously, they’re “unable” to provide that level of detail, or they just don’t want to? Because it has been pretty easy to piece together what has changed, so I don’t think this is a function of being “able” to do anything…

What was the motivation for these changes?

There’s a possible interesting twist here, though. Prince Of Travel notes how the new British Airways Executive Club pricing largely matches what Cathay Pacific Asia Miles and Japan Airlines Mileage Bank would charge for members of their own programs.

As you can see, while the distance ranges are a bit different, the points required now more or less match what British Airways Executive Club is charging.

You might think that’s a coincidence, but it’s the same story with Japan Airlines Mileage Bank. Here’s the economy award chart:

I guess there are a couple most likely explanations here:

These changes are extremely frustrating, especially the lack of communication around them. Historically British Airways has been known for its consistent distance based award pricing, but with different partners getting different pricing, it’s starting to feel a lot more like a dynamic program.

I’d be fascinated to know the motivation behind these changes, in particular why these two partners were devalued, and how the pricing matches what those programs charge directly. Clearly something is going on in the background.

What do you make of this Executive Club partner award devaluation?

British Airways appears to have either restricted or eliminated eligibility for economy-level redemptions on JAL beyond October 31.

That's the risk with holding too many AIRLINE or HOTEL points..... However, some of their rewards are still pretty good compared to other airlines.

So, looks like the old BA arrogance is back, in their lack of even acknowledging adverse changes after the event. Well it was merely mildly suppressed; you can never get rid of certain traits when it is firmly embedded in a nation's very DNA ! Let's hope it doesn't herald a resurgence of the snooty senior cabin crew. 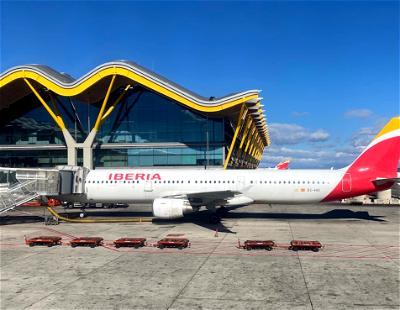