Executive Platinums can now board with first class

American AAdvantage Executive Platinum members can once again board with Group 1, which is the same group as first class.

For some context, the policy up until this point was that:

Why is American Airlines making this change?

While we can only speculate, I think it’s not too tough to figure out the logic here, as this change coincides with Platinum Pro members becoming oneworld Emerald members:

How does American’s boarding priority for top-tier elite members compare to the policies of Delta and United (I’m excluding invitation only elite tiers here)?

Personally I think Delta (and now American) have the right idea — allowing top-tier elite members to board with first class seems fair, since these members are otherwise entitled to unlimited complimentary upgrades domestically, and clear more often than not.

I find United’s policy to be unnecessary. Sometimes a majority of passengers in first class are Global Services and Premier 1K, and I’ve found it often creates a bottleneck, since you have other first class passengers lining up to board, and then all the elite members have to squeeze their way around them to get onboard.

American AAdvantage Executive Platinum members can now board with first class (Group 1), which is an upgrade over the previous Group 2 boarding priority. This comes as Platinum Pro is being made oneworld Emerald, so I guess American wants to differentiate boarding between tiers.

What do you make of American’s new boarding priority for Executive Platinums?

Haha love how you get mad that i share that exit rows can board whenever. Like i am committing a crime or something, Im sorry i forgot AA is the pinnace of integrity. I should turn my self into the nearest police station for boarding with group 2 when i was group 4.

I'm a 1K with United. I love preboarding, especially if I have a carry on.

I am a United 1K member and I admit that the pre boarding means something to me. Group 1 can be (and has been) quite substantial, so giving people who fly your airline (at least 100K miles a year) more than others is a good way for the airline to encourage and reward loyalty. Because of this and some other perks, United is the first airline I check for my travel. That works for the airline and works for me. 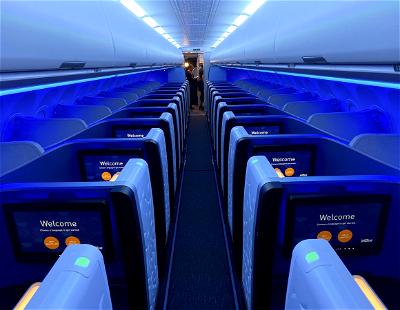